State Street Global Advisors, a subsidiary of the State Street Corporation, has been making big M&A moves to bulk up its business and is reportedly eyeing an acquisition of Invesco, another big investment manager. What do you make of the Boston brahmins’ long-term ambitions to compete with the biggest Wall Street firms? A possible tie-up with UBS fell apart last year, but Cyrus Taraporevala, the C.E.O. of State Street Global Advisors, seems undaunted.

State Street Corporation, with a market value now of around $31 billion, has been a long-rumored Wall Street acquisition candidate, especially in the years since the financial crisis when the Federal Reserve forbade the big surviving banks from making additional horizontal mergers. That’s why JPMorganChase, Goldman Sachs, Morgan Stanley, Bank of America, and Citigroup haven’t made a material acquisition or merger in years. Their prudential regulator won’t permit it. Instead, they have been nibbling around the edges of their business, making what amount to tuck-in acquisitions rather than the transformative mergers that characterized financial services companies in years past. Heck, without big mergers there would be no Bank of America, JPMorganChase, or Citigroup. (It’s worth noting, with some irony, that most of the acquisitions that Goldman Sachs—the perennial premiere M&A advisor—has attempted over the decades have failed.)

Such is the state of M&A among the big banks that last week JPMorganChase bought for an undisclosed sum a tiny company called The Infatuation, a restaurant recommendation website that owns Zagat, the restaurant guide pioneer. (The idea, I think, is to improve the benefits offered to JPMorganChase’s best credit-card customers.) That’s a far cry from the blockbuster merger that combined JPMorgan with Chase 21 years ago. For its part, Goldman recently announced its own tuck-in acquisition of Green Sky, a buy-now-pay-later fintech company, for $2.24 billion.

All of which is to say that State Street is smart to bulk up its assets under management by buying Invesco, if it can. That will make State Street even more attractive to the big Wall Street banks who love nothing more than a business—like asset and wealth management—that generates tons of fees for managing people’s money, while taking very little balance sheet risk. If I’m David Solomon, the C.E.O. of Goldman Sachs, and my stock remains at or near its all-time high, a stock-for-stock merger with State Street must look pretty compelling these days, given that it generates a huge amount of annual fees and doesn’t compete with Goldman’s investment-banking franchise. And, guess what? That’s a merger that just might get approval.

I can’t believe we’re debating the debt ceiling again. The national debt is staggering, to be sure, but America can’t be allowed to default. Is there still a tail risk here for investors? Or is this “debate” just the usual political theater?

Normally, this would just be the usual political theater, the kind of annoying Washington brinkmanship that reveals just how dysfunctional the Congress has become. Raising the debt ceiling has become just another example of deja vu all over again. This time, though, it’s a little different for a number of reasons. First, the Senate Republicans seem determined, as ever, to embarrass a Democratic administration and to make Joe Biden a one-term president, just as it was Mitch McConnell’s stated goal at the outset of Barack Obama’s administration. McConnell failed then, but is betting now that he holds more cards ahead of the midterm elections. He has told Democrats, contra prior convention, that because they control the House and Senate, they are solely responsible for preserving the government’s creditworthiness. Without the 10 Republican votes needed for cloture, Democrats would need to raise the debt ceiling through reconciliation, as part of their multi-trillion dollar spending bill—all so Republicans can campaign against Democratic profligacy in 2022. Biden surrogates including Treasury Secretary Janet Yellen have been making the rounds, in the pages of the Wall Street Journal and elsewhere, encouraging bipartisan action, but McConnell appears dead set on establishing a dangerous new precedent.

The secondary issue at play here is the debate within Democratic circles over Modern Monetary Theory, or MMT, an au courant economic concept that questions whether annual budget deficits and absolute debt levels still matter. Of course they matter and of course debt must be repaid, especially when the projected fiscal 2022 deficit is around $3 trillion and the national debt, according to the Federal Reserve, is $28.7 trillion. There has been talk in recent years of doing away with the debt ceiling entirely, preventing Republicans from using the regular risk of default as a political weapon. But the markets will react poorly to both the failure to raise the debt ceiling—risking the real possibility of a U.S. government interest payment default—or the decision to do away with the debt ceiling. The markets like to believe that the federal government has some modicum of fiscal responsibility, even if it may be a chimera. So enough with the political shenanigans, Mitch, and raise the damn debt ceiling, just as the Democrats agree to do when a Republican is in the White House.

Millions of Americans lost access to pandemic unemployment benefits this month. A.O.C. et al. are pushing to extend those programs, but are meeting resistance from those who worry the Covid-era superdole reduced incentives to work. What’s the Wall Street view? Do your sources worry more about wage pressure or weakened consumer demand?

My Wall Street sources seem especially worried about increasing fiscal irresponsibility (see the answer above), more than the fact that the safety net encourages people not to work. I don’t think anyone on Wall Street believes an extra $300 in the pocket of the unemployed is the incentive they need to stay out of the workforce. That’s a bunch of crap. The benefits for the unemployed and those suffering as a result of the pandemic should be continued.

Thanks to “easy money” policies enacted by the Federal Reserve at the start of the pandemic, interest rates remain at historical lows, benefiting everyone that owns financial assets. That tends to be the wealthy. So the rich have gotten richer—Elon Musk’s net worth alone has soared to $205 billion, from around $35 billion at the start of the pandemic—while the resulting inflation has eroded the purchasing power of those on fixed incomes or who earn middle-class wages. Believe it or not, Wall Street worries about the growing inequality between rich and poor in the country, even of course as they are among the rich. The Fed’s policies have exacerbated the growing abyss between the haves and the have-nots—and that, along with the increasing national debt and deficits, are the major concerns.

But since the days of Bill Clinton’s presidency, there has been no constituency for fiscal responsibility, and that will be a big problem one of these days, although no one can predict when. It hardly seems fair that Musk’s net worth can increase by $170 billion in 18 months while an extra $300 payment to the unemployed is considered controversial.

There was a fascinating Journal story last week about how few men are going to college and graduate school these days, creating a massive gender gap in higher education. One of the few exceptions seems to be business schools, where women are filling less than 40 percent of available M.B.A. spots at top universities. What do you think these programs, and the business community in general, can do to attract more women?

You really want more women in banking, private-equity, and in business generally? It’s simple: make these cultures less about male assholes flouting their testosterone on a daily basis and more about a fair, ecumenical, and balanced work environment where everyone has a legitimate chance to succeed and climb the corporate ladder.

Who wants to be part of a culture that works you to the bone, nearly 24 hours a day, where the bosses—most of whom are white men—make arbitrary and capricious demands, often after they have returned from a weekend playing golf in the Hamptons?

With Wall Street firms making more money than ever before, they can all afford to hire more people, pay them very well, and spread out the ridiculous workload across many, many more people, restoring some semblance of balance to the work day. Until that happens, don’t expect more women, or more men for that matter, to sign up for the Bud Fox lifestyle, especially when other segments of the economy—particularly technology—can offer better pay, benefits, and work environment. It’s not that hard. But inertia is a very powerful force on Wall Street.

You’ve spent all summer on Nantucket, hobnobbing with the swells. What’s the big news from the easternmost point of the United States?

Along with how to combat continued erosion, rising sea-levels, and the lingering consequences of Covid, the big news this summer seemed to revolve around Steve Schwarzman, of all people. Schwarzman, of course, is the co-founder of The Blackstone Group, the powerful investment firm, whose net worth these days is around $38 billion, according to Bloomberg. Schwarzman has homes in New York City, the Hamptons, Palm Beach, and San Tropez, but has decided that he quite likes Nantucket after spending a few weeks renting a home on the island in August.

To that end, what has people buzzing is that Schwarzman and his wife, Christine, decided to buy a 17,000 square foot home, with 31 rooms, 17 bedrooms and 19 bathrooms overlooking Nantucket Harbor and within easy walking distance from the historic and awfully quaint downtown. (The house also has one of the few private docks on the island.) The home’s previous owner—the Frisbie family, a small developer in Nantucket as well as a big developer in and around Palm Beach—had listed the home for sale for just under $30 million and Schwarzman snapped it up, although what he paid is not yet known. In any event, welcome to the neighborhood, Steve! 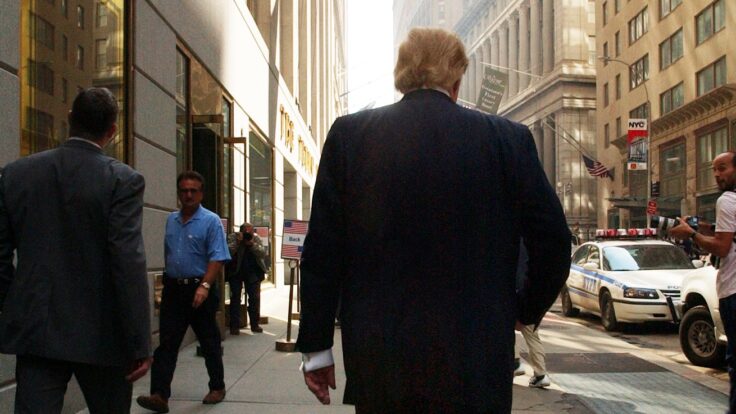 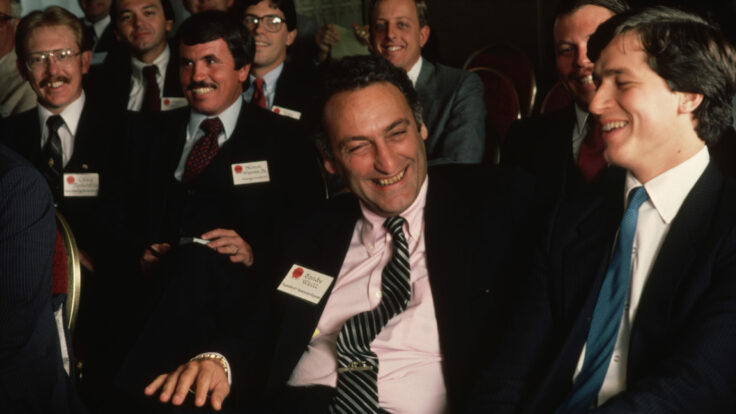 “As Good as It Gets”: Wall Street Eats Its Cake