Confession time: I’ve always been skeptical of attorneys who litigate civil cases in the press. Send me court filings? Wonderful. Explain to me the finer points of law? Certainly. Tell me your client is a totally wonderful human being and it’s the other guy who is scum? OK, fine. But hold a televised press conference to advance the cause? Eh… not so fast.

The problem, as I see it, is that the media becomes merely a tool for leverage, regardless of the merits of the case. Reporters should be cautious here. If something is moving along in court, we can count on various rules of civil and criminal procedure to help sort fact from fiction. But those lawyers aiming to score big settlements by merely playing the public shame card are sidestepping some of the checks inherent in the judicial process. Extra scrutiny becomes necessary when lawyers act as publicists.

For years, Gloria Allred has epitomized, perhaps even perfected, the art of public lawyering. She’s been a trailblazer for the likes of Douglas Wigdor, Michael Avenatti, and her own daughter, Lisa Bloom. No doubt, some of her targets (Donald Trump, O.J. Simpson, Michael Jackson, Charlie Sheen, R. Kelly, etc.) may deserve her hits, but she has also had a habit of handling many client matters without actually stepping into court. What’s more, she espouses a public policy philosophy—allowing N.D.A.s and arbitration clauses for sexual assault victims, for example—that conveniently benefits her law practice but arguably isn’t optimal for female victims in general.

All that said, I’m now reconsidering Allred. At age 80, she’s about to go to trial against Bill Cosby, a fellow octogenarian who, like her, was born and raised in Philadelphia, attended an elite school there, and moved out to Los Angeles in the 1960s. She’s been pursuing Cosby for years and is finally getting the chance on behalf of Judy Huth, who alleges she was sexually assaulted by Cosby as a teenager, at the Playboy Mansion in the mid-70s. The specific claims are sexual battery and the intentional infliction of emotional distress after Cosby allegedly gave her and a friend alcohol, then sat on a bed and molested her. Except for one other ongoing case in New Jersey, from actress Lili Bernard, this is the last bit of legal drama circling Cosby over what dozens of accusers say was a decades-long practice of drugging and raping women. This also represents quite the moment for Allred, who has been around so long she once represented Norma McCorvey, the “Roe” in the 1973 abortion rights ruling, Roe v. Wade, that’s very likely to soon be overturned.

Rather incredibly, despite Allred’s talent for attention, plus Cosby’s own notoriety, it feels like this trial, set to kick off this week in Los Angeles, is flying under the radar. Maybe it’s being overshadowed by other ongoing celebrity libel cases (Johnny Depp v. Amber Heard, Wagatha Christie…). Or perhaps it’s because the stakes seem low, given the outcome can’t result in Cosby heading back to jail, after the Pennsylvania Supreme Court last summer overturned his criminal conviction in a different case.

Nevertheless, the trial really should be followed, not only for Cosby, but also for Allred. Let me set this wild but totally possible scene: Huth rests her case, and now it’s Cosby’s turn to refute her claims. Who does he call to the stand? None other than Huth’s own lawyer, the iconic women’s rights attorney Gloria Allred. She becomes the defendant’s star witness!

That twist might sound like something out of Perry Mason, but it definitely could happen. Allred is asking the judge to preclude that possibility, and here’s what Cosby is arguing in response: “Plaintiffs cannot have it both ways. They seek to make this case about unrelated allegations against [Cosby] on the one hand but seek to preclude [Cosby] from challenging these stories on legitimate grounds that some women may have had strong incentives to fabricate or embellish their stories, in part, because of the media attention they received; media attention that was engineered by their attorney in some instances.”

Cosby further tells the judge that Allred’s role as “publicist” puts her conduct at issue, and he appears to be priming a defense built around the narrative that even if you believe him to be a monster, that doesn’t make every allegation against him true. In other words, Allred becomes part of the thread to explain how and why certain women might have made stuff up or come to faulty memories.

Accordingly, if the judge agrees with Cosby’s argument, Allred would have to explain herself on the stand. If she does so successfully, this trial could become a satisfying coda for Cosby’s accusers, similar to the successful civil case that followed O.J. Simpson’s acquittal in the 1990s. It could also become a last hurrah for Allred herself after a pretty storied career.

A few years ago, I met Allred. She had been following my work and was coming to New York, where I was living. She invited me to get together, and we ended up talking for a couple of hours in a conference room at the New York headquarters of JAMS, the arbitration outfit. (JAMS is located in The New York Times building, which I always found ironic. Do the reporters who work there know that somewhere on a different floor, all sorts of corporate secrets are being told? If I worked there, I’d be staring at the elevators all day.)

The conversation was spirited and mostly cordial, and got most interesting when we debated whether the statute of limitations should be extended for victims of sexual assault. Playing devil’s advocate, I argued that if there is a sexual predator in our midst, shouldn’t we incentivize victims to come forth sooner rather than later to prevent future crimes? She responded that it wasn’t particularly easy for victims to come forward. I had to grant that, indeed, the deadline for filing claims hadn’t prevented the Bill Cosby situation. (I invited her to speak again last week, but she responded she was too busy with her trial prep.)

It wasn’t too long after that meeting that Allred convinced the California legislature to extend the statute of limitations to five years from the date an accuser discovers a psychological injury from a long-ago childhood sexual assault. That partly explains why something that allegedly happened a half century ago is just now getting to trial.

In the Huth case this past week, Los Angeles Superior Court judge Craig Karlan rejected Cosby’s contention that the law violated constitutional prohibitions against ex post facto laws. The trial will proceed, although that probably will be the area that Cosby challenges on appeal should he lose.

But Allred’s successful lobbying for extended statute of limitations also figures to make an impact in another way—and it’s about to be showcased at this upcoming trial. Namely, Cosby won’t be forced to testify because the judge has ruled he faces the appreciable risk of self-incrimination and potential prosecution in the state. To make him answer questions on the witness stand would violate his rights under the Fifth Amendment.

That could make civil cases tougher for plaintiffs to win. After all, think back to the O.J. Simpson civil case. Allred at the time was representing Nicole Brown Simpson’s family, but the real star at that trial was attorney Daniel Petrocelli, who represented Ron Goldman’s family and got a chance to cross-examine Simpson (who famously did not testify during the criminal case). During the questioning, Petrocelli presented photographs of Simpson wearing Bruno Magli shoes that the former football star had just sworn he never owned. After Simpson was found liable for Goldman’s death, one juror told CNN’s Larry King, “O.J. insulted us on the stand.” Now imagine if Simpson could have avoided that interrogation altogether.

Cosby will avoid one. There’s no chance he’ll be cornered on the witness stand. Indeed, according to his publicist, Cosby might not even show up at this trial. 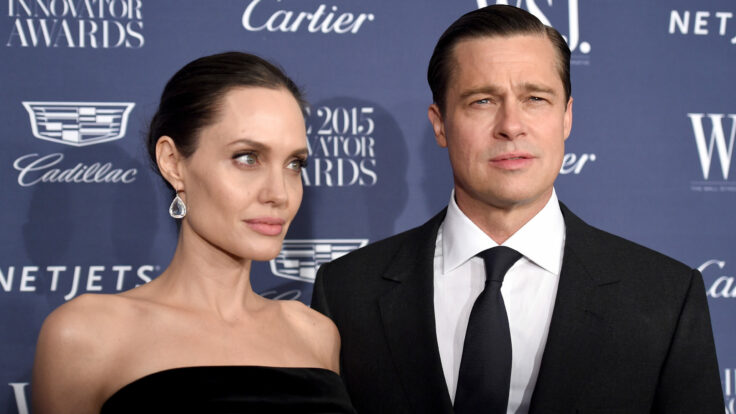 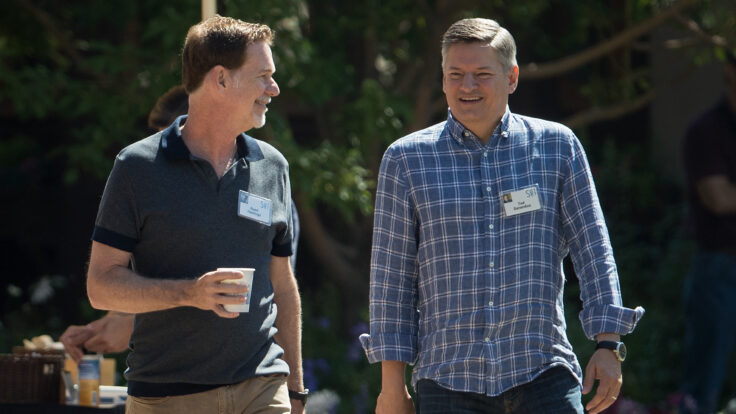