While the fate of Congress hangs on a handful of midterm races in a few swing states, Washington is quietly obsessing over a mayoral race in California between two Democrats—Congressional Black Caucus poobah Karen Bass and a real estate developer billionaire, Rick Caruso. Bass has received endorsements from Joe Biden, Kamala Harris, Bernie Sanders, Hillary Clinton, Nancy Pelosi, and Barack Obama—many have even come out to L.A. to campaign for her. It’s all a little mysterious: Obama, after all, was a friend of current Mayor Eric Garcetti but didn’t endorse him. Now he’s all in for Bass. The only two Democrats who have sat on the sidelines are Gavin Newsom and Garcetti, himself.

With the election less than 24 hours away, Puck’s Tara Palmeri and Peter Hamby exchanged notes on the peculiar contours of the race, the West Wing’s secret motives, the “crime and dysfunction” narrative, and whether Caruso can actually win. The following has been edited for length and clarity.

Tara Palmeri: Peter, you’ve been covering this race extensively. In fact, I’m going to recommend that our readers reread your piece from June right before the California primary because it’s just that good. Can you give me an update on the state of the race and what all of this last-minute campaigning for Bass means? And you live in L.A., what is the state of the city like?

Peter Hamby: I’m glad you picked up on this from the east coast, since the New York mayoral race there always gets so much national attention. Karen Bass, the longtime frontrunner in the race, has definitely found herself on her heels against Caruso for many of the same reasons that vaulted Eric Adams to City Hall in New York. As with the New York mayor’s race last year, and almost every big race this midterm season, public safety has emerged as the top issue for Angelenos in the campaign—and Caruso, the former Republican, has seized on it to great effect.

In polls, voters consistently cite homelessness as the top issue, followed by crime, and everything else is a distant third. Bass left her seat in Congress to run for mayor in her hometown because, she said at the time, “the house is on fire,” a nod to L.A.’s intractable homelessness problem. Bass entered the race with two big calling cards. First, her progressive but pragmatic politics—she’s pals with both Bernie Sanders and Nancy Pelosi—which generally align with the city’s liberal voting base. And second, her deep well of experience in public service at almost every level, allowing her to boast about her relationships with the city’s Democratic establishment.

But Caruso has turned those advantages into a liability by depicting her as yet another status quo Democrat in a long line of Democrats who have allowed the city’s homeless population to grow to almost 70,000 people, as of the most recent count. In Caruso’s telling, he’s the outsider, Bass is just another typical politician, and as he says almost every time he opens his mouth, he’s running to “clean up L.A.” He wants to hire more cops, build 30,000 shelter beds for the homeless and generally un-gunk the levers of city government. Sound vague? Sure. But it’s a message and it seems to be working, facilitated by the stunning $100 million of his own money that he’s spent on paid media.

Caruso has another reason to get his own message out anyway, blanketing the city’s screens with advertising, because he’s been covered by a lot of reporters and columnists here with a pretty hostile tenor. Bass has received only a fraction of the critical press coverage that follows Caruso around. Politicians should be covered with skepticism, of course. But the imbalance has been striking. Politico had a recent deep dive into how the owners of the Los Angeles Times are putting their family thumb on the scale for progressive causes and candidates, including Bass. For example, Radio Korea—and later Los Angeles magazine—got its hands on negative comments Bass made about Korean shop owners in the aftermath of the 1992 riots, research likely provided by the Caruso camp. The mainstream press has almost completely ignored the story. If Caruso said something similar back in the day? It would have fronted the Times and been the A-block of every local TV broadcast heading into Tuesday’s election.

Caruso also has momentum thanks to something more fundamental. In my mind, Bass has never really had a clear and compelling message, which is always a red flag for a campaign. Her rationale is basically, “I have a lot of experience, just trust me!” That kind of sales pitch didn’t work for Hillary Clinton and Jeb Bush, whose campaign slogans, like Bass, were actually just their names.

Tara: That’s true, and there’s plenty of reasons to expect that Los Angeles might buck recent trends and ditch the true-blue progressive for the centrist Democrat-lite candidate promising to clean up the streets and do something about crime. Certainly that would be aligned with the political media narrative that has predominated in this election cycle, which is maybe one reason that top Democratic surrogates including Biden and Harris are spending precious time on a regional, intra-party contest when there’s so many more important races nationwide. When you compare the polling to the sentiment—the cross-currents of activism and endorsements and political energy on the ground—do you have a sense of whether Caruso will pull this off?

Peter: Los Angeles is still a very progressive city and Bass remains the favorite heading into tomorrow. If she wins, Bass would make history as the city’s first woman mayor and only second Black politician to hold the office. But Caruso, after being left for dead over the summer, is plainly on offense. Bass won the June primary by 7 points over Caruso, and as the two advanced to the general election, she once led him by as much as 21 points. That lead has completely vanished. According to the final poll of the race, released Friday from The Los Angeles Times and U.C.-Berkeley, Bass’s lead has now shrunk to just four points, 45 percent to 41 percent. Her favorability has been on a steady decline all year.

Meanwhile, Caruso has been steadily growing his favorability by relentlessly targeting Latinos, who make up about a third of the city’s registered voters, with reminders of his Catholic faith and promises to stop petty crime and help small businesses. Latinos here once favored Bass in polls, but now support Caruso by 17 points. And notably, Caruso’s promise to hire more cops has also given him a sizable lead among Asian Americans, who were subject to a lot of racist violence during the coronavirus pandemic.

But Tara, I want to circle back: You noted that Harris, Biden, and all these top Democrats have been throwing their weight behind Bass in an election that has zero impact on what actually matters this cycle, which is control of Congress. What are you hearing in D.C. about why the top of the party is so fixated on this mayoral race?

Tara: There are a few theories. The first is that Biden and Harris are welcome in few places around the country, so they want to seem active on the trail while maintaining relationships with deep-pocketed donors and useful cultural icons and celebrities. Second, helping out Bass is a way to gain a very powerful chit with the Congressional Black Caucus. This could proffer enormous political opportunism down the line, like say ahead of the South Carolina primary. Third, letting L.A. fall into the hands of a former Republican because of crime and dysfunction validates the narrative that establishment Democrats can’t run the country’s largest cities. It would be devastating to the party poobahs if they lost L.A. to Caruso, a billionaire developer who they keep comparing to Donald Trump, especially if they can barely win New York State. Crime-infested L.A. could become a symbol of Democratic incompetence, in the same way the Republicans use Chicago.

A fourth theory is this is about supporting Black women—a powerful and often under-appreciated constituency in the party. Bass, lest we forget, was on the shortlist to be vice president, and she actually underwent the vetting. Letting her lose could be a huge blow to how the party is perceived to treat Black voters.

The fifth theory is that this is all loyalty to Bass, who has been a reliable Democratic party soldier. She was incredibly supportive of Biden in the primary, endorsing him after Harris dropped out, and she’s known for raising gobs for cash and campaigning for other candidates. She has a lot of gravitas and she can call in favors. After all, Biden vetted Bass to be his vice president but then ultimately went with Harris, so I’m sure there’s no need to remind him of that. Alex Burns and Jonathan Martin wrote in their book, This Will Not Pass, that there was some major beef between Bass and Harris when they were both undergoing the vetting process. After the election, they reported, Harris told Newsom to pick anyone but Bass for her open Senate Seat, so maybe Harris’s outreach is also a bit of fence-mending between the two. This is politics, and life is long.

Peter: Bass and Caruso are both Democrats, although Caruso is only notionally one. He’s a former Republican and billionaire real estate developer who notoriously changed his voter registration from independent to Democrat just before jumping into the mayor’s race in February. Bass and her allies, in the primary at least, tried to label him the west coast version of Donald Trump, a claim that many voters, I think, were quick to sniff out as a bit of a stretch. Yes, Caruso is very much a rich guy and a fixture on the L.A. social circuit. But he doesn’t pal around with white supremacists. He’s supported by Gwyneth Paltrow, Ted Sarandos, and Snoop Dogg, not the Oath Keepers.

Tara: That’s interesting Peter, I wonder if this unnecessary intra-party feud between the old-guard and those trying to break into the Democratic party establishment with their own brand will only end up alienating Democratic voters or future politicians. If this red trickle, tide, or wave ends up being a true tsunami, these same politicians may just be thankful to have one win on the board, even if it’s in the form of a diet-coke Democrat like Caruso. 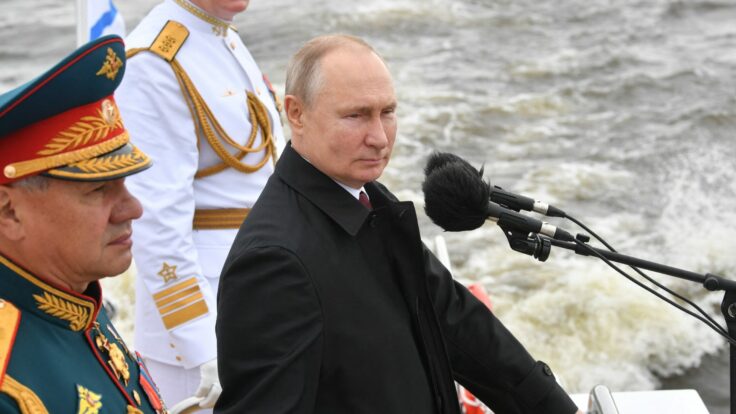 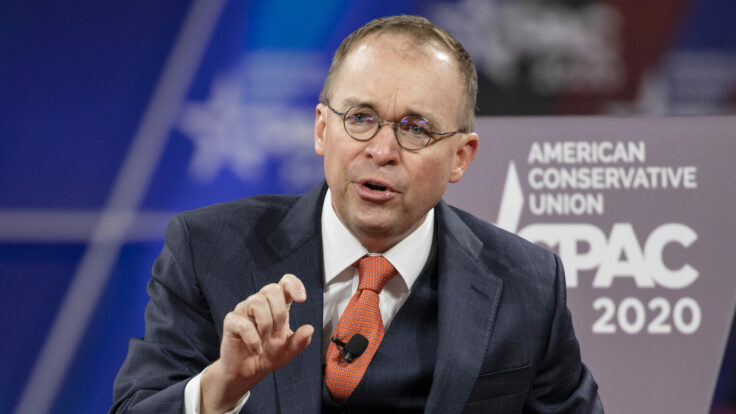 Remembrance of House Coups Past