Back in mid-2018, I found myself on the phone with Sean Parker, the inaugural Facebook president immortalized by Justin Timberlake in The Social Network for deadpan classics like “Drop the ‘The.’ Just ‘Facebook.’” Parker in the 2000s had earned a reputation as an early internet bad boy, founding the music-pirating Napster, mentoring Mark Zuckerberg in his “I’m C.E.O., Bitch” era, and hosting what is probably Silicon Valley’s most infamous wedding, a Tolkien-inspired 2013 bash in the California Redwoods that triggered a fight with environmentalists.

But I was talking with a different Parker in 2018. He was glowing, radiating with pride after securing something that Silicon Valley billionaires pretty rarely come upon when they play politics: An unquestionable win. To the surprise of his business partners like Peter Thiel, who bet Parker $1 million that he couldn’t get it done, Parker had convinced Trump’s Washington to pass a law offering a clever tax break called Opportunity Zones that was meant to encourage wealthy people and institutions to invest their money into poorer parts of the country. A subtext to me was that Parker, then rounding 40, had grown up, so much so that he could deliver ingenious political masterstrokes.

In a new book, though, Parker is doled some tough medicine about how the Opportunity Zone program actually performed once Congress blessed it. The title, Only The Rich Can Play, should give it away: Former Wall Street Journal reporter and current Brookings think-tanker David Wessel argues that it was a well-intentioned program that, inadvertently or not, opened a gaping tax loophole for the billionaire class for them to build things like Ritz Carltons in downtown Portland, Oregon. I gave the book a read around Labor Day, and posed five questions to Wessel in advance of its release next month:

Teddy Schleifer: You contrast Sean Parker with other wealthy tech elites who have rolled the dice on politics and famously screwed up, such as Mark Zuckerberg’s $100 million donation to Newark’s public schools. Is it fair to think about this as a rare Silicon Valley success story?

David Wessel: Absolutely. My brother told me that other Silicon Valley tech billionaires should read this and be jealous. Look at what Parker did. It’s a textbook for how to get things done in Washington. So I know that Parker and some of his people are not that happy with the book, but I actually think that it is exactly as you say. And [he did it] with not a whole lot of money, either—maybe $11 or $12 million of Parker’s money [went] into the Economic Innovation Group, so it didn’t cost a lot and he got what he wanted.

When you read the book, Sean comes across as politically savvy in a way that lots of people I cover do not.

He had the good sense to hire some Washington insiders. And they were not high-profile people: John Lettieri and Steve Glickman were young, they were ambitious, they’d worked in the Senate, they knew how Washington kind of functioned. And he took their advice. Secondly, based on what I’ve heard, unlike many businessmen, he didn’t look down at members of Congress, and he didn’t find it a drag to have to talk to them, he kind of enjoyed it. I have a line in the book where Parker asks John Lettieri, who had been previously working for an organization that represents multinational corporations, “So what’s the difference between a chief of staff’s job in the House, versus a chief of staff’s job in the Senate?” Lettieri tells me in all my years of dealing with corporate C.E.O.s, there was never one who asked him a question like that.

Parker also tapped into the zeitgeist, right? There’s a reason why liberals would like this as an anti-poverty program. And there’s a reason why traditional Paul Ryan conservatives would like it as a tax cut for wealthy people. In some ways the concept reflects a cunning and a wisdom that other tech people lack when they’re pushing for, say, tax breaks for corporations.

First of all, he wasn’t proposing to reorganize American school systems, or create a new anti-pandemic cabinet agency. It was a relatively targeted and narrow proposal. Secondly, you’re right, it was crafted in a way to appeal to politicians who, the one thing they do have control over is the tax code. And one thing many of them are trying to do is figure out how to get money to the poor neighborhoods in their district.

They really did have what I think is a rather naive belief that if you set up incentives like this, that sure there will be some people who exploit it, who don’t use it for the intended purpose. But mostly it’ll go for what was intended. You don’t need to come up with a lot of Washington bureaucrats to oversee it. And that’s where I think they were successful, but wrong. Successful, but arrogant.

So if this is a political success story for how to get things done as a Silicon Valley billionaire, it still seems like a policy failure. It seems clear that Parker didn’t think this all through.

How is it possible that Sean could be so wise to the politics but foolish on policy? Are those two things related?

He was wise to the politics in that he had people who helped him frame it very well and helped him build the right set of backers. Cory Booker knew Sean Parker and so he was susceptible to Parker’s charms, but it was Lettieri really who said, Tim Scott is our guy. Here’s this new senator from South Carolina, Black Republican, talks about opportunity all the time.

I think that there is an arrogance among Silicon Valley people [who think] that everybody in Washington is basically dumb or corrupt, otherwise they’d be working in Silicon Valley and inventing the next generation of technology. And the system is so ossified that it takes hackers like us to come through and figure out how to do things better. And I think that Sean truly believes that. Look at all the things I’ve done!

Larry and Bibi in Paradise

In my very first dispatch for Puck, all the way back in June, before Puck was even officially Puck, I wrote about the deeply entangled legal fortunes of two brash American-schooled Zionists: Larry Ellison and Bibi Netanyahu. Netanyahu, then the Israeli prime minister, was staring down a corruption trial, and Ellison, the Oracle co-founder, loomed as a prosecution witness against his longtime friend.

You might think, for the sake of optics alone, that Ellison and Netyanyahu would keep their distance. But no. Here are some headlines from the last few weeks that you probably missed: “Netanyahu on Vacation at Island Owned by Larry Ellison, a Witness in Graft Trial”; “Netanyahu Dines with State’s Witness Against Him in Hawaii”; and “Larry Ellison Offers Netanyahu Lucrative Oracle Post.” The short version of the hullabaloo is that Netanyahu’s family vacationed this summer on the island of Lanai, which Ellison almost entirely owns, and that the two have been hanging out—dining at Nobu, taking a Pilates class on Ellison’s island (okay, without Ellison) and allegedly talking about a seat on the Oracle board, an offer that Netanyahu’s team disputes was ever made. Whether that strikes you as an uproarious White Lotus sequel or yet another middle finger to the media and the courts, it’s certainly tone-deaf, as tropical vacations go.

Netanyahu’s office denies there has been any tampering by the defendant, and Ellison is just one of many potential prosecution witnesses on a long list that includes people like Netanyahu’s own lawyers. Sure. It’s still dumb, even if the summer swing hadn’t resulted in a slow-drip of leaks that paint in all too vivid a way how Netanyahu could have leaned on his powerful friends to get ahead, which is, after all, the central charge of the corruption probe. It also didn’t help that Netanyahu’s office initially refused to confirm his location during the two-week sojourn. The pair has long been close—Ellison, who discovered late in life that he was Jewish, has become an ardent philanthropic backer of causes like the Israel Defense Force. But surely there are other places in the Olam to vacation.

The “Google of Modern Politics” Pivots

Lastly, a little backstory on a news announcement that had some Silicon Valley folks chattering on Thursday. The popular petition platform Change.org spent its first six years without raising money. It became an early gathering place for digital organizing during the Obama era—“the Google of Modern Politics” as Wired called it. But as social entrepreneurship became en vogue during the Obama years, Change.org decided to make a run for scale and for growth—it set out to raise big money with ambitions to grow a big business, even though it remained a socially-conscious B Corp. I know that not all of Change.org’s early backers were crazy about this move, worrying that it would distort the company by incentivizing scale at all costs. And as any startup whisperer can tell you, don’t raise venture money if you don’t want to try to deliver venture-like returns.

“We are a mission-driven company, and part of that is to make sure investors eventually get a return,” C.E.O. Ben Rattray said when raising money back in 2014. Over time, Change.org accumulated huge names like Bill Gates, Richard Branson and Arianna Huffington on its cap table. But the company indeed struggled to find revenue, enacted deep layoffs, and in 2017 had to turn to a savior when it took on a $30 million personal investment from Reid Hoffman, the LinkedIn founder turned liberal megadonor, who called it the “largest personal impact investment I’ve made to date” and basically saved the company, helping it pivot the business. The terms of the deal, I hear, were pretty tough for the company to swallow, and substantially diluted other investors, but it offered Change.org more runway to transform into a for-profit institution. Hoffman brought longtime allies onto the board, like new chair Nancy Lublin of Crisis Text Line.

On Thursday, however, the company announced that almost all of its funders were essentially foregoing the upside value of their equity by turning their investment into de facto philanthropy—Change.org would become owned by a nonprofit. Hoffman’s $30 million investment, in retrospect, effectively becomes a charitable commitment. “We’re making this ownership transition because it’s the right step forward for our mission and securing our long-term legal commitment to the public interest, and we’re lucky to have investors who care more about our mission than financial returns,” a spokesperson told me.

There’s a fair amount of corporate gobbledy-gook in the announcement, but I hear that the decision was driven at least in part by the company’s inability to really scale, despite taking on $72 million in funding. Change.org said on Thursday that it was today “financially self-sustaining from user-contributed revenue,” and reportedly has about $70 million in annual revenue—plenty for a company that doesn’t need to demonstrate hockey-stick growth, and the company tells me it is now profitable and does not need outside funding. So this one final pivot worked, but belatedly, and only because its investors were willing to essentially write off the loss. It also raises the question in a larger debate: Should ambitious people try to solve problems through for-profits, nonprofits, or something in between? 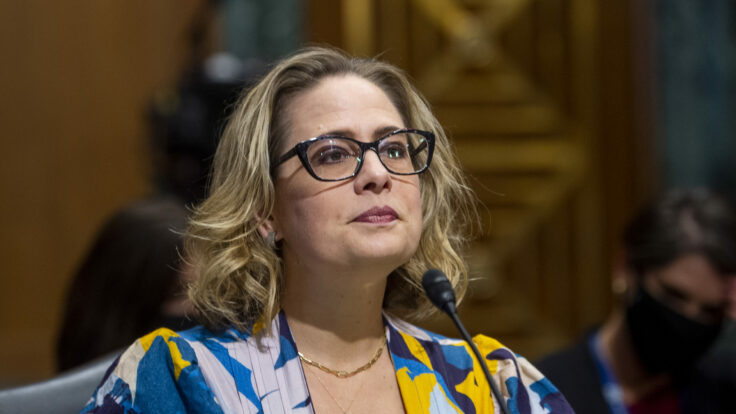