Just as snow is followed by little boys on sleds, to paraphrase the economist Arthur Okun, so too is it inevitable fate that Joe Biden will likely begin reshuffling his cabinet and advisers after the midterms. Among those rumored to be departing at some point in early 2023 is Janet Yellen, the 76-year-old Treasury secretary. And why not? After more than 20 years in and out of government, Yellen has nothing left to prove in Washington. She has served as chair of the Council of Economic Advisers under Clinton; served a four-year term as chairman of the Federal Reserve under Obama and Trump; and then, in a bit of a surprise, Biden chose her for a coveted position in his cabinet.

Yellen, of course, is the first person to serve in all three distinguished roles and the first female Fed chair and Treasury secretary. She also served as President of the Federal Reserve Bank of San Francisco and as a vice-chair of the Federal Reserve. As Treasury secretary, she’s had to contend as best she can with rising inflation—the worst in 40 years—and helped to shepherd the so-called  Inflation Reduction Act through Congress. In other words, she’s pretty much done it all, as far as America’s important economic positions are concerned.

Is it time for Yellen to make some money, perhaps, giving speeches, writing books, and serving on corporate boards? For what it’s worth, she says it’s not. When my former Columbia Journalism School classmate and longtime Wall Street Journal reporter Jon Hilsenrath asked her about leaving Washington sometime soon as part of the reporting for his new book about Yellen, she declared that she intends to stay: “It’s been good work and I like doing it, so why would I leave?” She said the same thing to my friend Stephanie Ruhle, on MSNBC, on Monday. But assuming what I’m hearing is accurate, and that Yellen is on her way out at some point in the new year, who might be her worthy successor?

Of course, few can resist the siren call of the Treasury secretary position. It is especially coveted on Wall Street, where senior bankers, especially of the Goldman variety, view the job as a capstone to a lucrative career. But I seriously doubt that Biden will dip into those canyons to find Yellen’s successor. Why incur the wrath of the progressive wing of his party when there are so many worthy candidates who are less directly tied to the money scene? That probably means that obvious candidates such as Jamie Dimon, Larry Fink, and Lloyd Blankfein are longshots, despite their qualifications. Who needs or wants Elizabeth Warren breathing down your neck if you can avoid it? (As for the serious Republican Steve Schwarzman, who has made no secret of his desire to be Treasury secretary, his last best hope of getting the job would be Trump in early 2025.)

In no particular order then, here are my preferred candidates to succeed Yellen, at 1500 Pennsylvania Avenue.

⧫ Gary Gensler, the chairman of the Securities and Exchange Commission.

Gensler, who I know a bit and am friendly with, has a gold-plated resume that makes him especially well qualified for the job. In addition to running the S.E.C. for Biden, he served as chairman of the Commodities Futures Trading Commission under Obama. He’s also close to Hillary Clinton and served as the C.F.O. of her losing 2016 presidential campaign. Afterward, he taught a boffo course at M.I.T. about cryptocurrency, which can be watched online. (I recommend it if you want to learn a meaningful amount about Bitcoin, unless you prefer the new Matt Levine tome in the entire issue of Bloomberg BusinessWeek.)

Gensler, however, has two negatives. Once upon a time, he worked at Goldman Sachs and was a partner at the firm. (That shouldn’t be disqualifying, of course, but for politics.) And, second, if he went to the Treasury, that would leave Biden with two positions needing Senate confirmation. That could be a chore in 2023. Still, he’s very smart, very informed, and very articulate. Nice qualities for a Treasury secretary.

⧫ Wally Adeyemo, the current Deputy Secretary of the Treasury.

As far as I can tell, he’s a talented fellow who hasn’t messed anything up during his nearly two years working for Yellen at Treasury. He also has a boatload of other government experience. He worked for both Tim Geithner and Jack Lew, when they served as Treasury secretaries in the Obama administration. He also served as Deputy National Security Adviser and Deputy National Economic Adviser under Obama. He also was the first chief of staff at the Consumer Financial Protection Bureau. And he was the first president of the Obama Foundation. What a resume!

The only possible crack in his formidable facade is that before returning to the Treasury, under Biden, he was a senior executive at BlackRock, a fact that might earn him the ire of the aforementioned Warren and her cohort. On the other hand, if he got the job, he would be the first Black man in American history to be Treasury secretary.

Biden nominated Raskin to be vice-chair of the Federal Reserve before Joe Manchin, the Democratic senator from West Virginia, derailed her nomination for reasons that defy logic. At the time, Manchin claimed Raskin “failed to satisfactorily address my concerns about the critical importance of financing an all-of-the-above energy policy to meet our nation’s critical energy needs.” Thanks, Joe.

Like both Gensler and Adeymo, Raskin has a gold-plated government resume. Like them, she would be immensely well qualified for the Treasury job. She has served in any number of important Washington jobs, including as a Deputy Treasury Secretary and as a member of the Federal Reserve Board of Governors. She’s a graduate of Harvard Law School and now is a professor of law at Duke, my alma mater. Her husband is congressman Jamie Raskin, an important member of the January 6th Committee.

The only potential caution sign for Ms. Raskin would be whether her nomination could squeak through the new Senate, which may or may not still have a slight Democratic tilt after the upcoming midterm elections. If Biden could not get Raskin’s nomination to the Fed through the current Senate, could he get her nomination as Treasury secretary through a new Senate? She’d be a great choice, but her nomination may not be a winner, although she most definitely is.

I have only heard good things about Raimondo, who like the others on this decidedly unscientific list has a killer resume, which includes Harvard College, a Rhodes Scholarship, Yale Law School, and a job clerking for Kimba Wood, the federal judge. Like Gensler, if Biden nominated Raimondo, he would have to find and then nominate someone to replace her at Commerce, making two nominations that will have to get through the new Senate. But still, another excellent choice for the job.

Of course, there are a few unconventional types who might make sense. Among them is Michael Barr, the vice-chair of the Federal Reserve, who took the slot that was intended for Raskin. He was also an assistant secretary of the treasury under Obama. And there’s the Yale, Yale Law School, Rhodes scholarship part of his resume, too. If Barr replaced Yellen at Treasury that would also create another opening at the Fed that would require Senate approval. Same problem as Gensler and Raimondo. But, despite his remarkable qualifications, Barr has always been a bit of an under-the-radar kind of guy and may not have enough clout in the markets or at the White House to be the most effective Treasury secretary.

Which brings me to the darkest of dark horses but maybe the best, if not the most unlikely, choice to succeed Yellen: Larry Summers. I know, I know. Larry is a serious lightning rod. But he’s also incredibly well qualified for the job, which he had once before in the waning years of the second Clinton administration. He also served as Obama’s National Economic Adviser and thought he had the top job at the Fed sewn up under Obama before he selected Yellen instead. He has also served as president of Harvard.

Larry is easily one of the smartest people I have ever met, and was among the first to publicly observe that the current bout of inflation was not “transitory,” as the current Fed chairman Jay Powell argued for too long, but rather was for real and something that the Fed should have realized, and dealt with, far sooner than it did. (Yellen was also in the “transitory” camp, along with many others, and has since said she was wrong about inflation.) In other words, Larry has real credibility as an economist, duh, and with the financial markets, especially on the thorny issue of how best to battle inflation. On his inflation call alone, he deserves another go round at Treasury.

The problem of course is that Larry riles people up and his nomination would inflame the progressives. And that’s a headache Biden doesn’t need, even if he could get the nomination through the Senate.

I know Yellen told Hilsenrath, at the Wall Street Journal, that she wants to stick around as Treasury secretary for the foreseeable future. But a post-election reshuffling is commonplace in most administrations, especially among the economic team. And as Hilsenrath reveals in his book, Yellen: The Trailblazing Economist Who Navigated an Era of Upheaval, she was on the sidelines when Biden decided that $1.9 trillion was the right number for the American Rescue Plan, in January 2021. She also had little if any role in Biden’s 2020 presidential campaign.

I can only imagine how difficult it must be to voluntarily relinquish the job of Treasury secretary. But at 76, and with her husband of 44 years, the economist George Akerlof, who is 82, this might be as good a time as any for Yellen to enjoy a well-deserved break from the white hot center, especially knowing that Biden has a plethora of qualified replacements at his fingertips. 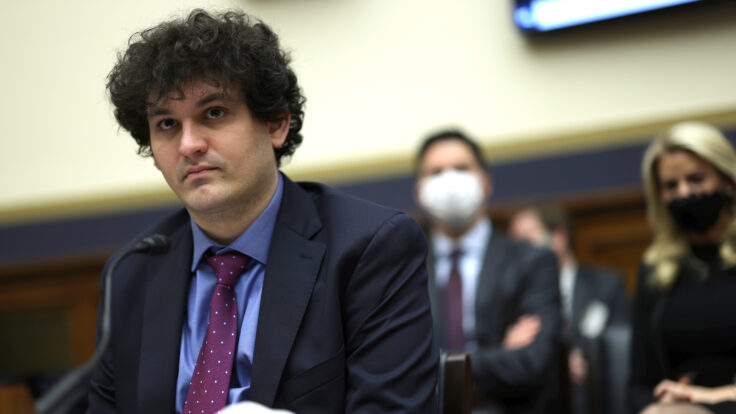 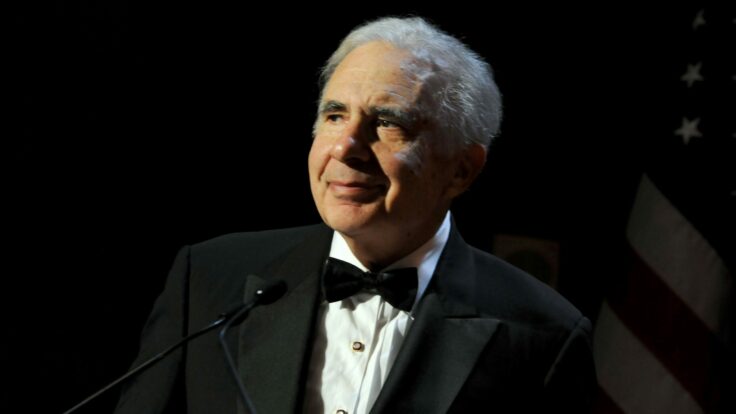