You don’t need to watch that ridiculous Matt Damon commercial on loop to understand that the crypto markets have been on fire. Venture firms, in particular, are placing huge new bets on the crypto market: FTX, the crypto exchange, just launched a $2 billion fund, competing with similarly sized funds from a16z ($2.2 billion) and Paradigm ($2.5 billion) last year. On the other side, however, Jamie Dimon says “cryptocurrency has no intrinsic value” and called bitcoin “worthless.”

There are a couple of different things going on here. The VCs are focused on the Next Big Thing and believe that the blockchain technologies behind digital currencies, smart contracts, and NFTs will lead to a whole new architecture for the Internet and a wave of important new businesses that could become the next Google, Amazon, or Meta. They are raising these big funds, or have already raised them, with the intention of placing lots of bets on what they hope this future will look like.

The Big Banks, on the other hand, are trying to shore up economic moats that are slowly but surely eroding. You can see the concern growing at JPMorgan Chase, for instance, which is feeling increased competition in both its payments and consumer-lending businesses. On Friday, Jamie announced that the bank would “spend a few bucks” to defend its turf. Talk about an understatement: JPMorgan Chase had record earnings of $48 billion in 2021, and is increasing its $12 billion technology expenditure by 20 percent this year to keep pace.

Jeremy Barnum, the bank’s C.F.O., elaborated that “part of the reason” for the increased spending is because of competition “from novel entrants,” alluding to, I presume, companies like Square (now Block) and Stripe, in the payments business, and from upstart consumer lenders like Lending Club and SoFi, which have been undercutting the Big Banks on the price of consumer loans. Why would someone, say, borrow $100,000 from JPMorgan Chase at 6 percent interest when Lending Club would offer them the same $100,000 for 4 percent interest? So while the moats remain huge at the Big Banks in most investment banking businesses, such as debt and equity underwriting, trading, corporate lending and M&A, the competitive concerns are growing in other parts of the consumer lending and payments business. (That is one reason that James Gorman, the C.E.O. of Morgan Stanley, told me during our recent lunch that Morgan Stanley is not in those businesses.)

As for Bitcoin and cryptocurrencies generally, Jamie may end up being right. But who knows? (JPMorgan Chase, for what it’s worth, has created its own digital coin to speed up corporate payments.) I prefer to think of it this way: If someone is willing to pay $43,000 for a single Bitcoin, then it’s worth $43,000, in the same way that a Picasso is worth $30 million if someone will pay $30 million for it, while to someone else it might just be a canvas with a couple of cans of paint on it.

Larry Fink’s BlackRock now manages $10 trillion in assets, according to the firm’s Friday earnings report. It’s a staggering sum that has some sounding off about the impact on the efficiency of markets when so much money is concentrated in just a few passive investment funds.

But I worry less about the absolute dollar amount that BlackRock manages and more about Fink’s seemingly never-ending need to be seen as the most powerful man on Wall Street. Every few months or so, there is a new wave of fawning media coverage about Fink, or a series of Fink cable-television appearances. Last week, we were treated to yet another lavish profile, this time in the Wall Street Journal. It began, “Few private citizens wield more power in America today than Larry Fink, the chief executive of BlackRock, Inc.” (The Journal reporter met with Fink at his “horse farm” in Westchester County.)

According to the Journal, BlackRock funds are among the three largest shareholders in 400 of the S&P 500 companies. Ok, I get it, by controlling so many assets under management—equal to about 10 percent of the world’s G.D.P.—Fink has an immense amount of power, theoretically anyway, as a large shareholder in a broad array of companies to push whatever agenda seems to be important to him at any given time. At the moment, Fink seems quite taken up with BlackRock’s E.S.G. agenda—that’s Environmental, Social, and Governance—and his warning that we all must begin to prepare for the day when fossil fuels are either no longer available or no longer commercially viable. He seems content to be in the middle of a firestorm between people who think he’s too aggressive and those who think he’s not aggressive enough.

For all his high-minded investment philosophizing, Fink is also a political creature who was able to sweep apparent narrative inconveniences—such as his departure from First Boston and fallout with Steve Schwarzman—under the rug. He was on the short list to be Hillary Clinton’s Treasury Secretary, but then accepted a role on Trump’s C.E.O. advisory council—at least until it became a liability to do so after Charlottesville. Fink’s name was also floated to be Joe Biden’s Treasury Secretary. That post went instead to Janet Yellen. But the number two position at Treasury went to Fink’s chief of staff, Adewale “Wally” Adeyemo, while the head of Biden’s National Economic Council, Brian Deese, was in charge of BlackRock’s sustainable investing initiative. As the longtime contrarian investor Sam Zell once told CNBC, “I didn’t know Larry Fink had been named God.” As usual, Zell is right.

Goldman’s commodities desk had a phenomenal year—$2.2. billion, wowza—and now top traders are getting bonuses upwards of $30 million each. This made me think of the biggest bonus seasons from my time working on, and covering, Wall Street.

First, a note of caution. Bankers and traders on Wall Street had better load up the bonus dump truck for 2021 because it’s highly unlikely 2022 will be as good. Last year, it seemed that every aspect of the investment banking business was on fire: M&A, debt underwriting, equity underwriting, I.P.O.s, SPACs—you name it. So those people raking in the big bonuses on Wall Street probably believe they deserve them based on the profits they generated for their firms. When JPMorgan Chase can still make $48 billion in net income after paying out what will probably be record bonuses, you know the year was very special.

Of course, the truth is these bankers and traders should be thanking Jay Powell for their good fortune because without the Fed’s prolonged Quantitative Easing policies—flooding the financial markets with cheap money—stock prices would not be hitting new highs and M&A volume would not be at an all-time record. All that is poised to change in 2022, as the Fed is signalling its intention to raise short-term interest rates—as many as four times, Goldman says; Dimon sees as many as seven hikes this year—and that it will be tapering its Q.E. program. It’s time to fight inflation, it seems, and to stop pouring tequila into the punchbowl.

Wall Street bonuses, while absurd for people who have none of their own capital at risk, are all relative. When a crew of Goldman proprietary traders made the bank $4 billion in profit by betting against the mortgage market in 2007, and were paid bonuses of around $10 million each for that accomplishment, they protested that the bonuses weren’t big enough. They left Goldman to start their own hedge fund. Bank employees must have had a similar feeling when hedge fund manager Bill Ackman made $3.6 billion for his investors on a $27 million investment in three weeks in and around February and March 2020—netting something like $500 million for himself. Paydays like that get clever traders wondering what lies beyond the hallowed walls of Goldman Sachs for them, if they have the guts to go out on their own.

Once upon a time on Wall Street, the bonuses really meant something. Who can forget Mike Milken’s $550 million bonus in 1987? That’s when bonuses were bonuses! All it took was for Milken to create a whole new vein of finance—the junk-bond market—and then to make his firm, Drexel Burnham Lambert, the undisputed king of that market. Of course, two years later, Milken was indicted for racketeering and securities fraud (and pleaded guilty to securities fraud, spending two years in prison) while Drexel Burnham filed for bankruptcy in 1990 and was liquidated. Meanwhile, the junk-bond market that Milken created continues to thrive and thrive, netting for the bankers who underwrite junk-bond deals millions of dollars in annual bonuses. Thanks Mike!

Old Dominion Freight Line, a 100-year-old trucking company, just replaced Peloton in the Nasdaq 100. Was it a sign of the times?

Peloton makes a mean machine, there’s little doubt about that. But the company and its “story” of being able to create social networks of like-minded Peloton enthusiasts always struck me as a bit far-fetched and just so much hype. That was certainly my impression when John Foley, the Peloton C.E.O., spoke about the company in October 2019 at the Vanity Fair New Establishment Summit a month or so after the company’s I.P.O. There was a ton of hype around the company, just as there was two decades prior, when the Stairmaster came out of nowhere to take the home and gym exercise market by storm.

But these days, the bloom is off the rose for Peloton, just as it blew off Stairmaster once upon a time. In the past year, Peloton’s stock has fallen more than 80 percent, which probably explains why the Nasdaq 100 dropped it from the index. There will be more of this kind of thing in 2022, as the equity markets begin to move into a more “risk-off” mode, in line with the Fed’s tightening of the credit markets and rising interest rates. For the past few years, reaching back into the early days of the Trump administration, hype and unbridled enthusiasm has been the theme of the equity markets (and the debt markets for that matter). That was bound to change, and the change is afoot. I’d expect investors to continue to tire of owning stock in companies such as Peloton, or BuzzFeed (down 55 percent since it went public last month), or even Tesla which is off 13 percent already in 2022. The rotation into value stocks, like Old Dominion, which would never be accused of being hyped up, is under way. Old Dominion’s stock is up 22 percent in the last six months. 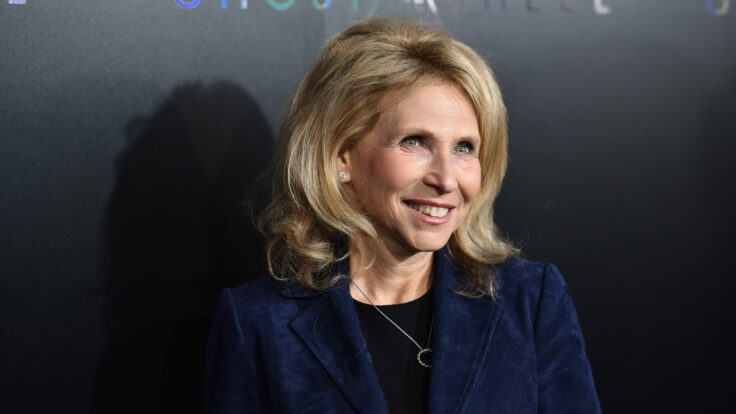 What Warren Sees in Shari 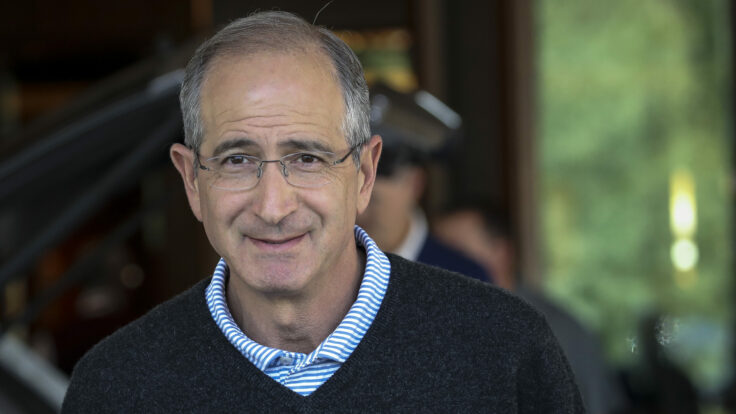 Brian Roberts’ One That Got Away 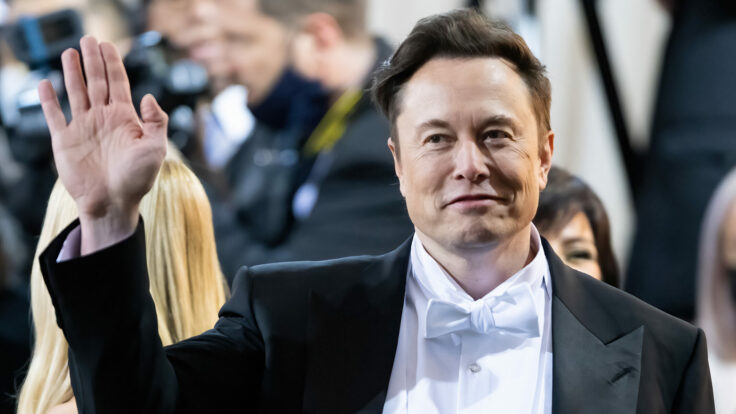