On February 23, national security advisor Jake Sullivan was scheduled to meet Yuri Ushakov, foreign policy advisor to Vladimir Putin, in Helsinki. But, according to three sources, both in Moscow and Washington, that meeting was canceled at the last minute—not because of the Russian invasion of Ukraine that Putin had planned for the following day, but because Ushakov came down with Covid. Otherwise, the meeting would have gone ahead. For Sullivan, who knew the invasion was coming, the planned conversation with Ushakov would have been yet another Hail Mary, last-ditch effort to stop a looming catastrophe—or, at the very least, a final warning to the Kremlin that there would be serious consequences. (A spokesperson for the National Security Council said this was “not accurate,” but did not clarify further.)

But according to people close to Ushakov, the Kremlin advisor was, like most everyone else in Moscow, completely convinced that the invasion was not happening, that all those Russian troops massed on Ukraine’s borders—tens and tens of thousands of them—were there for bluster and optics, to add some oomph to the negotiations he and the Foreign Ministry were leading all winter. On the morning of the 24th, however, Ukrainians, Russians, and the rest of the world found out that those troops hadn’t been there to bluff after all; they’d been there to invade. Since then, there have been dozens of accounts of surprise up and down the ranks of the Russian state, from published accounts of soldiers not knowing where they were going to stories circulating around Moscow of members of the presidential administration learning about the invasion that morning in their pajamas.

All winter, I heard from sources at the State Department that their Russian counterparts seemed to have little control over what they were negotiating and that they were frequently cut out of the Kremlin loop. I also heard more and more stories like the one about Ushakov. One account featured a very senior Russian silovik who had an interview with an American media outlet scheduled for the 25th—and who only canceled once the invasion was already under way, on the 24th. Another source told me that Russian foreign minister Sergey Lavrov found out about the invasion just 48 hours in advance, while a third source who knows Lavrov insisted that the foreign minister of the Russian Federation only found out after the invasion had already begun.

“I heard that yes, I can even believe it,” said Andranik Migranyan, a professor at Moscow’s Institute of International Relations (MGIMO), who was once a student there alongside his good friend and classmate, Lavrov. “Lavrov and Ushakov are important people, yes, but they are conveyors of the president’s line. Nothing depends on them. They weren’t commanding troops. The people on whom troop movements depended knew, and the others”—people like Lavrov and Ushakov—“were ready anyway.” That is, they would’ve done what was required of them regardless. The foreign minister and presidential advisor were, apparently, no different than the infantry marching into battle.

The decision to start a war that has now marked its sixth month, that has flattened Ukrainian cities and killed tens of thousands of Ukrainian civilians while displacing millions and millions more, was made by one man: Vladimir Putin. “People have gotten used to the idea that Putin makes sudden, unusual decisions that are kept secret until the last possible minute—that’s Putin’s style,” Migranyan explained. “This is classic Putin. He listens to everyone, thinks for a while, then he makes a decision and everyone finds out about it after the fact. It has its pluses—and probably some minuses. But that’s his style.” Migranyan thought about this and added, “Probably this is because previous successes firmed up his idea that his decisions are always right.”

If Putin made the decision to go to war alone, or with a small coterie of advisors, then the war now belongs to the entire Russian people. After the initial shock—and the initial spate of anti-war protests—the country seems to have rallied around its president and his ill-begotten war. Those who disagreed have fled the country or have learned to stay silent out of fear of punishment: thousands of cases have been opened against Russians for spreading “fake” information about the war or for “discrediting” their armed forces.

According to polls—though these are famously unreliable in authoritarian countries—an overwhelming majority of the Russian population, 76 percent, supports the war. And though the most ardent warmongers are people over 55, even the youngest Russian voters, the ones who were originally the least likely to be in favor of the “special military operation,” are now for it: 57 percent of them say they approve. Putin’s approval ratings, which had been sagging ever since he raised the retirement age, are again sky-high, hovering at 83 percent. If anyone is mad at Vladimir Putin for waging this war, they are either in jail, abroad, or silent.

With the very big caveat that I have not been to Moscow and will not be going any time soon, everything I hear from friends who are still there, or who have recently come back, supports this. Even Moscow, the most anti-Putin city in Russia, is feeling extremely patriotic. They may not have wanted this war, but now that it has started, they want Putin to finish it—with a Russian victory. Western sanctions, as well as Western moves to answer Volodymyr Zelensky’s call to stop giving Russians tourist visas to Europe, have pushed even formerly pro-Western Russians (and even Muscovites) into the arms of the Kremlin. “At the beginning, the war was a taboo topic,” a European friend living in Moscow told me. “Little by little after some Western reaction and some irrational behaviors—some friends can’t find a place to rent in Italy because they have Russian roots—many Russians who were far from Putinists are now becoming anti-Western.” These people, my friend added, are Western-educated Russians.

I heard similar talk from an acquaintance who just returned from visiting family and friends in St. Petersburg. The cafés and restaurants are full, she said, and even those loved ones who despised Putin, people who frequently traveled in the West, spoke Western languages and admired Western culture, are now solidly on Team Russia. They had always looked down on the Ukrainians and the fact that the West has sided with people they think speak a silly, semi-fake language; now, outright antagonist from the West has turned them into hardcore Russian patriots. They want Putin to win.

Life in Moscow and St. Petersburg is still largely untouched by the war. Though G.D.P. has contracted by 4 percent, the Russian economy has not cratered as policy makers in the West hoped it would. All this has only bolstered Putin’s standing at home. The ruble has only gotten stronger, rebounding to where it was in 2018. Energy prices remain high. And because Russians no longer have much to invest in, real estate prices are soaring—including in Ukrainian futures. A friend in Moscow who works in business recently told me that Russians are hounding real estate agencies about locking in plots and property in Odessa and Kyiv, believing that, sooner or later, they too will fall under Russian occupation and that the early colonialist bird gets the worm.

“This country is an empire,” remarked my European friend living in Moscow. “They have an empire within.” 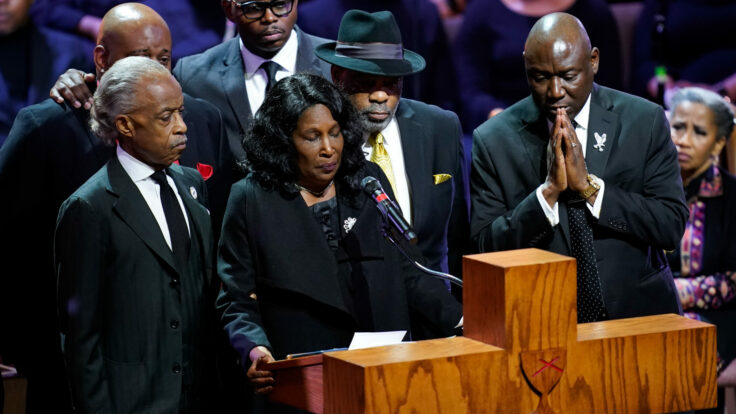