The steep correction in tech stocks, in general, and the precipitous collapse of the SPAC market, in particular, has come at the worst possible moment for Donald Trump’s half-cocked efforts to fold his Trump Media and Technology Group into a public company. Last year, of course, he was riding high as Digital World Acquisition Corp, the blank-check company with which TMTG signaled its intent to merge, soared to a meme stockish $100 or so a share, valuing the mostly nonexistent Trump media empire at several billion dollars. Truth Social, which launched earlier this year, was still mostly vaporware, and the president’s investor deck—teasing plans to become a market competitor to CNN, Disney Plus, and Netflix, not to mention “disrupt big tech” and the entire “FAANG monopoly”—was puerile and absurdist and not even quarter-cocked. But investors piled in nonetheless, putting up sufficient funds to give Trump’s post-Twitter, post-presidency art project a fighting chance.

In this brave new world, where Google is down 20-something percent and Netflix is off by 70-ish percent, DWAC has traded lower alongside the rest of the market in recent months, losing about 70 percent of its value since March. More worryingly for Trump and his co-investors, the merger that’s supposed to give his company that giant, necessary cash infusion to fund its growth is still not complete.

It’s not as if the market is writing off the potential value of a right-wing Twitter clone—if anything, it’s an increasingly crowded market, with Gab, Rumble, and GETTR all competing for conservative audiences across social and video. Ben Shapiro’s Daily Wire recently announced ambitious plans to create a conservative streaming platform for kids, working on films and television content that befits the thresholds of the culture wars.

But it’s been nearly a year since DWAC and TMTG announced their intention to merge, and September 20th is fast approaching. This “outside date,” as it’s called, is the legal deadline for the merger to be completed, and if it hasn’t by then, DWAC reserves the right to call off the deal. Hence: if they feel so inclined, there will be no payday for Trump worth hundreds of millions of dollars, and no cash infusion—neither the $293 million that TMTG will receive post-merger, or the $1 billion from the group of private investors who’ve committed PIPE financing to the venture—to grow Truth Social, much less fund any investment in streaming and original content as the prospectus had promised.

While the agreement can be extended by DWAC, the fact that the agreement still hasn’t closed has been a point of anxiety inside MAGA circles. Meanwhile, the proposed merger is currently being investigated by the S.E.C. for potentially violating securities laws. Over the past two weeks, a federal grand jury issued several subpoenas to people involved with both DWAC and TMTG, in what appears to be an ongoing investigation into whether the two companies improperly discussed a deal with each other prior to DWAC’s I.P.O. as the New York Times reported back in October. SPACs, apparently, cannot be created for the sole purpose of acquiring a single company, and negotiations prior to the creation of such a SPAC are verboten. (TMTG did not respond to my query as to whether the outside date will be met.)

Truth Social, the flagship and sole product produced by TMTG, still holds plenty of promise. After a rough start, it’s got 5 million users, according to Trump, who has amassed 3.5 million followers on his Truth profile. And now that Elon Musk is attempting to retreat from his commitment to purchase Twitter for $44 billion, which he had naively promised to transform into a sort of free-speech utopia, there is a legitimate hole in the broader social media market for a viable Twitter alternative—a place where fringe viewpoints and batshit lies can be freely yet safely expressed. It’s just not yet clear whether Truth Social can evolve into something more than a never-ending Trump rally.

A market for a free speech-oriented social media platform, Parler’s former C.E.O. John Matze agreed, still exists. “The problem is, they’re executing it all wrong,” he said, referring to Truth Social, GETTR and his former company Parler, now run by C.E.O. George Farmer. “They’re going for a hyper political audience. It has nothing to do with expanding speech, it has to do with expanding an agenda. And that’s where they’re all going wrong.” In other words, the market wants a trustworthy, politically-neutral platform, and all the existing “free speech platforms” are too closely tied with Trump and his highly controversial allies. (GETTR is run by former Trump comms director Jason Miller and was funded by a Steve Bannon ally. Parler is now funded by Rebekah Mercer. Rumble is a Peter Thiel investment vehicle. And Gab, run by Andrew Torba,  is known as a white nationalist paradise.)

It’s more than just a hand-wringing statement about democratic values. Twitter, for all its faults, and despite Musk’s criticisms, does an admirable job of platforming political opinions across the spectrum. Truth Social’s value proposition, on the other hand, has increasingly become platforming whatever Trump and his best friends are thinking at any moment. Even with a reported 5 million users, this particular version of a never-ending Trump rally is expensive: according to documents filed with the Securities and Exchange Commission, Truth Social burns through $8 million a quarter, which is a lot for an early stage startup, particularly in the asset-light tech space, and does not expect to turn a profit for several years. Should the merger fail, it’s hard to see how many MyPillows could plug that gap.

It’s been nearly two months since David “Dave” McCormick’s loss in Pennsylvania G.O.P. senate primary, and after some time away from the spotlight and a 500-person thank-you barbecue in Pittsburgh, one has to wonder whether McCormick sees a second run for higher office in the future again. “[He’s] building out a model and operation to stay involved politically in a meaningful way,” a source close to McCormick told me. “He is grateful for the opportunity to run and thoughtful about future opportunities.”

In this case, there is, indeed, life after losing—and possibly even sooner than one might think. In a poll from Suffolk University/USA TODAY,  Trump-endorsed Dr. Mehmet Oz,  the man who barely beat McCormick by 974 votes, is currently running nine points behind Democratic candidate John Fetterman, the progressive lieutenant governor whose recent stroke has kept him off the campaign trail for the past several weeks. This is in the midst of a national environment that should have been good for Oz—the same poll found that 44 percent of Pennsylvania residents think the economy is going poorly, and 54 percent think that Joe Biden is doing a bad job—but both he and Doug Mastriano, the Q-curious candidate running for governor, are currently trailing their Democratic rivals. Pennsylvanians, it seems, still care about serious candidates.

I’ve written before about my experience covering the insurrectionist mob at the Capitol on January 6th. But this week’s round of Select Committee hearings revealed something shocking that I hadn’t known previously: that Donald Trump secretly planned to direct the crowd to march towards the Capitol, leaving a “march to the Capitol” verbiage out of drafts of his tweets and speeches; and that upon hearing this, his political advisors begged him not to do that; and that the leaders of the Proud Boys and the Oathkeepers, two separate militias whose goals significantly overlap, somehow knew from the inside that Trump was going to give the order anyways.

Exactly how they knew that is the biggest question I’ve got, since the Proud Boys and Oathkeepers were both stationed outside of the Capitol, and further away from the rally, and broke in the moment Trump “unexpectedly” ordered the march. It is rather eyebrow-raising that this message was conveyed to Enrique Tarrio and Stewart Rhodes, the respective leaders of the groups through an encrypted group chat with Ali Alexander, the rally’s prime organizer and a MAGA internet personality known for, among other things, managing Kanye West’s presidential campaign. It’s not clear how either Alexander or Kylie Kremer, another organizer of the rally, knew Trump’s plans in advance, either, nor how they were able to get insight into the White House. And the one person who might have served as a nexus—Roger Stone, a close Trump ally who palled around with Alexander and the Proud Boys in the weeks leading up to January 6th, and who was in the group chat with Tarrio and Rhodes, has repeatedly pled the Fifth. (A spokesperson for Stone said that he never communicated with either of them in the chatroom known as “Friends of Stone.”)

I’ll save my complete thoughts on all this until the end of the January 6th Committee hearings when the facts of that day are all laid out, but I’ll say this for now: the conservative movement, from the Reagan years onward, has always been this giant tangle of anti-left interest groups who might unite every so often behind a singular cause or show up to the same meetings and conventions, but secretly describe the others as either fringe lunatics or sellout RINOs, depending on the administration and the country’s mood. Frankly, I’m not surprised that there was this level of overlap between the fringe militia world and the Stop The Steal organizer crew. But I’m curious about how they managed to get access to the president’s thinking—and whether it was a direct line from his brain to theirs, or an innuendo that they picked up from his tweets and edited to fit their worldview.

So far, the Oathkeepers and the Proud Boys have been hit with the majority of indictments, and considering they were the groups at the tip of the spear that broke into the capitol, I doubt this hearing will change their fates very much. But the Stop the Steal circles should be worried: if it turns out that they knew that the Oathkeepers and Proud Boys planned to go beyond intimidation, that is a potential criminal charge. And if Trump knew this, too, then all bets are off. 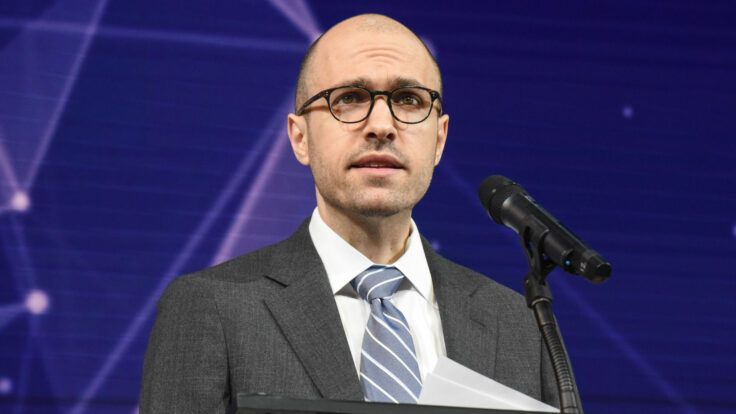