When Chris Licht was named chairman and chief executive of CNN, some mere eight months ago, he told employees that his boss, David Zaslav, had given him “one simple directive: to ensure that CNN remains the global leader in NEWS.” The mandate, with its all-caps emphasis on “news,” was actually more nuanced than Licht suggested, and contained within it the seeds of the Zaz-Lichtian thesis for what CNN should be, and what it shouldn’t.

First, the mandate was a repudiation of the anti-Trump grandstanding that had permeated the era of Licht’s predecessor, Jeff Zucker, and that had come to define the network in the eyes of its critics, and even some supporters who found it polarizing, or at least long in the tooth. Under Licht, the new boss suggested, CNN would air news, not outrage—which would hopefully draw back centrists, even if it alienated some power viewers, all in the name of expanding the network’s total addressable market and owning the middle in a market where Fox News had the right and MSNBC the left. Second, it was a declaration of CNN’s intention to focus exclusively on “news,” and not pursue expensive ancillary projects that could just as easily live on HBO Max or Discovery+, or not live at all.

There was a logic here. As I’ve noted before, CNN’s brand value—about $10 to $15 billion, by many estimates, given its $1 billion in profit—came from the integrity of its journalism and its unparalleled newsgathering prowess, not the fulminations of its most highly-paid anchors. As Zaz and Licht saw it, Zucker was potentially sacrificing the value of CNN’s brand in a bid for short-term ratings gains. To them, his notion of building out CNN further—through its own streaming platform, say, or Stanley Tucci and Eva Longoria-type lifestyle I.P.—was to miss the point. They wanted a smaller, shrunk-to-greatness, just-the-facts product, and the quickest way to articulate the thesis was, well, “NEWS.” The brand power would endure, they assumed, and people would continue to see CNN as a necessary fixture in their lives, at least for those big moments like elections and invasions, or the death of the Queen.

Eight months later, the criticisms of the Zucker era seem like nitpicking compared to the current predicament. It’s become clear that there’s more than one way to potentially jeopardize CNN’s long term business prospects beyond a temporary leftward lurch during a norm-shattering presidential administration—namely, by making it largely irrelevant to viewers in all but the most newsworthy moments, destroying its mechanisms for growth, and, perhaps most critically, losing the faith of the newsroom.

These days, amid record-low ratings and a new round of layoffs that Licht had once promised not to make, the morale at CNN is lower than it has been at any point in the decade that I’ve been covering the network. (As many of you know, I used to work there, too.) In the last 72 hours, at least twenty CNN employees, including on-air talent and rank-and-file staff, have called or texted me, many of them unsolicited, to tell me, in one way or another, that things have never been worse.

As everyone here already knows, Licht arrived at CNN with an ace reputation as a great news producer, someone known for eliciting the best from elite talent. And yet he swiftly made a series of decisions that confounded many industry insiders (beyond the inconsequential decision to tone down chyron display copy). First, he signaled that he was going to operate at an altitude above the newsroom. Unlike Zucker, the network president who was ensconced in the center of the action, with an office in the middle of the scrum, Licht was the C.E.O., despite a notable lack of business pedigree. He also opted to run his operations from the corporate floor, not the newsroom, either intentionally or inadvertently sending spooky signals to talent and executives, almost as if he were The Watcher.

The early months of the Licht era were filled, alas, with cuts—vanquishing CNN+, defenestrating Stelter, etcetera—and being a good corporate soldier as economic headwinds amplified and Zaz’s Herculean cost-cutting operations at the parentco level came into full view. It was only in recent months that he began the building part of the job.

Since formally taking over CNN in May, Licht has made two big programming decisions. The first was his call to move Jake Tapper to 9 p.m., historically the most lucrative and highly rated hour in primetime. The decision was said to be a temporary move for the midterms, but as I’ve previously reported, Licht’s goal all along was to make Tapper the permanent host of the 9 p.m. hour, and the face of his CNN. (Tapper had long been reticent about taking a primetime role, in part because it would take him away from his family—hence the need to court him with a trial run.)

The effort, however, quickly fizzled: Tapper’s viewership cratered week over week, and as of this Monday he was drawing less than 450,000 total viewers, with just over 100,000 in the advertiser-relevant 25-to-54-year-old demo. On Wednesday, I asked Tapper by text if he intended to keep the primetime slot. He did not respond, but an hour later a CNN spokesperson told me that Tapper would be returning to his 4 p.m. slot after the midterms. The spokesperson said CNN would announce “post-election plans for that time slot in the coming days.” (I also learned today that Tapper’s longtime P.R. representative Lauren Pratapas, a vice president of communications, has been let go by the network.)

Licht’s other big swing has been a new CNN morning show, helmed by Don Lemon, formerly one of CNN’s strongest assets in primetime, which debuted on Tuesday. The inaugural episode drew just 387,000 total viewers and 71,000 in the 25-to-54-year-old demo—numbers that are significantly lower than the last incarnation of CNN’s New Day, and that media executives described to me, by turn, as “brutal,” “humiliating,” and “an abject disaster.” The show is still in its first week, and may eventually find an audience. These things almost always take time, and Lemon and his co-hosts, Poppy Harlow and Kaitlan Collins, are among the most popular and well-liked stars at the network. But the delta it needs to bridge in order to claim success by any metric is significantly wider than perhaps initially thought.

On the growth side, Licht has effectively neutered the original series and films division by eliminating the budget for acquisitions and moving all production in-house. Some sources at the network are dubious that Licht will follow through on his promise to create an in-house studio to do original series, and several believe that Amy Entelis, the widely revered executive who oversees that division, will leave within a matter of months. (Entelis did not respond to a request for comment.)

As I reported last week, CNN’s digital operation is also likely to be curtailed. Representatives for the network have repeatedly tried to tell me that CNN’s digital and newsgathering units, which were recently combined into one unit, would not be a focus of the impending layoffs and budget cuts, and that digital remains a growth area for the company. But multiple sources with direct knowledge of the matter assured me that the layoffs at CNN digital and newsgathering would be extensive.

What is perhaps most notable about the outreach I’ve received this week is the overwhelming lack of faith in Licht himself. This goes well beyond the rank-and-file staffers who are fearful that they or someone they know might be laid off. It includes notable on-air talent who no longer trust in Licht’s leadership, his vision, or his ability to execute in the one area where he has historically excelled, which is producing quality news programming.

Yet there is one strange wrinkle that makes this story even more complex. Sure, the inexorable decline of linear is upon us. And, yes, Licht may have hastened CNN’s retreat through a few tugs on the wrong levers. But he’s got the enduring faith of a boss running the same corporate strategy on a larger level, and his colleagues no longer have the obvious professional alternatives that they would have a half-decade ago. Whether anyone likes it or not, Licht is stuck with CNN, and CNN is stuck with Licht—at least for now. 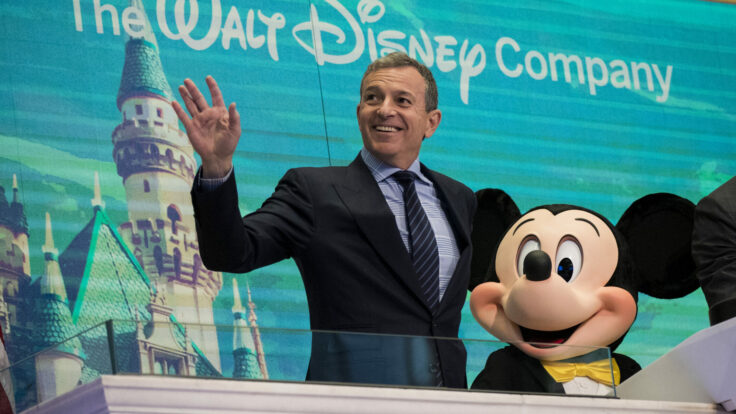