Was it Jack Welch, the revered “C.E.O. of the Century,” as Fortune dubbed him, who made GE the most valuable and respected company in the world, but perhaps made it too hot to handle in the process? Did Jack pick the wrong successor in Jeff Immelt? After all, he had a bench that included, at one time or another, Dave Calhoun, the C.E.O. of Boeing; David Zaslav, the C.E.O. of Discovery Communications and the architect of the still-pending Hollywood blockbuster merger with the Warner Media assets; David Cote, who went on to become the highly successful and respected C.E.O. of Honeywell after Jack forced him out of GE; Jim McNerney, one of Calhoun’s predecessors atop Boeing; and Bob Nardelli, who after losing out to Immelt became the C.E.O. of Home Depot, and then Chrysler.

Or were the seeds of GE’s demise already planted by the time the Immelt era had begun? While Immelt inherited a straight flush from Jack four days before September 11, he quickly found out that the world had changed after both the attacks on the World Trade Center—GE made the jet engines on the planes that hit the towers and GE had partially reinsured both towers—and the imposition of the Sarbanes-Oxley law, which came in the wake of the corporate scandals that plagued the late 90s. Had Jeff played Jack’s winning hand poorly?

Or was it the moment, in October 2015, when Jeff encouraged Trian Partners, the activist hedge fund run by Nelson Peltz and his son-in-law Ed Garden, to buy $2 billion of GE stock, only to watch the value of the GE stock continue to decline, invoking Trian’s ire? Or was it when John Flannery—who succeeded Immelt after Trian pushed him out in the summer of 2017—revealed multi-billion dollar losses at GE’s power division, and billions more in GE’s legacy’s insurance businesses, following Jeff’s decision to package up most of the insurance businesses into the Genworth I.P.O. in 2004? Or was it the moment that Trian and Larry Culp, GE’s current C.E.O., worked together to oust Flannery after 15 months, perfecting the grand alliance between a miffed hedge fund and its carefully selected Trojan Horse? Indeed, this was a last ditch effort to enhance GE’s stock price  and allow long-suffering shareholders a chance to participate in one of the greatest bull markets—2009-2021 and counting—of all time. During the past 12 years, dating from March 2009, the Dow Jones Industrial Average has increased 368 percent; by comparison, GE’s stock has increased 39 percent.

For the last three years, I have been researching, reporting and writing my new book, Power Failure, about the rise and fall of GE. I have interviewed dozens of current and former GE executives. I spent many hours with Jack before he died, in March 2020, and many hours with Jeff, getting his take on what happened and why. In truth, GE failed for all of these reasons, and many more, including the material fact that Jack fell in love with GE’s finance business—GE Capital—and allowed it to become the largest single contributor to GE’s earnings year after year, only to create a Lambo that Jeff couldn’t handle and then crashed.

Nevertheless, I am saddened by Culp’s decision to kill off GE, once the world’s most admired and respected global conglomerate. It was the company that once made products that people used every day—from lightbulbs, to toasters, to refrigerators—and the one that also made the most sophisticated, complicated and cutting-edge industrial products that most people take for granted, such as jet engines, M.R.I. machines and locomotives, but without which our lives would be very different.

Meanwhile, GE was one of the most respected companies in the world. It nurtured several Nobel laureates, had two clear Nobel Prize winners, and three other winners who worked briefly at the company. Now what’s left of GE will be broken up, putting to rest the idea that Great Men (sadly, mostly men)  could manage a sprawling, somewhat disconnected and disparate group of businesses from a centralized corporate headquarters better than those businesses could be run on their own, with a lower cost of capital and, once upon a time, a AAA-rated balance sheet, all of which enabled GE to pretty much buy almost any company it wanted, whenever it wanted.

Right from its inception, GE created and nurtured its many myths. For instance, GE loves nothing more than to promote the idea that it was created by Thomas Edison, the iconic American inventor. In fact, it is a little more complicated. Edison, along with the financial backing of John Pierpont Morgan and others,  founded the Edison General Electric Company in 1889. But Edison was a far more brilliant inventor than operator, and he quickly moved on from the company, which seemed like a lemon until it was rescued through a merger by an ingenious entrepreneur named Charles Coffin, who had an early grasp of the increasingly sexy electrical power business, not unlike the way, say, Elon Musk, realized there was something powerful afoot in the electric car industry. (I can’t help but add here that GE was one of the first manufacturers of electric cars—some 100 years ago— only to abandon the effort.)

The myth-making tradition reached its apogee under Welch, a generational leader with uncanny business instincts, who also had a rare aptitude for creating financial narratives. But GE has always been a platform for enterprising chief executives to write their own histories. The latest myth, now being crafted in real time, is that Larry Culp is GE’s savior, and that he had to solve the problems that his predecessors created in order to stabilize things sufficiently for the split up plan to have a chance of succeeding, as it begins to unfold in 2023 and 2024.

“Before Larry Culp decided to break up GE, he had to break it down,” the Wall Street Journal reported on Saturday. “The company’s decision this week to split itself into three pieces capped a yearslong financial rehabilitation project during which Mr. Culp cut jobs, sold off businesses and slashed debt. Meanwhile, major repair work was happening behind the scenes.” (Two of the three authors of the Journal article, Ted Mann and Thomas Gryta, wrote Lights Out, a 2020 book about the collapse of GE, blaming much of it on Immelt.)

Culp has always been a master media operator. “Mr. Culp arrived at GE with a reputation as a high priest in the world of lean manufacturing, a management philosophy that seeks to cut waste and create a culture of continuous improvement,” the Journal trio continued. After graduating from Harvard Business School in 1990, Culp joined a division of the Danaher Corporation, a mini-Washington, D.C. based conglomerate founded by the legendary billionaire Rales brothers, who were masters of buying and selling companies in the 1980s and 1990s, in the vein of other so-called “corporate raiders” of that time, such as Saul Steinberg, Asher Edelman, and Carl Icahn. No one can argue that Culp did not run Danaher well. At $217 billion, the once diminutive Danaher’s market value is 84 percent higher than GE’s $118 billion. Culp retired from Danaher in March 2015, and took up a perch at his alma mater, Harvard Business School.

At the suggestion of Ed Garden, who Flannery had added to the GE board of directors in October 2017, Flannery brought Culp onto the GE board in April 2018. By then, Flannery had already started thinking about how to streamline GE and cut costs out of the bloated corporate headquarters. He had already written—in December 2017—and shared with the GE board of directors a manifesto, dubbed “Eisenhower,” which was a blueprint for splitting the company up into three pieces, just as Culp announced he would do this past week. (In all the publicity surrounding the announcement of the split, Culp made no mention of Flannery’s Eisenhower document.) When Flannery invited Culp onto the GE board, according to people familiar with the situation, he figured Culp would help him think through how to take costs out and create a smaller holding company-like structure with the individual businesses having more autonomy, in the vein of Berkshire Hathaway and Danaher, as a prelude to the breaking up of the conglomerate that Flannery had envisioned. Culp became GE’s lead director in June 2018.

Instead, Flannery had brought the wolf into the henhouse. After a short 15 months at the helm, beset by problems at the power business and insurance subsidiaries, the GE board canned Flannery in October 2018 and named Culp his successor, effective immediately. Flannery did not return to his corner office in Boston to clean it out. (Disclosure: Flannery and I started at GE Capital together in September 1987, financing leveraged buyouts, and we have remained friendly since.)

As the first outsider in GE’s history, perhaps Culp was able to do things that a career GE guy could not do. But, other than selling GE’s fast-growing BioPharma business, a valuable division of GE’s healthcare business that Flannery wanted to keep, to Danaher (of all things!) for $21.4 billion in 2019 and using the cash proceeds to start reducing GE’s $100 billion debt load, Culp has done little differently than what Flannery was trying to do. Despite what the Journal reported, the partitioning of GE is just the implementation of Flannery’s Eisenhower plan four years later, with Culp heavily incentivized to pull it off financially.

Culp is the first GE C.E.O. with a contract and one that is heavily weighted to increasing GE’s stock price—something he has yet to do after more than three years at the helm. Nevertheless, Culp and the GE board re-cut his contract in August 2020, a move that has landed him a nearly immediate $120 million stock windfall, as long as he stays at GE through 2024, which seems certain at this point since he named himself the C.E.O. of the new Aviation business, which will keep the GE name.

There are many, many reasons why GE has ended up in its current predicament, and I’ve only mentioned a few of them. Only alluded to here was Jack’s love of GE Capital and how year after year it generated an increasingly large percentage, oftentime around 50 percent, of GE’s net income that Jack mined continuously to make the earnings estimates he had promised to Wall Street. And how GE Capital almost had to file for bankruptcy twice during and after the 2008 financial crisis and how Immelt chose to dismantle it, instead of riding out the storm, allowing it to live to fight another day, as Coffin had done with GE as a whole in 1893. In any event, I have written a whole book about this, to be published next year.

Until then, maybe the best epithet for GE comes from Jason Zweig, a Wall Street Journal columnist who wrote the other day, “GE’s dissolution, though, points to another reality of corporate life and death. Often, failure—as Ernest Hemingway wrote in The Sun Also Rises —happens two ways: ‘gradually and then suddenly.’ GE’s corporate culture prided itself on elevating management to a kind of science. The dissolution of the company, however, points to a reality many executives don’t like to admit: Management matters a lot, but it doesn’t matter as much as you think (especially if you are management).” 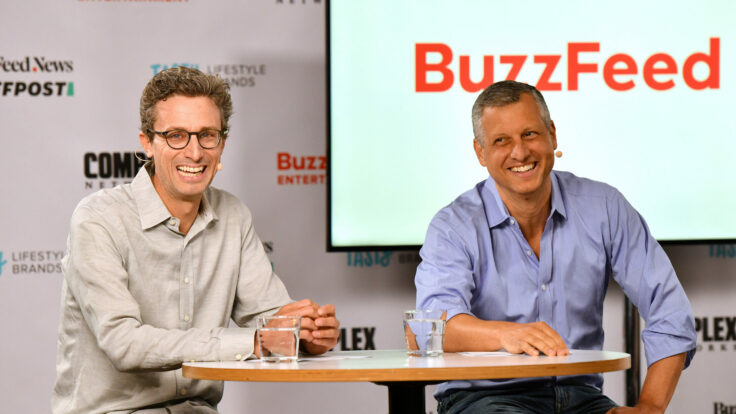