“The last thing I want to be is another gut punch,” Chris Licht, the chairman and C.E.O. of CNN, said in a town hall address to his staff this week, “and I know what I’m doing right now is another gut punch.” Thus began Licht’s mea culpa for the latest drama at CNN. When he first arrived at the network, earlier this year, he quixotically signaled that he would not implement layoffs at CNN despite a number of countermanding inexorable forces—a worsening economy, the decline of linear, and the $50+ billion debt load strapped to the ankle of his boss, the heralded Warner Bros. Discovery C.E.O. David Zaslav. Alas, Licht has since learned a lesson from the Jack Welch school of management: don’t promise what you can’t deliver. As I have reported and Licht himself has now confirmed, layoffs will begin in early December.

Since he arrived, Licht’s challenge has been considerable. He had to reposition CNN, manage the lingering Zuckerphilia, and attempt to reprogram key hours, like 9 p.m. He also took on the quotidian challenge of managing a 4,500-person organization, and one that happens to be populated by some of the world’s best journalists, who ferret out information and demand accountability the way others breathe air and drink water. And, to exacerbate matters, it’s an organization wherein many of said journalists are now contemplating a CNN that is smaller and less ubiquitous and may offer them less opportunity, and all within a broader industry undergoing the same challenges. On stage, Licht declined to specify how many people would lose their jobs. But as I noted last week, the number will be in the hundreds.

Over the course of the nearly hour-long Q&A, Licht sought to assure employees that he was devastated by the cuts, that he woke up at 3 a.m. in the morning thinking about them, and that he had no idea that he would have to lay people off when he took the role of chairman and C.E.O. In many ways, however, Licht wasn’t simply there to defend his decision. He was there to speak up for himself.

Six and a half months into the job, Licht is fighting to win back trust from restive, and in some cases bitter, employees who doubt whether the veteran executive producer is capable of running a global media company—especially amid a sluggish economy and a broad cost-cutting effort by its parentco—or even able to produce compelling programming that will buoy the network’s lackluster ratings. Licht is starting from a considerable deficit: the about-face on layoffs, coupled with some failures on the programming side—the poorly-rated Jake Tapper primetime experiment, a historic election night ratings loss—can inadvertently undercut even his most heartfelt reassurances. Indeed, as I noted above, CNN is a journalism company, and every action Licht takes (or doesn’t) is heavily scrutinized.

During the town hall, for instance, Licht was asked to address the freeze that has been placed on non-essential travel through the end of the year, another cost-cutting effort imposed by Warner Bros. Discovery that can have a particularly adverse effect on journalism, where travel is often required. “That doesn’t mean we can’t do business, or mean we can’t be able to do our jobs,” he said, minimizing the threshold of the freeze. “I’m traveling. I’m going to the Abu Dhabi bureau. I have a bunch of sales meetings. The business has to keep going on.” Licht, some pointed out to me, did not mention that his family will be joining him there for part of the time, and that he is likely to attend the Formula 1 Grand Prix in Abu Dhabi this weekend.

Licht’s comms team has stressed that he has declined an invitation to the glitzy sporting event, as was reported by The Daily Beast, but sources familiar with his plans say he will attend the race only if there is a business case for doing so—such as entertaining advertising clients or meeting with other executives. (Liberty Global, which is controlled by the Warner Bros. Discovery board member John Malone, owns Formula 1.)

Regardless, the scrutiny upon Licht’s schedule evidences the frustration he has engendered, at least among cohorts of his staff. Licht’s attendance at a 30-year anniversary party for Cafe Milano in Washington last Friday also drew scrutiny from some CNN insiders. After demoting Wolf Blitzer from election night coverage on Tuesday and Wednesday, Licht called Blitzer back in to anchor Thursday and Friday nights while Tapper skipped the lead anchor’s customary election night obligations for an event at his alma mater, Dartmouth College. Blitzer, a Cafe Milano fixture, was thus ensconced in the studio on Friday night while Licht and his chief of staff ventured to Georgetown for the festivities—a move interpreted by some as yet a further indignity to Wolf.

The scrutiny surrounding Licht on such matters can often seem petty, and more than a tad bit dramatic. No one faulted Jeff Zucker for going to Cannes and staying at the Hotel du Cap. That’s part of the job, after all. Indeed, the C.E.O. of CNN is a big job, and it should feel that way. Bringing the family along is one of the perks of executive travel, especially given the tradeoffs made at the top of the pyramid.

Furthermore, attending big sporting events or society parties is one of the privileges of executive life, and it can yield very tangible benefits. Rick Hertzberg, the Jimmy Carter speechwriter-turned-New Yorker columnist, once noted that the former peanut farmer was naive to sell off the presidential yacht, which could be used “to flatter and persuade impressionable, luxury-loving, bourbon-drinking congressmen to give their support to worthy measures.” Media executives courting big advertisers would be similarly naive to give up their suites at the Super Bowl or Wimbledon as some sort of populist gesture. Nevertheless, the situation at CNN these days is so fraught, and the morale so low, that some can’t help but look at Chris’s actions and feel as if he’s enjoying the cushy aspects of his new gig while many will fret their way through Thanksgiving over looming layoffs.

All that said, what some CNN staffers found most notable about Licht’s town hall was what wasn’t said. There were no grand overtures about CNN’s mission or its future, no appeal to the network’s essential role at this uniquely fraught political and geopolitical moment, no reassurances of a brighter future on the other side of these cuts. He spoke about the need to abide by T&E policy, and assured people there would be a holiday party despite the spending freeze. On the other side of these cuts, he said, CNN would be more nimble, and he hoped it could go back to doing what it does best. He just never really specified what that was.

Down in the nation’s capital, The Washington Post is enduring its own leadership complexities. As I reported in September, the Post has struggled to maintain the meteoric growth it experienced during the Trump years and has lost subscribers since the former president left office. While The New York Times was aggressively broadening the focus of its portfolio—building out new newsletter and podcast offerings, and diversifying its business with sticky lifestyle assets, like Games and Cooking—the Post stayed focused on its core product: politics, policy, opinion, and investigations. The businesses also eschewed the kind of big (or even medium) acquisitions that fueled the Times’ success.

One of these was The Athletic, which the Post looked at but ultimately passed on, sources familiar with the matter told me. The Times Company eventually bought The Athletic for $550 million, adding 1.2 million overall subscribers in the process. Now, one of the Post’s top editors, Steven Ginsberg, who was passed over for the executive editor position, is leaving the paper to take the top editorial position at The Athletic, as first reported by Semafor’s Max Tani. The Post’s official position is that it would rather build its own products than pursue acquisitions, but the delta between the Post and the Times’ subscriber numbers, and Ginsberg’s departure, leave open the question of whether that is the most expedient strategy.

I noted in September that both Post publisher Fred Ryan and his hand-picked executive editor Sally Buzbee were aware of their business challenges and realistic about how much work it would take to match the Times’s robust growth. Now frustrations are boiling over at the leadership level about the lack of clear direction. High-level Post staff say Ryan and Buzbee have grown increasingly frustrated with, and distrustful of, one another. Sources who have met with Buzbee have told me that she has cast doubt on how long Ryan may remain as C.E.O. Buzbee categorically denied this when we spoke this morning: “I have not told anyone that I expect Fred to leave because I don’t expect him to leave and I don’t want him to leave,” she told me. She also said she believes Ryan has the support of the paper’s owner, Jeff Bezos.

Doubts about Ryan’s future are now pervasive in the Post newsroom. The familiar refrain I heard from sources is that he didn’t move aggressively enough to capitalize on the paper’s success during the Trump era, and that he doesn’t have what it takes to build out a robust subscription business. Some high-level sources said that Ryan has the full confidence of Bezos, and that he and Ryan are in total alignment on the strategy going forward. Of course, only Bezos knows what Bezos wants.

Look, executives under pressure are not always blameless creatures. They are competitive by nature, of course, and high velocity. Part of the knock on Ryan has been that he’s an old school Washington guy who can’t see beyond the Beltway, and isn’t cut out to realize Bezos’s global ambitions. Meanwhile, the Times is the Times, and even Politico, the crosstown competition, is being rebranded under the globetrotting Mathias Döpfner as a transatlantic media empire. Ryan has Bezos’s money behind him, and the executive editor he himself chose for the job. He just has to figure out what to do with that. 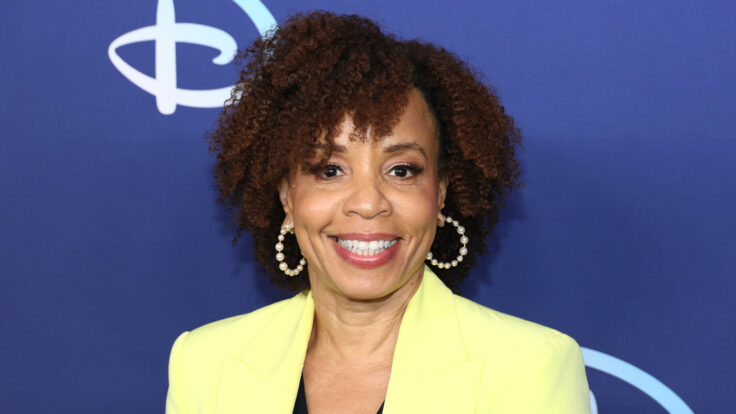