Well, it’s no wonder that Warner Bros. Discovery is looking at more write downs than expected, and licensing out some of its valuable I.P., such as Westworld, to pay the bills. Ten dollars. That’s where the WBD stock is these days, down 61 percent since David Zaslav’s deal for Warner Media closed in April. That certainly has to hurt, especially the two biggest WBD shareholders, John Malone and the Newhouse family. But look, the original premise of the deal still makes sense to me: Zaz and his right-hand man, Gunnar Wiedenfels, are extremely well-qualified stewards of many of the old TimeWarner assets. Marrying them with the cable powerhouse Zaz built at Discovery certainly seemed like a smart combination, all things considered.

The problem for Zaz and Zazworld has become the financial deal that John Stankey, the C.E.O. of AT&T, imposed to get the deal done, all with the overlay of a rapidly changing media economic environment. The combination of the now roughly $50 billion in debt and a decreasing EBITDA outlook has proved more than a little challenging for Zaz and Gunnar. Hence the ongoing cost cutting at CNN and on the filmed entertainment side of WBD. Since real people’s lives and livelihoods are involved, this bloodletting is painful. But I don’t see it ending anytime soon. The combination of the lowered EBITDA projection for 2023 (around $12 billion) combined with WBD’s net debt of $47.5 billion is a serious challenge for Zaz and one that won’t be abating anytime soon.

Does that make the much debated prospect of a combination of WBD and Comcast’s NBCUniversal any more or less likely? I know the official word out of Zazworld is that this combination is not on the table or being contemplated. Sure, I get that. The Reverse Morris Trust rules alone—under which the original deal between AT&T and WBD was constructed—prevent any change in the structure prior to two years from the closing of the original deal. That would peg the timeframe to April 2024 at the earliest. But given that these deals take so much time to construct—who will run the combined company and how NBCU gets valued are just two of the many complicated questions to be debated—and that the regulators will need a year or longer to review the combination, there is no time like the present for both sides to begin exploring the details.

Lord knows, they could use each other to get bigger and bigger, especially since the dealmaker-in-chief, Bob Iger, is back in charge at Disney. There’s no question that Zaz and Brian Roberts, the C.E.O. of Comcast, are empire builders. But so is Iger. And if Iger makes another big strategic move—selling Disney to Apple (which seems unlikely) or buying the rest of Hulu (from Comcast), as will happen at some point—then Comcast and WBD risk falling further and further behind Disney, which is already the King of Hollywood and is probably not done doing deals yet, (unless the regulators want to block Disney from doing more). That’s why I still see the WBD/NBCU combination as inevitable. It would be the only deal around that would give Disney a run for its money and it would allow both Zaz and Roberts to continue building their empires.

To make the deal happen, I imagine that Zaz would be the one running the combined company: He once was one of the top executives at NBC, when GE owned it, and helped to create both MSNBC and CNBC, so he knows the assets well. I also imagine that Comcast would want to be the majority owner of the combination, even if that means a 51 percent stake. That will require some financial finagling to get the valuations to line up 51-49, of course, but Roberts did that before when he structured the first deal buying NBCU from GE. The deal would also have to be blessed by Malone and by the Newhouses. But since Malone has always fancied himself the industry’s kingmaker, I don’t see him getting in the way. Ditto with the Newhouses, for whom this is an economic play. Of course, this is all just speculation at this point, but if you see the troika of Malone, Zaz and Roberts at next year’s Allen & Co. conference in Sun Valley, you’ll know exactly what’s going on… not that any of them need to wait until then, of course.

France’s Bernard Arnault, not Elon Musk or Jeff Bezos, is now the richest man on earth—a restoration of the proper hegemony of sorts for Europe and Europeans in the modern financial era. The lesson here, aside from the fact that we must somehow break our collective obsession with the super rich and super powerful, is that Elon is not a very clever businessman when you get right down to it, and Bernard Arnault is.

Elon would likely still be the world’s richest person (that we know about anyway) if he hadn’t decided in April that he had to own Twitter and had to overpay for it. His April 25 decision to sign the merger agreement to buy Twitter, at a purchase price of $44 billion, will go down as one of the costliest decisions of all time—not only for him, but also for Tesla’s shareholders and the other Twitter shareholders. According to Bloomberg, the flamboyant Musk has lost $110 billion of his net worth in 2022, while Tesla shareholders, Elon’s unwitting victims, have lost a whopping $300 billion or so.

Arnault, meanwhile, has kept his profile low, as always, and managed to keep LVMH, his publicly traded holding company of luxury brands, such as Louis Vuitton, Dior and Moët & Chandon, fairly steady, losing only 8.7 percent of market value in the last year. Arnault, of course, is a wily veteran, who has built and been running the company since January 1989, a mere 33 years. He’s still going strong at 73 years old. He’s lost only $13 billion in net worth in 2022, which probably explains why he’s edging Elon out at the moment as the world’s richest person.

Arnault owns about 47 percent of the publicly traded LVMH. Unlike Elon, though, Arnault seems to have made a stab at having a serious board of directors, which includes Diego Della Valle, the chairman of Tod’s Group, the Italian leather company, and Marie-Josée Kravis, the economist and wife of Henry Kravis. I’m not sure whether they have much control over Arnault, but he’s clever enough not to make a spectacle of himself and to operate like an old-fashioned, if occasionally rapacious, businessman.

While Elon’s flamboyance may have wowed investors during the era of zero-interest rates and Quantitative Easing—thank you Ben Bernanke, Janet Yellen, and JayPow—we have entered a new era, what Howard Marks at Oaktree Capital dubbed a “Sea Change” in a recent client memo. This is an era that’s shaping up to be one where sobriety and good business judgment prevail, and where businessmen like Arnault and another non-American, Gautam Adani, the founder of the Adani Group, the largest port operator in India, seem to be thriving. With a net worth these days of $125 billion, Adani is the world’s third-richest person, after Elon. His net worth has actually increased in 2022, up more than $48 billion.

And Now to Our Friend, Elon…

Meanwhile, Elon Musk just sold another chunk of Tesla stock, presumably to strengthen his position at Twitter. This is already a problem for Tesla shareholders, a big problem. Tesla stock is down a whopping 62 percent so far in 2022. So basically ever since Elon started his campaign for Twitter, which began in January with his first quiet purchases of Twitter stock, Tesla shareholders have been huge losers, even as Twitter’s shareholders, aside from Elon and those that rolled their Twitter stock into Elon’s private Twitter, such as Jack Dorsey and Prince Alwaleed, have been the big winners. Essentially Elon has transferred a bunch of his personal wealth via Tesla shareholders to many of the Twitter shareholders, or at least those who decided to take his generous offer of $54.20 in cash.

To make matters worse, Elon keeps selling Tesla stock—even after he said he wouldn’t sell anymore stock (does this kind of thing interest the S.E.C.?)—presumably to get enough cash to either make the $600 million interest payment to the Twitter banks in April 2023 or to have the $6.5 billion in cash he would need to pay the Twitter banks out at 50 cents on the dollar. Regardless, not only has Twitter become an operational and financial disaster, Elon has managed to drag Tesla and the Tesla shareholders into the Twitter debacle as well, if for no other reason than it’s just not a good fact pattern when the C.E.O. and largest shareholder keeps selling stock even after he says he won’t sell any more stock.

Some Tesla shareholders are already making clear their desire for Elon to return his focus back to Tesla, and give up his obsession with Twitter. And one other point, Elon seems to be asking investors in Twitter to pony up more equity for Twitter at the original purchase of $54.20 a share. Considering that the equity of Elon’s Twitter is probably zero at this point, or close to it, do I really need to say how insane it would be for those shareholders to pony up more money for this travesty of a deal? Does Elon really think anyone will sign up to put more money in this deal at the original price? My mind is blown.

What’s going on at both Tesla and Twitter shows explicitly the dangers of an absolute monarchy and what happens when corporate governance goes out the window. Neither company seems to have any independent leadership at either the management or the board levels; it’s all the Elon Musk show and it’s not a hit. It’s an unmitigated disaster if you ask me. When we are supposed to be living in an age where ESG is all the rage on Wall Street and in boardrooms, the governance snafus at both Tesla and Twitter prove definitely that we’re not, and that something is very wrong in situations like Tesla, Twitter, Snap (down 82 percent this year) and Meta (down 64 percent year-to-date), where one person controls the fate of tens of thousands of others, without any carburetor on their behavior. If I were a shareholder of Twitter, Tesla, Snap or Meta, I’d be mighty pissed right now. 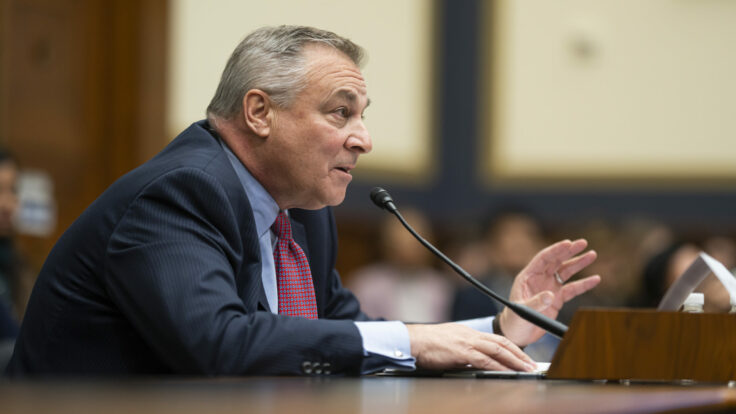 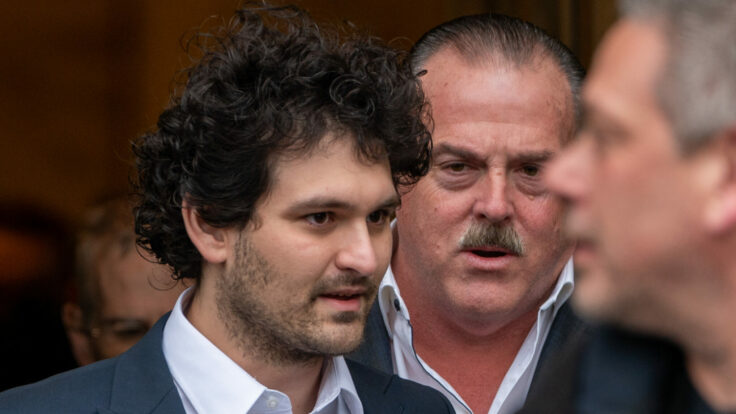 The S.B.F. Chronicles, Part 5: The Mysteries of Stanford