“While no one wants to see two trillion-dollar companies having a knife fight,” read the internal strategy document drafted by Facebook executives, “we need to have this knife fight.” This elegant depiction of boardroom barbarism is hardly surprising. Facebook has a famously pugilistic culture, stemming from the early “move fast and break things” era to Mark Zuckerberg’s Carthaginian war-fantasies with Google to Nick Clegg’s aggressive handling of its latest scandal. And the subject of Facebook’s ire is hardly a surprise either: Apple.

After all, the two Silicon Valley giants have been at each other’s throats for years, competing on messaging, privacy, and clout. Most recently, however, Apple has been working  methodically to cut off Facebook’s ability to track people outside of its app on iOS devices—a move that has left its advertisers “running blind.”

Facebook obviously didn’t love the idea of getting into a war with Apple, but the company reluctantly resolved that it was necessary. The document, revealed for the first time here, previewed Facebook’s response to settle on a familiar strategy. In the past, when critics dragged Facebook through the mud for its various scandals, members of its leadership have extolled the value it provides to small businesses who enjoy optimized targeted advertising on its channels. Once again, according to this strategy document, Facebook sought to position itself as a company that “levels the playing field” for small businesses, ideas, communities, and underrepresented groups. The rationale, the document noted, was that most people already feel like the economy is weighted against them, favoring the wealthy. Now Facebook could don the white hat and become the solution, thereby subtly positioning Apple as yet another force working against consumers. Anyway, that was the idea.

Naturally, Facebook also acknowledged in the document that this wouldn’t be the easiest case to make. Two-thirds of people polled, according to the document, felt that Facebook was a taker, not a helper, in society. It was a great company, sure, but also a reviled brand. Executives suggested that the company adopt a broader message focused on equality of opportunity. Small businesses, in particular, would be a useful instrument to get this message across. “A level playing field for small business is at stake,” the document said.

This framing has guided Facebook’s response to Apple over the past few months and will continue to do so. Facebook wants it to be an “always-on” program, meaning that the messaging will be relentless and woven into its communications D.N.A., similar to how Apple always talks about privacy. The company now runs full-page ads targeting Apple. Zuckerberg has taken shots at Apple’s impact on small businesses. Facebook ran another ad campaign proclaiming that good ideas from small businesses “deserve to be found.” It has also gone out to clients, big and small, with this messaging, trying to line up their support. And Facebook’s defenders are now picking it up and sharing it on social media. “​​When Apple disabled mobile-app tracking, privacy advocates cheered because $FB (+others) can’t see as much data. 6 months later, app acquisition costs increased 10x,” Ian Sigalow, a venture capitalist at Greycroft, said in a tweet on Wednesday. “$FB will be OK, but this inefficiency is a $50B/yr tax on the economy.”

This moment represents the latest, and most serious, dust-up between Zuckerberg and Tim Cook. While at the helm of Apple, Cook has frequently used Facebook as a convenient and untrustworthy foil with a cavalier regard for privacy. For Zuckerberg, Cook’s abuses of power (Apple previously took Facebook’s internal apps offline) are a driving factor for Facebook’s pursuit of its own operating system, which is why the company is betting on Oculus and virtual reality. When meeting with Zuckerberg in 2019, I remember how annoyed he appeared at being subject to another operating system’s whims. Zuckerberg proudly displayed an Android phone.

Nobody wins in a knife fight, the old saying goes, but so far Cook seems to be the one drawing blood. His anti-tracking changes in iOS, which let people block apps from monitoring their browsing behavior across the web, dealt Facebook’s advertising business a serious blow. Many of the company’s advertisers feel they can’t track their ads’ performance, or optimize their campaigns, anywhere close to as well as they could before the iOS updates. Apple’s success in getting people to opt-out of Facebook tracking has forced Facebook to advise investors that they should expect a hit in its next earnings report. And Facebook, for its part, does not seem amused.

“Apple’s policy is benefiting its bottom line at the expense of businesses, especially small businesses, who rely on personalized ads to reach customers and grow their operations,” a Facebook spokesperson told me. “We will continue to stand up for the businesses, creators and developers who are negatively impacted as a result of Apple.”

Apple, which declined to comment, must be thrilled with how small businesses are using its services. It’s tripled its share of total mobile app advertising since rolling out its anti-tracking changes six months ago.

As momentum builds for antitrust action in the U.S., it’s remarkable to watch these two companies go at it. Critics label both monopolies, but their battle for mobile ad supremacy may be the platonic ideal of market capitalism. Still, as they fight, the public will bear witness to their unfair advantages, especially those belonging to the device maker in Cupertino. And from Facebook’s vantage point, if it’s going to get stabbed, it’ll also be damn sure that Apple walks away bloody too. 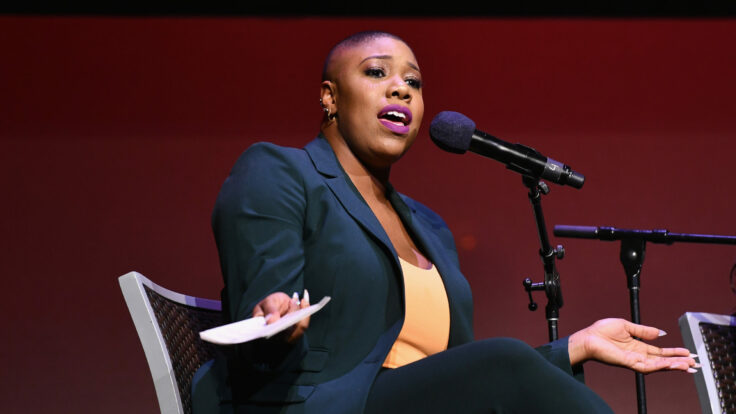 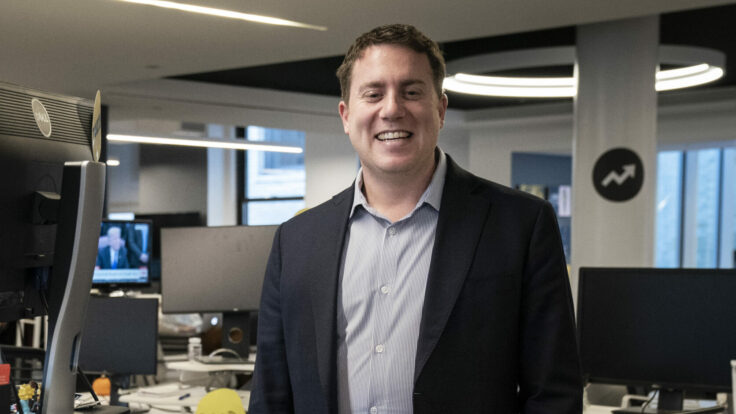