Ever since the Wall Street Journal began publishing the Facebook Files, its harrowing series on the machinations inside the world’s largest social media platform, people have seized on the company’s plans for, of all things, Instagram Kids. The notion, on its face, appears as almost a caricature of Facebook’s steroidal growth ambitions and collective paucity of emotional intelligence: a toxic, Juul-like attempt to impress its addictive algorithm on a new generation. In one leaked document, Facebook researchers discuss the devastating mental health impact that Instagram can have on young girls. In another, the company considered whether it could “leverage playdates” to onboard more tweens to an ancillary product, Messenger Kids.

But while the public outcry is appropriate, given Facebook’s rapacious efforts to preserve and expand its market share, it also underscores an underlying vulnerability at the very top of the company. For all the controversy surrounding its overtures, Facebook appears less worried about seducing teens than what happens if those teens give up on them.

Late last week, as I watched the current Menlo Park scandal unfold, I reached out to former Facebook engineer Michael Sayman, who was sitting in a high school math class, years ago, when the overture to work at Facebook arrived. Mark Zuckerberg had taken note of the 16-year-old’s prodigious coding skills and wanted to talk. Sayman, somewhat bewildered, didn’t get much time to contemplate Zuckerberg’s entreaty. “I got my iPad taken away from me by my teacher,” he recalled.

By 17, Sayman was a full-fledged Facebook staff engineer, and he quickly learned how important young users are to the company. “They realize, I think pretty clearly,” Sayman told me, “that one generation using their product does not mean that the next generation is going to.” And so, after his parents signed his NDA, Sayman was tasked with building products that would appeal to kids like himself.

Now in his 20s and a few years removed from a successful Facebook career—which he details in his new book, App Kid—Sayman says it’s hard to imagine that the latest controversy will stop his former employer from courting teens, tweens, and even children. After all, no matter how damning the newspaper articles or scorching the hearings, changing course would mean ceding Facebook’s future to competitors like YouTube and TikTok, and whatever might come next.

And also because, in Facebook’s view, the company is doing the right thing. “We’re going to take the time to work with parents, policymakers, regulators, experts, to demonstrate why this project is valuable, and how it helps keep teens safe,” Instagram chief Adam Mosseri said earlier this week, as Facebook put the program on hold. But, he added, “we firmly believe that it’s better for parents to have the option to give their children access to a version of Instagram that is designed for them—where parents can supervise and control their experience—than relying on an app’s ability to verify the age of kids who are too young to have an ID.”

Within Facebook, as within many technology companies, long and short-term priorities often conflict. The company knows full well that it must improve teens’ experiences to keep them from fleeing the platform. “They’re trying to do everything possible to understand why people are leaving,” said Sayman. “To make a product that resonates with people, you need to make sure they’re having a good time.”

But at Facebook, the imperatives of growth regularly supersede the long view, which causes the company to build flawed or addictive products, even when it knows that they’re not good for its users or itself. Growth, after all, drives Facebook’s culture: The company’s product managers are evaluated based on how fast they grow user and engagement numbers. Those numbers influence their compensation. And if they can’t grow their products to Facebook’s satisfaction, it typically shuts them down.

This system leaves many Facebook employees feeling morally righteous since they know their long-term future depends on doing the right thing, even as they undermine it in the short term. It’s something that can drive an employee working on the company’s long-term integrity efforts just mad enough to hand thousands of pages of internal documents to the Journal. But it’s also sufficiently palatable for many to press on and keep building for the next generation of users.

There have been some rumblings that this Facebook scandal is different. That a potential employee-driven revolution inside Facebook could cause it to change course. That is plausible. But it’s also a somewhat fanciful notion given that Facebook’s core product was utilized during the genocide in Myanmar and the company didn’t fundamentally alter its growth-obsessed culture in the aftermath. (“We agree that we can and should do more,” said Facebook product policy manager Alex Warofka following an assessment.) Predictably, Congress read the latest set of Facebook stories and hauled in the company for more scorched-earth rhetorical flourishes. But while the Senators involved asked some tough questions, they’ve held many such hearings lately and have yet to force Facebook to rebalance its priorities. “You can’t ask Mark Zuckerberg to be nicer. You have to change the law,” said Matt Stoller, research director at the American Economic Liberties Project and author of the newsletter, Big.

One source close to Congress’s antitrust efforts, led by Rep. David Cicilline, indicated there’s a disconnect between the Senate’s heated rhetoric and its lawmaking process. “The stuff coming out is really damning,” the person said. “But it doesn’t seem like Cicilline’s stuff is moving, so I have to think everything else would be stuck too.” Another hearing is scheduled this week.

Facebook’s executives, meanwhile, are attempting to rally their employee base around the notion that the press and lawmakers are unfairly targeting the company. They’re paying close attention to threats that always seem to turn up empty and, in an initiative led by global affairs V.P. Nick Clegg, they’re responding defiantly. The company is front-running the press, keeping its top executives out of sight, and even disputing its own research. “They constantly discount everything journalists say, and say journalists have an ax to grind,” said Yael Eisenstat, a former Facebook employee who has been critical of the company. Eisenstat suggested that Facebook is likely to play up discussion of the metaverse, the all-encompassing digital world, to keep employees engaged and excited about building new products.

Underneath the surface, however, there’s a reality that doesn’t quite square with the narrative. As Facebook continues to become embroiled in scandal, the company gets not only more comfortable handling the crisis but also better at it. Facebook has little financial incentive to change its behavior. Wall Street, advertisers, and Facebook’s users aren’t running away. “Facebook’s value proposition to consumers and to advertisers is so strong and proven that it would take a LOT for consumers and advertisers to leave it,” said Mark Mahaney, a senior managing director at Evercore, the investment bank. “I think the bigger long-term risk is the rise of competing platforms like TikTok.”

That fear of competitors is top of mind at Facebook and a core reason why it will press on as usual. Instagram Kids, now paused, isn’t going anywhere.  Sayman does believe the company will try to fix some of the issues the latest round of reporting brought to light, but he said he expects Facebook to release the app sometime down the line, perhaps under a different name.

The version of Instagram kids that eventually hits app stores will likely be quite different than many expect, Sayman told me. Think of an app that’s more about consuming content vs. creating it (like YouTube Kids). Still, once that app comes out, Facebook will have to balance its desire for growth with the kids’ wellbeing. The task sounds easy but to date it’s been a struggle for the world’s largest social network.

An Alleged Affair to Remember 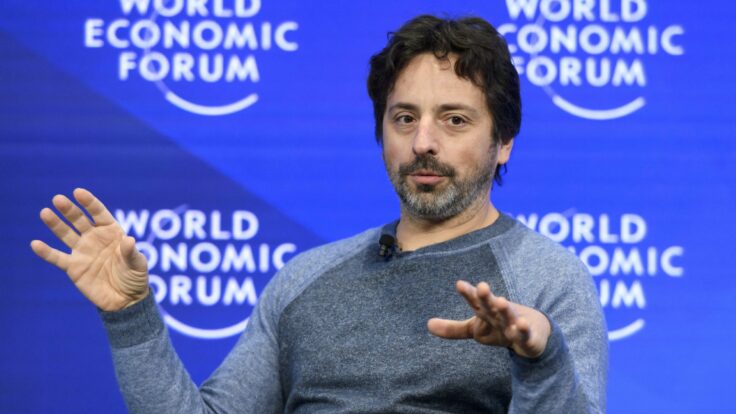 Notes on the Elon-Sergey Rift