Earlier this summer, Rachel Maddow went fishing—and learned how to tie new knots. During her absence, nearly one-third of her audience stopped watching her program, The Rachel Maddow Show, the cornerstone of MSNBC’s prime-time lineup. Ratings fell to 1.6 million on average, which is what her colleagues hope to get on a good night, but lousy when compared to her peerless performance over the years. Twice, her show even ceded the coveted 25-to-54 year-old demo to CNN’s Chris Cuomo.

When Maddow finally came back, after what she described as the “first two-week vacation I have ever had in my whole life,” the audience came back with her. The dog days of MSNBC’s summer were over—or so it seemed. In retrospect, they may have been a harbinger of the challenge to come.

Shortly after her return, Maddow reached an eye-popping $30 million-a-year deal with NBCUniversal chief Jeff Shell that will extend her contract through the 2024 election, three sources with direct knowledge of the negotiations told me. The deal is an Obama-style overall pact that will allow her to produce content across NBCU’s various platforms. But there’s an important caveat: As part of the deal, Maddow has the option to end her nightly show as early as April 30, 2022, and work on other projects of her choosing, such as a weekly show, documentaries or specials—an option everyone close to the situation says she will almost certainly exercise. In other words, she will get paid a lot more to produce a lot less.

The deal is obviously a triumph for Maddow, who, according to sources who have spoken to her, has tired of the cable news grind and has ambitions of creating her own production company. (“She sees herself as a producer, a visionary, the Oprah model,” one media executive who has spoken to her said.) It is also a big win for superagents Ari Emanuel and Mark Shapiro, who negotiated the deal and have once again demonstrated their immense influence over the cable news industry. It is even, arguably, a win for Shell and NBC News chairman Cesar Conde, insofar as they have leveraged Comcast’s vast resources to keep Maddow in the NBC family and avoid becoming known as the management team that lost MSNBC’s most valued asset. (More than one NBC insider said Maddow could have probably gotten away with even more money.)

For MSNBC, however, it is decidedly a loss. The overwhelming consensus there, and among cable news insiders generally, is that Maddow’s departure from primetime will be a crisis for the liberal network—and not just at 9 p.m. Maddow carries primetime; the audience for the evening lineup rises and falls based on whether or not she is in her chair. NBC executives and producers told me much of Chris Hayes‘ audience at 8 p.m. and Lawrence O’Donnell‘s audience at 10 p.m. is made up of Maddow viewers who show up early and stay late. Not a single one of those high-level insiders thought either host could sustain their current audiences without her, let alone come close to matching hers.

Who can? The resounding answer from inside MSNBC is: No one. “We have no bench,” one producer said. And yet as you move higher and higher up the organization, it becomes clear that one person has emerged as the preferred successor among NBC leadership: Nicolle Wallace, the former George W. Bush White House Communications Director, McCain 2008 alum and The View co-host who has found a new star turn on MSNBC as a staunch critic of Donald Trump and the G.O.P.. (Wallace has said she is “no longer a practicing Republican,” and recently called the G.O.P. anti-democratic.) As one NBC executive put it, “Nicolle is the most obvious in-house candidate.”

The idea that a former Republican operative could replace a progressive icon like Maddow will surely confound and even anger some MSNBC loyalists. But from the vantage point of NBC’s C-suite, it has its logic. Wallace is smart, capable, charismatic—”producible,” as one former NBC executive put it. No one should underestimate how important that is in television, even to a network that caters to liberal political sensibilities. Today, Wallace may just be a likeable Never Trump ex-Republican advocating for competent policy and politics; with the right packaging and marketing, she could become a hero of that cause. She is also well liked by Maddow, several sources said, and would have her blessing. (Maddow and a representative at MSNBC declined a request for an interview and declined to comment on the terms of her deal. Shell also declined an invitation to talk about Maddow and her new contract.)

None of this will please Hayes, Ari Melber, or Joy Reid, all of whom are said to be angling for the 9 p.m. slot. Several high-level MSNBC insiders described Hayes and Melber, white men who have failed to rate well in their current slots, as non-starters. Reid is arguably the most prominent Black woman in cable news, but many insiders say privately that it would be a considerable risk to make her the face of primetime because of her history of controversy. She has repeatedly had to apologize for decades-old homophobic and anti-Semitic blog posts, many of which would have tanked the careers of others. Perhaps most infamously, she once tried to shirk responsibility for homophobic posts by claiming that she had been hacked. Several NBC insiders fear that she’s still prone to unforced errors, and said it was only a matter of time before an errant tweet invited more controversy.

Looming over all of this, of course, is the decline of the linear television business, which may render concerns about primetime lineups and time slots irrelevant. In that future, the news division’s most notable brands and personalities will likely carve out their own real estate on Peacock, which you will have the option to access on demand, much the way you might access Sunday Night Football or Yellowstone. There may be a 24-hour live stream, but it won’t be the main draw. Maddow’s package of weekly shows, documentaries and specials seems particularly well-suited for that moment. Whether there is an appetite for similar offerings from less popular liberals remains to be seen.

Meanwhile, Maddow’s deal may be a bellwether. As I noted last week, CNN chief Jeff Zucker once candidly told his colleagues that Trump was a temporary antidote to cable news’ long-foretold secular decline. And Maddow’s new deal seems to suggest that she doesn’t want to be there when the transformation to a more nimble, less expensive operation is fully realized. A similar talent exodus occurred towards the end of the last decade in the magazine industry, when a generation of stars left their lofty perches only to be replaced by less glamorous upstarts in recognition of the changing economics of the industry.

Maddow is the first high-profile departure from the business, but surely not the last. It’ll be interesting to see how many other stars of her caliber—Anderson Cooper, for instance—will also depart the medium in search of their own multi-platform arrangement. 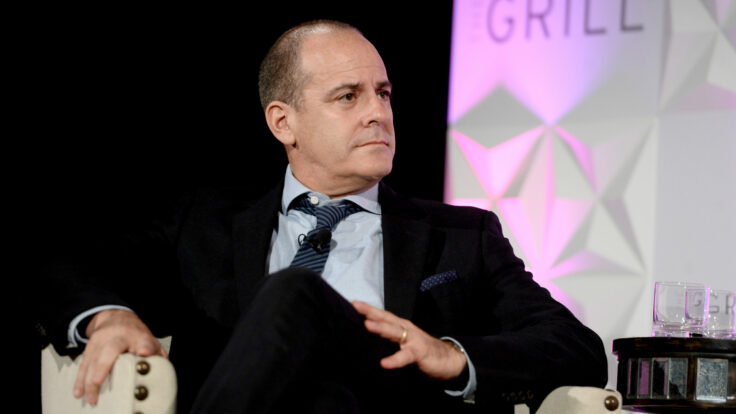