You’ve got to hand it to Elon Musk, the world’s richest man. He knows how to get attention, and he knows how to get what he wants. Since January 31st, Musk has spent around $2.6 billion in 43 separate open market purchases to obtain a 9.1 percent stake in Twitter. It’s larger than any other shareholder—with Vanguard and Morgan Stanley, as broker, a close second and third—but a mere 1 percent of his net worth, so pocket change. More notably, at least on Wall Street, is that Musk ignored the disclosure deadline and that he filed a Form 13G, implying that his investment was “passive” when he should have filed a Form 13D form, meaning that he was intending to be an “active” investor. The difference between a 13G filing and a 13D filing has always been pretty clear on Wall Street: 13G “good”; 13D “danger.” (He’s now being sued over his disclosure goof.)

Within days of announcing his stake, Twitter and Musk announced that he would be joining the Twitter board, with an initial term ending after the 2024 annual meeting in exchange for agreeing to cap his overall purchases of Twitter’s stock at 14.9 percent during his tenure, and for 90 days thereafter. This would have kept Musk inside the tent, which is better than the opposite, but either way that plan went kaput over the weekend when Musk informed Twitter that he declined the invitation after all. Instead, as he shared in a new 13D filing, he would be free to acquire as much Twitter stock as he wants, or to sell his stock whenever he wants.

The filing also pointed out that Musk “from time to time,” may “engage in discussions” with the Twitter board and the Twitter management concerning a wide range of topics, including mergers, acquisitions, the proper capital structure for the company, governance, strategy “and other matters concerning” Twitter. Musk informed Twitter that he would be expressing his views through “social media or other channels.” In other words, this looks like war. “This now goes from a Cinderella story with Musk joining the Twitter board to likely a Game of Thrones battle between Musk and Twitter,” according to Dan Ives, a Wedbush Securities research analyst who covers Tesla.

Of course, this is the worst possible outcome for Twitter. Now a guy who could easily mount a takeover bid for the whole company, even at $40 billion, is free to do whatever he wants, say whatever he wants, and materially suggest whatever he wants—such as when, as he offered last weekend, that perhaps Twitter should do away with its advertising, convert its corporate headquarters into a homeless shelter, and that maybe it should change its name by removing the “w.” He is not bound to act as a fiduciary for other shareholders, as he would have been had he taken up his seat on the Twitter board. He can buy more stock, or not. He can slap a tender offer in the paper and buy the whole company, using other people’s money or even his own, if he wants. He is now an unfettered nuclear missile aimed squarely at Market Street. “All bets they are off now,” Kara Swisher tweeted Sunday night.

Musk can do this, in part, because Twitter has pretty much forgotten how to make money. Its 2021 EBITDA was a scant $52 million, 92 percent below its 2020 EBITDA of $624 million, which itself was down 34 percent from the $945 million in EBITDA that Twitter made in 2019. (Of course, Twitter would have everyone add back to its 2021 EBITDA a one-time $766 million expense to settle a lawsuit, making its EBITDA for 2021 a more respectable $818 million, but it’s always something. Even with the add-back—groan—Twitter made less money in 2021 than it did in 2019.) Musk is already sitting on a profit on his Twitter stock of some $800 million for a few months’ work, assuming you can call “work” authorizing someone to buy stock on your behalf. I suspect he could easily raise the capital he needs to buy more Twitter stock, or to launch a tender offer for the company by margining the Twitter stock he already owns, or margining his Tesla stock, or just by asking his friends on Wall Street to lend him a helping hand.

It’s worth recalling that Musk was not the founder of Tesla. He was an early investor in the company and then took control of it and appointed himself C.E.O. Except for the fact that he already has too much on his plate —between Tesla, SpaceX, and The Boring Company—I’m not sure he has enough bandwidth left to take over control of Twitter and its management. (That said, Twitter is long accustomed to having a C.E.O. with more than one C.E.O. job.) But he certainly could find a top executive to run the place at his direction.

If I were advising Twitter C.E.O. Parag Agrawal, I would get on the phone immediately to Marty Lipton, at Wachtel Lipton, and start a conversation about putting in a poison pill, unless for some reason it’s already too late to do that. He and Marty could also talk about other defenses to keep Musk at bay: levering up, buying back more stock to make it marginally more expensive for him (not that that will make a difference), or just trying to sell the company right now to a more friendly owner? He and Marty could also give some thought to whether Musk’s S.E.C. violations amount to a hill of beans. (“Should @SEC publish new set of rules for billionaires?” Scott Galloway wondered on, of course, Twitter.) Time is running out. I think I would choose to sell the company straight away, assuming I could find an entity more liquid and friendlier than Musk to buy it.

Hostile takeovers—or at least takeovers that start in an unfriendly way; they always end up “friendly” one way or another—have been around for a long time, from the Getty Oil battle royale that launched T. Boone Pickens into the public imagination, to Ronald Perelman’s Revlon play to some of Carl Icahn’s greatest hits, like the 2011 Clorox deal. Musk’s accumulation of Twitter shares, however, could trump them all. There probably isn’t much that Twitter can do here if Musk really wants a controlling stake or to buy the company outright. Other than a quick sale, the best strategy at this point might be one that has already begun: if enough people are pissed off at Musk and threaten to abandon the platform, then he just might end up being the king of nothing. Oooof.

And there is some evidence that this grassroots, meme-ish resistance is taking shape. Asked about Musk’s stake in Twitter by Joy Reid, on MSNBC, the often-brilliant Anand Giridharadas, the author of the bestseller Winners Take All, launched into an exquisite rant. “We live in this moment when arsonists are cosplaying as firefighters,” he said. “The people who cause our greatest social problems, our global problems, are trying to con us into thinking that not only are they okay, they are also the solution to the problem they’ve caused.” (Giridharadas hasn’t stopped tweeting though, despite his concerns about Musk’s stake.)

In a weird coincidence of timing, The New York Times chose this same moment to admonish its journalists, or some of them anyway, for their incredible devotion to the media platform. In a staff memo, Dean Baquet, the soon-to-be-outgoing executive editor, exhorted the newspaper’s reporters to spend less time on Twitter and to spend more time focused on doing their jobs, digging up facts, interviewing sources, and so on. “We can rely too much on Twitter as a reporting or feedback tool—which is especially harmful to our journalism when our feeds become echo chambers,” Baquet wrote to the staff. “We can be overly focused on how Twitter will react to our work, to the detriment of our mission and independence. We can make off-the-cuff responses that damage our journalistic reputations. And for too many of you, your experience of Twitter is shaped by harassment and attacks.” He decreed that tweeting is now voluntary and that he would support any reporter who decided he or she has had enough of the platform.

He wisely urged his crew to be journalistically skeptical of what it finds on Twitter and pledged to support anyone at the paper who experiences “online threats” or “harassment.” He said that “the Masthead” will also be monitoring reporters’ Twitter feeds to make sure they don’t violate the paper’s “social media guidelines” and that nobody at the Times uses Twitter to “attack, criticize or undermine the work of your colleagues.”

In a subsequent interview with Joshua Benton, at Nieman Lab, Baquet noted that a “high percentage” of the Times staff wanted a “reset” of the paper’s Twitter policy. “I started to worry that Twitter had become too big a part of our journalistic lives,” Baquet said. “Some journalists were, you know, looking to Twitter for validation of their coverage. And I think that gave Twitter more power than, frankly, it deserved.” If New York Times reporters stop tweeting, who’ll be left to tweet?

In the meantime, we are left to wonder whether Trump will be reinstated on the platform, as Musk would like, or whether the company will add an “edit” button, another one of Musk’s desires. Or whether Twitter will curtail its attempts at silencing users who abuse its rules. Or whether the whole thing will just shrivel up and die, as he also suggested could be happening since some of the people with the biggest Twitter followings rarely use the platform to communicate with those armies.

One thing is for sure, Musk aims to keep things lively, and himself and his considerable ego center stage. On Thursday he tweeted the famous picture of himself smoking a blunt on Joe Rogan’s show. “Twitter’s next  board meeting is going to be lit,” he wrote. The tweet got one million likes. That was when he was still thinking of joining the Twitter board. Even Puck’s favorite economist, Larry Summers, the former Treasury Secretary and former President of Harvard, couldn’t resist a little bit of Musk cynicism. “Elon Musk and Twitter seem almost made for each other,” he said on Bloomberg TV. “It’s hard to imagine a less passive shareholder. I suspect that’s going to give the business press a lot of stuff to cover going forward.” 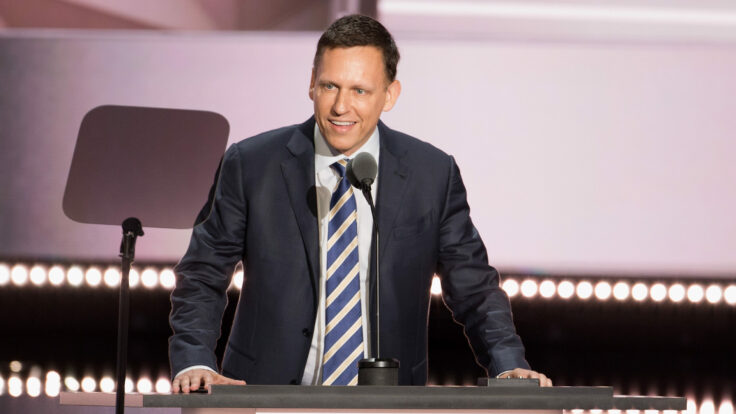 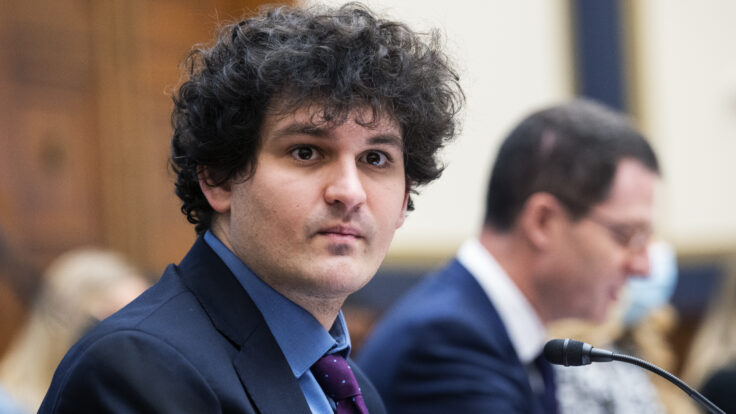 An S.B.F. Ally in the Barrel 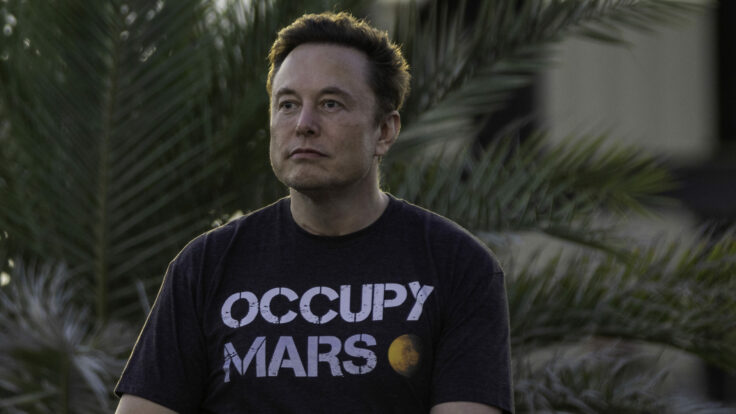