On paper, David McCormick, who is expected to enter the Republican primary for Pennsylvania’s open Senate seat, is a unicorn of a political candidate: Pittsburgh native, West Point and Princeton graduate, McKinsey alum, Army Ranger, Gulf War combat veteran, successful Pennsylvania businessman, and a senior official in the second Bush administration in both the Commerce and the Treasury Departments, who successfully represented the U.S. in several G7 meetings. A swooning Washington Times article from 2008 should tell you all you need to know about McCormick’s reputation in Republican circles as a “rising star” and dealmaker, who was simultaneously affable and able to impress suffer-no-fools hegemons, like Hank Paulson, who is quoted in the article as saying “he has a real strong presence.” Less than a decade later, he was named C.E.O. of Bridgewater Associates, Ray Dalio’s titanic, principles-laden, transparency-fetishizing hedge-fund-and-then-some.

On paper, again, McCormick is more impressive than not only Mitt Romney, for instance, but also Glenn Youngkin, the fellow McKinsey alum and former C.E.O. of the Carlyle Group, David Rubinstein’s august private equity firm, who ran a needle-threading Trump-adjacent yet Never Trumper-friendly campaign to win Virginia’s gubernatorial election this fall. That victory, heralded as a harbinger of a post-QAnon path for more sanity and experience in the party, presumably inspired McCormick that his brand of politics would again be acceptable to a larger swath of the G.O.P.

McCormick, who is married to Dina Powell, the Goldman Sachs partner and former Trump aide, has gone about straddling the line between leaning into his own traditional Republican bonafides, and placating elements of the Trump base. Notably, he brought on several former Trump administration comms officials for the campaign: Hope Hicks, Stephen Miller, and Cliff Sims. But he also hired Jeff Roe, the ubermenschen Houston-based political strategist who led Ted Cruz’s 2016 campaign and, most recently, ushered Youngkin to victory in Virginia. Can McCormick’s still nascent political brand, which marries his patriotism and military service with the fact that he runs a global financial firm (that, of course, does billions in business with China), triumph over a divided electorate? It may come down to a little artful political re-maneuvering and deft marketing.

“Trump was Trump. Dave could be Dave. But they’re both strong champions of the America First idea. And I think that’s where we are today,” a person familiar with McCormick’s thinking told me. This person defined McCormick’s vision of “America First” as an agenda that is protective of the American worker—particularly members of the waning industrial class that once populated the Rust Belt and yet still defines so much of its character. “I don’t think Dave would run if he didn’t fundamentally believe that in his heart.”

In the past year, there’s a subtle trend among the high-powered right-wing operatives and thought leaders that I speak to: they’re increasingly referring to the next generation of the Trump-spawned, nationalist-populist movement as “America First” rather than “Make America Great Again” or MAGA. It’s a clever re-positioning, if not a wistful and purposeful evolution of the politics at play. “America First” is decisively populist and nationalist, but in a way that taps into what advertisers might call positive brand sentiment about the country, and without the nativist stigma inherent to Trumpism.

Not that “America First” is without baggage—it was, in fact, coined by the then-isolationist, now partly-cancelled Woodrow Wilson to convince Americans that he would not send troops into World War One. (It was later adopted by Americans advocating appeasement of Nazi Germany.) But in the post-Trump era, where China looms as a worthy geopolitical and economic adversary, it’s taken on a new dimension. After all, if you’re not into “America First,” the logic goes, does that mean you want to see America’s standing diminished? It’s certainly a better slogan than “MAGA,” which admittedly takes up less characters on Twitter, but now spawns images of angry red-hatted Trump superfans and Capitol insurgents. I’ve also been struck by how often I heard the term “America First” used by McCormick’s allies to describe how the C.E.O. of a multi-billion-dollar global hedge fund could possibly run for Senate as a populist.

Of course, it’s not merely populism that animates the modern right. After all, the current G.O.P. is a balkanized movement that ebbs and flows based on a constant, heightened state of culture war and identity politics. It’s a movement in which a garbled version of “Fuck Joe Biden” has become a popular slogan, election deniers have been embraced as a core constituency, and having no experience in politics is considered a political asset. Those trends have not spared Pennsylvania, a state whose Republican Party effectively killed incumbent Sen. Pat Toomey’s career after he voted to impeach Trump for inciting a mob on January 6th. In March, the Pennsylvania G.O.P. narrowly voted, 128-124 in favor (with 13 abstentions), to release a statement expressing disappointment in Toomey’s actions, stopping short of censuring him.

Given those circumstances, the conventional wisdom, until recently, had been that any candidate for the state’s 2022 Senate primary would need to run to the far right. But Youngkin’s Trump-lite victory in Virginia appeared to change the calculus once again. When Sean Parnell, who had received Trump’s prized endorsement, dropped out in November due to allegations of domestic abuse, a rather unique lane was cleared for McCormick to enter the race, one that not even Parnell had successfully occupied: hyper-qualified and hyper-rich, friendly to Trumpian geopolitical and economic priorities, deferential to the former president, but not a full-on screaming MAGA alarmist. (Parnell has denied the charges against him.)

Still, McCormick has to defend the version of “America First” that has been ascribed to him: how a self-financed hedge fund guy with a global portfolio could possibly be pro-economic populism and anti-woke culture, winning a primary that a Don Jr.–vetted candidate was slated to win, all while being approachable enough to peel off independents in a general election. “We created bipartisan policies, back 20 years ago, particularly on trade and other issues, where we thought that multilateralism worked, and that’s how we should do it. Well, some of that stuff has been disproven by facts and reality,” said the person familiar with McCormick’s thinking. “That’s where I think America First is 100 percent right on: you have to put American workers in some level of prioritization, because you can’t just say, ‘okay, cheap goods are all we care about, we care about American workers, our fundamental economy; repatriating, obviously, assets and profits to our own shores.’ Like, we can’t just always be the people who sell out everybody just to get cheap stuff.”

While the phrase running the Youngkin playbook might be overused in political reporting these days, there’s an undeniable takeaway about that specific victory: a fleece-wearing, finance titan Republican can win a swing state by playing to his strengths and staying away from the G.O.P.’s more conspiratorial elements. In McCormick’s case, he can point to both his warm relationship with the Trump administration and his experience as Undersecretary of the Treasury as proof that he would be hawkish against Chinese interests. A Times report from 2008 cites his successful efforts to make China comply with anti-currency manipulation regulations. More recently, McCormick told Bridgewater staffers on a company conference call that he’d long disagreed with Dalio’s positions regarding China, particularly in the wake of the Bridgewater founder’s controversial statements comparing China’s dissenter-vanishing ways to those of a “strict parent.” (Details of McCormick’s patriotic view soon surfaced in Bloomberg.)

McCormick has another advantage, albeit a subtle one. Virginia’s electorate had already positioned itself as definitively anti-Trump, and Biden carried the state by a whopping 10-point margin in 2020. Youngkin responded by running on cultural issues—including, famously, a fear-stoking reframing of the critical race theory phantom issue—while maintaining a decent distance from Brand Trump. Pennsylvania’s politics are different. Biden, who was born in Scranton, carried Pennsylvania by less than two points. And Toomey’s career was jettisoned by a state party that still reveres both Trumpism and its leader. “I think Pennsylvania is obviously a more MAGA state than Virginia,” Alex Brusewitz, the C.E.O. of X Strategies, who’s worked on the congressional campaigns for Lauren Boebert and Marjorie Taylor Greene, told me. “Drive through PA, outside of Philly, it’s total Trump country. Working class. Energy [industry]. Amish. PA wants a MAGA candidate. McCormick and Oz aren’t that.”

But thanks to odd twists of fate, the state’s Republican primary won’t devolve into a contest over who can lurch further toward placating its Q-friendly constituency. After Parnell dropped out, the field became a jumbled grab bag of local Republicans, one former Trump ambassador (Carla Sands), and Dr. Mehmet Oz, the cardiothoracic surgeon turned starfucking diet-pill hawking host of the Dr. Oz Show. McCormick, I’m told, had tentatively thought about getting into the race after Joe Biden’s botched withdrawal from Afghanistan, but held off due to his respect for Parnell’s military service and for Trump’s decision to endorse him. Now, his biggest adversary is a fame-obsessed TV personality with even less connection to the murky animosity that lingers on the far right. Oz has stated that he’s pro-choice in the case of the mother’s health and supports transgender rights, both of which are likely to undercut him with the MAGA faithful he needs to find a winning coalition.

Notably, Breitbart has already thrown support behind McCormick, running an exclusive describing him as a potential “populist” who “plans to go full MAGA.” This seems to stretch credulity, especially after the site spent years attacking Powell, whom McCormick married in 2019, as a “globalist” Clinton supporter. But as one former Trump official not involved in the race told me, it might be out of necessity. “Breitbart knows [McCormick’s] the best choice right now,” he said. “The alternative is Dr. Oz.” (In fact, the Breitbart article took pains to invoke Oz’s woke culture heresies, as well as, of all things, referring to a recent interview that Oz conducted with Dalio, where he did the politically unthinkable: Oz called Dalio a “good friend” while praising a book Dalio had authored, which Breitbart characterized as “push[ing] China hard as the future.”)

Even my sources in the populist grassroots world don’t see a viable alternative in the race for the title of Pennsylvania’s Most MAGA anytime soon—and sound resigned to the possibility that the outcome could be less “populist” than they’d hoped. “With Parnell gone, it’s a pretty weak real MAGA field,” said Brusewitz. “I hope Sean returns.” 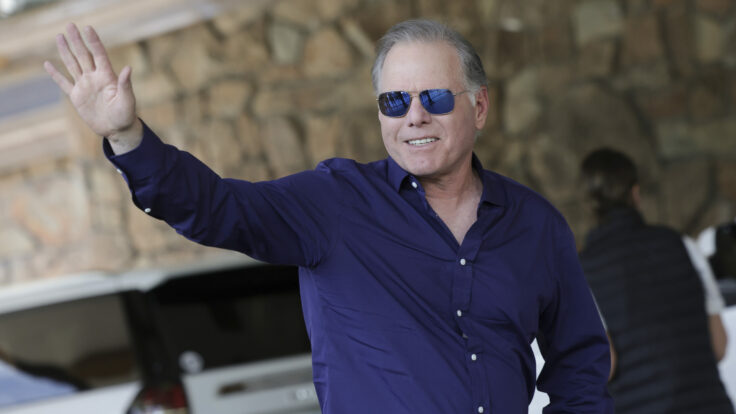 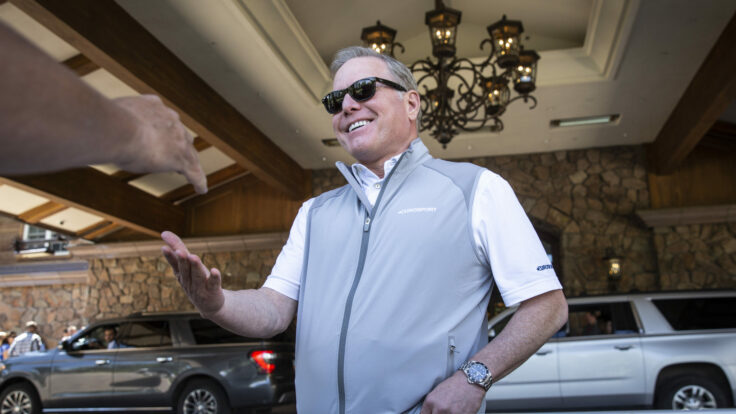 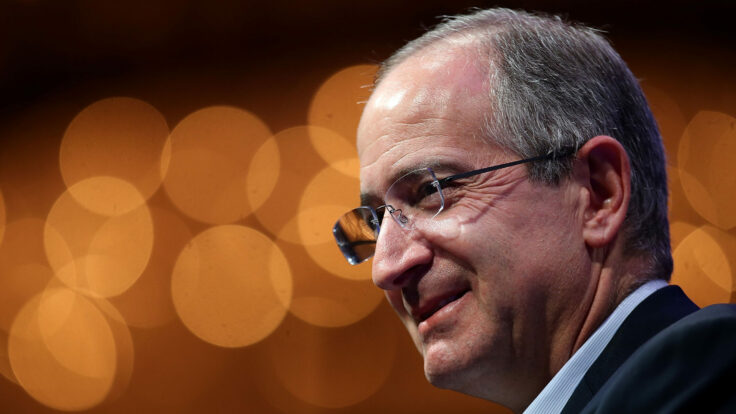