This morning, the U.S. Supreme Court announced it won’t review the Bill Cosby criminal case. As a result, he’ll remain free after the Pennsylvania Supreme Court overturned his conviction last year. Nevertheless, we’ll be hearing more about the disgraced comedian in the coming months anyway. A civil lawsuit from accuser Judy Huth is set to go to trial on May 9. That’s one of the Gloria Allred-driven cases that paused for Cosby’s criminal prosecution in Pennsylvania. Now it’s proceeding full steam ahead. Huth says she was 15 when she was assaulted by Cosby at the Playboy Mansion in 1974.

Will we finally see Cosby speaking up on the witness stand at the forthcoming trial? That’s doubtful, and something that deserves some special attention as this entire situation has really showcased the interplay between criminal and civil law.

Some exposition: About fifteen years ago, after an investigation, the Montgomery County D.A. stated in a press release that Cosby wouldn’t be charged for sexually assaulting Andrea Constand, then a 31-year-old employee of the Temple University athletic department. According to Bruce Castor, the D.A. at the time, he found Constand to be credible and thought her best shot at justice would be in a civil lawsuit—where the burden of proof is lower and Cosby would have to testify. By not charging Cosby, after all, the entertainer wouldn’t be able to assert his Fifth Amendment rights against self-incrimination.

Cosby did testify in the old civil case, which then settled. But when that civil case testimony was later used in the criminal case—a venue where Cosby should have been able to avoid self-incrimination—the Pennsylvania Supreme Court saw a violation of Cosby’s due process rights. That’s why his conviction was overturned.

OK, so why won’t we see Cosby answering questions during the Huth trial? Well, because the law has changed—partly due to the Cosby scandal, itself, and because of the #MeToo movement, too. In the last five years, the California legislature has expanded the statute of limitations for sexual abuse in both the civil and criminal contexts. That means victims (especially those who were victimized as minors) have more time until they hit the deadline to bring charges, which many will cheer. But it also means that defendants in civil suits have the possibility of more prosecutions lingering. And so, these defendants will assert the Fifth Amendment without getting assurances of no criminal charges.

Indeed, just last month, when considering Cosby’s refusal to answer questions during a deposition, the judge in the Huth case came to a finding that Cosby did, in fact, face a real and appreciable risk of self-incrimination and potential prosecutions in at least two states, California and South Carolina. His assertion of the Fifth Amendment was deemed proper. That analysis won’t change for trial.

One of the Ugliest Divorces in Hollywood History…

Johnny Depp’s libel trial against ex-wife Amber Heard over what she wrote in a Washington Post op-ed will be televised, thanks to a judge’s order this past week. It’s among the ugliest divorces in Hollywood history, a he-said-she-said tale of domestic abuse. And now, the Virginia judge overseeing the case is allowing a pool camera to be present. A summary judgment hearing is scheduled for March 24. “I became a public figure representing domestic abuse, and I felt the full force of our culture’s wrath for women who speak out,” wrote Heard, who is also pressing counterclaims against Depp.

Meanwhile, some other news from my notebook: The government’s antitrust case against Meta won’t be heard until 2024 at the earliest, according to a new schedule from the parties. That’s a long time—especially in the technology sphere—to address the allegedly anti-competitive acquisitions of Instagram and WhatsApp, which already happened nearly a decade ago. The first phase of the trial between the F.T.C. and Facebook’s parent will be a “liability” portion. Only if Meta loses will the trial then consider the remedy.

Also, for those watching Hulu’s The Dropout, you’ll have to wait until September to learn how much jail time Theranos C.E.O Elizabeth Holmes will see for her fraud conviction. That’s when a sentencing hearing is scheduled. But a separate fraud trial for her former top lieutenant (and lover) Ramesh “Sunny” Balwani begins later this week.

For months, I’ve been marveling at the feud between California regulators and their federal counterparts over alleged sexual harassment at Activision Blizzard, Bobby Kotick’s gaming behemoth, soon to be sold to Microsoft for $69 billion. It’s like nothing I’ve ever seen before, and it keeps getting weirder. The latest twist, detailed in a court filing this past Thursday, entails a rather astonishing and quite rare use of the Freedom of Information Act by a government entity against another government entity.

Last July, California’s Department of Fair Housing and Employment (D.F.H.E.) filed a breathtaking lawsuit against Activision. The suit was filled with allegations of an appalling work culture, including an obnoxiously drunk, female-harassing male managers, and an executive who worked in what colleagues called the “Cosby Suite” (you can hypothesize about the reference). The complaint went viral. In fact, when Microsoft announced it would buy Activision in January, almost everyone was quick to note the legal problems the company was facing. It might have contributed to Activision’s decision to sell.

In September, the U.S. Equal Employment Opportunity Commission announced it had come to a $18 million settlement with Activision—essentially a rounding error on the company’s net revenues of nearly $9 billion last year. That had the aforementioned D.F.H.E. erupting in rage. Attempting to stop the settlement, California’s regulators insisted to a federal judge that it was the more protective agency, and that the feds’ deal would basically compel Activision to destroy evidence before California got its own shot at the company at trial. That’s right—destroy.

The E.E.O.C. reacted with its own jaw-dropping document dump—including conversations between the agencies from the past couple of years that the judge later decided should have been sealed. Whoops. These filings detailed a worksharing agreement between the agencies, and how a pair of investigators had switched teams. The Commission alleged that the California agency’s work was tainted by conflicts and professional misconduct. The feds also defended its proposed settlement on the merits.

Just before Christmas, however, the judge refused to let the California agency intervene in the case. He said there was no way he’d allow destruction of evidence, and if California had something to say about the worthiness of the settlement, it could file an amicus brief like anyone else. The California regulators didn’t need to participate as a formal party in this case.

But California didn’t give up. The agency subsequently filed an appeal to the 9th Circuit, and demanded that the judge halt all proceedings in the interim. The judge, still not understanding what advantage California’s regulators wished to gain by such measures, rejected the request on February 23rd.

And yet, they refused to let it go! This past week, the California agency rushed to the same judge, brandishing a supposed new revelation: The E.E.O.C. doesn’t have authority in the first place to pursue a settlement in federal court, the D.F.H.E. now insists. The basis for such a bold claim? Evidently, it derives from something most investigative journalists routinely experience—a rejection of a Freedom of Information Act request.

A few weeks ago, it turns out, the California agency demanded records from their federal counterparts, using FOIA, to gain access to documentation regarding the latter agency’s vote to file litigation against Activision. When this particular FOIA request was denied because there evidently were no records fitting the description of what was sought, the D.F.H.E. seized upon the rejection letter as some sort of smoking gun that showed the E.E.O.C. lacked authority to be making hay of sexual harassment at Activision in federal court. Never mind that the same lack of green light on filings can be said of a pretty relentless California agency. After all, the judge has already rejected its motions to intervene here. Someone’s not taking the hint.

The astonishing turf war continues between two agencies that are both tasked with policing civil rights in the workplace. If this was a conservative state fighting against the Biden administration, that would be newsworthy enough. But what we’ve got here is an epic grudge match taking place in the midst of a post-#MeToo reckoning between two ostensibly progressive agencies. The disintegration of the relationship between the two could have fallout for other investigations now being pursued. 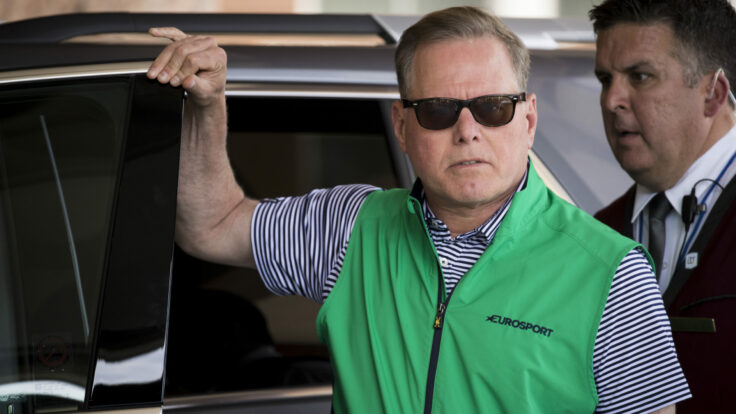