Over the last few months, Eric and Wendy Schmidt have quietly started a new philanthropic initiative that is shaping up to be an influential nerve center of the ultra-high-net-worth world. The effort, I have learned, is called P150—and it is already gaining traction among advisers to the mega-wealthy who want to co-fund new programs and share contacts and ideas, but also feel constrained by what some participants in the group call “single shingles,” or shops that serve a single donor without much staff. “Just about everyone I know is part of this community now,” said one consultant who was pitched on the org, with some amazement.

Indeed, this year, aides at Schmidt’s philanthropy, Schmidt Futures, have been reaching out to tons of advisers and other billionaire donors, inviting them to join P150. The solicitations have generated a ton of buzz and intrigue, as often surrounds work with someone as powerful as Schmidt, according to a half-dozen people who heard the pitch or are involved. The project name is inspired by Dunbar’s Number—the notion that a person can only have 150 quality relationships at a time—and the big idea is to create a philanthropic community that would encourage its adherents to move money more quickly, just like, say, Bill and Melinda’s Giving Pledge. Unlike many Gates projects, however, P150 describes itself as “action-oriented”—less high-minded cerebral talk from donors, more deal flow from people actually doing the work.

Schmidt’s team, after all, has worked purposefully in recent years to organize other philanthropists at family offices, at other foundations, and among other billionaire donors themselves. The focus has been on the bigger U.H.N.W. players, especially those without much philanthropic staff. One P150 member said that Schmidt’s people told them early on that members had to represent one or more donors who bequeathed $5 million a year annually. (A Schmidt spokesperson said that is not an explicit requirement and that there are members who move less than that.) My understanding is that it isn’t actually that exclusive—it’s pretty easy to join at this point with a referral—but the patina of exclusivity strikes advisers as part of the appeal. “People love being in exclusive clubs,” said one person familiar with the P150 pitch. “And then you can use peer pressure to get people’s money out the door.”

Extracurriculars are also a major draw. Two to four times a month, P150 invites its members to a virtual conclave with a Schmidt aide or some other expert from the broader Schmidt network. In the summer, for instance, members got a “fireside chat” with Tom Kalil, the Obama administration eminence who is a revered figure in political-philanthropy circles and is one of Schmidt’s top aides. A few weeks later, Eric Berlow, a prominent climate scientist, gave members a “SNEAK PEEK exclusive chance” to see his climate philanthropy dashboard “before it’s public.” Another session focused on how philanthropy can support Biden policy legislation as it is implemented, and one this upcoming Friday features Jason Berkenfeld, one of Schmidt’s top political advisers, previewing how to support progressive, election-focused nonprofits. Advisers who are allowed into the club are also added to an email listserv, which is populated daily by advisers asking one another for recommendations about certain nonprofits or pitching one another on opportunities.

The network met up for the first time in New York last Monday and Tuesday, a somewhat hush-hush conclave that attracted 100 or so aides to some of the richest people in the world. “This isn’t a conference where you just reconnect with people you already know and pop into some panels,” read one invitation that made its way to me. “We are committing to go deep, fast—getting real about the unique potential and challenges of our jobs, rolling up our sleeves to tackle shared questions, and unlocking powerful funding opportunities.” The goal of the two-day meetup, according to the invite, was to have “built strong foundations for what P150 can become.”

Schmidt sees this as an early pilot project, and a spokesperson said that almost everything about it remains fluid. The Schmidt team has also tried to emphasize that P150 should be built from the bottom up (whereas the Gateses’ Giving Pledge is viewed as fairly top-down); its members have been encouraged to be involved in decisions, and at one point they were surveyed on “activating infrastructure” for advisors. And everything from the name of the group to the membership process to the precise remit for the network remains in flux. But as last week’s New York gathering demonstrated, this months-long project is further along than this messaging would suggest.

The challenge, as I’ve previously reported, is that philanthropic advisors have circumscribed powers. As a major Democratic donor was explaining to me over coffee last week, donors generally want to spend time with other donors. They will show up to events when the principals are there, sure, but spending time with a staffer? That is a far less appealing way to spend an hour or a weekend. That is why conclaves like the Giving Pledge Annual Gathering—or Schmidt’s get-together at the Yellowstone Club, or the now Charlie Rose-less Charlie Rose-Ari Emanuel Weekend in Aspen—are a major focal point of the high-dollar social calendar. It’s also why many people in this world feel the biannual Democracy Alliance confab has lost its luster—too many political and nonprofit staffers in attendance rather than the donors themselves. Compare that to the semi-regular political briefings that Seth Klarman and Reid Hoffman have been hosting, including a briefing a few weeks ago that drew a number of principals who wanted to hear what the two mega-donors were up to—from the donors themselves.

But circumscribed or not, these philanthropic and political advisers run more of the grantmaking world than you think. Many top donors, particularly those with day jobs, have little idea what exactly they are funding outside of general topic areas (not that they’ll ever admit it), and rely on these staffers to oversee their good works. The consultant-ification of this field is an essential storyline of the donor-empowerment era, when so many billionaires are drawing up ambitious plays, but don’t have the time to execute them. “They may or may not have the time. They dont have the knowledge. They often think they do. They don’t,” said one adviser involved with P150. “It’s specialized knowledge—and it’s not a criticism. It’s complicated.”

Another philanthropic adviser recently referred to these industry peers as “influencers”—and someone like Bridgespan co-founder Tom Tierney, who advises Gates and MacKenzie Scott, as a “super-influencer”—language I laughed at initially, but I do understand what my source was gesturing toward.

And Schmidt & Co. are increasingly among the top influencers in this world. I reported earlier this year that Schmidt aides once explored creating a new science-funding organization to pool funding. Berkenfeld, Schmidt’s political right hand, plays a key role in linking Democratic donor-advisers. Now, with P150, Schmidt also has the opportunity to play a Gates-like role in Big Philanthropy, not by organizing donors a la the Pledge but by organizing the staff. While Schmidt himself has yet to get involved with P150, leaving that work to his team, he is a consummate networker with decades of relationships spanning Sacramento to Washington to Zero Bond. “I get the impression that he is trying to be the leader in philanthropy—maybe to the Bill Gates-level—with this effort and his expanding staff,” said one person pitched on P150.

Given the truly astronomical amount of dry powder at billionaire philanthropists’ disposal—the last few months of the stock market be damned—P150 is more than just a professional-development network for philanthropic advisors. Hundreds of billions, and maybe even trillions, of dollars are heading to the nonprofit sector over the next few decades. The people who control those accounts will have the power of small nations.

Election Day may just be a week away, but Peter Thiel is not slowing down. Thiel is co-hosting a final fundraiser for Blake Masters on Thursday afternoon in Phoenix, I’m told, a final hurrah for his protégé in a race that is believed to be getting closer and closer. Thiel, who donated $2.5 million more into Masters’ super PAC earlier this month, has hosted at least a dozen or so fundraising events for Masters, a combination of small, intimate dinners featuring him, the candidate and a few max-out donors, along with more traditional, larger grip-and-grin fundraising receptions that Thiel has headlined as a “Special Guest” from Miami to Los Angeles.

Thiel has been traveling lately in Europe, and was spotted last weekend in Romania, according to Romanian tabloids that I now know too much about, for a massive Halloween party at Dracula’s Bran Castle, along with other tech eminences including Sergey Brin and Larry Page. (No, Elon Musk was not there, which the tabloids had to walk back in a frenzy.) But Thiel has also scheduled at least one more local swing through Arizona, just 96 hours before Election Day, one of three fundraisers that Masters has on the books that day. It’s hard to optimize money gathered that late, but not impossible, and Masters needs every dollar he can get given how badly he has been outspent by forces supporting Mark Kelly.

The Twitter takeover has cemented the power of not just Elon but also his personal board of directors, the people that Elon turns to for advice. As has now been widely reported, a number of Elon’s closest confidants, on Elon’s payroll or off, have become de facto Twitter executives, temporarily filling the vacuum created in Twitter’s C-suite when he fired the company’s existing leadership.

Several of these new ascendant individuals at Twitter are people we’ve written about extensively here at Puck: David Sacks, the G.O.P. fundraising impresario and original member of the PayPal Mafia, is now helping execute the remolding of Twitter policy on everything from content moderation to ARPU as a “staff software engineer.” Jared Birchall, the BYU-educated family-office chief for Musk, has moved on from his boss’s vanity projects—like, at one point, the intended purchase of the URL JustBalls.com—to matters like which Twitter employees to fire. None of these people are actually Twitter employees, but Twitter is now a private company and Elon can do whatever he wants.

It is not unheard of, of course, for a C.E.O. to rely on friends and family for advice from time to time. These Elon friends do have areas of expertise. But this is certainly an unusual type of corporate governance to essentially have Elon friends and employees, at a time when there isn’t yet a board of directors, moonlighting as decision-makers at the company, serving effectively as a special-situation SWAT team. But hey, Elon trusts who he trusts. 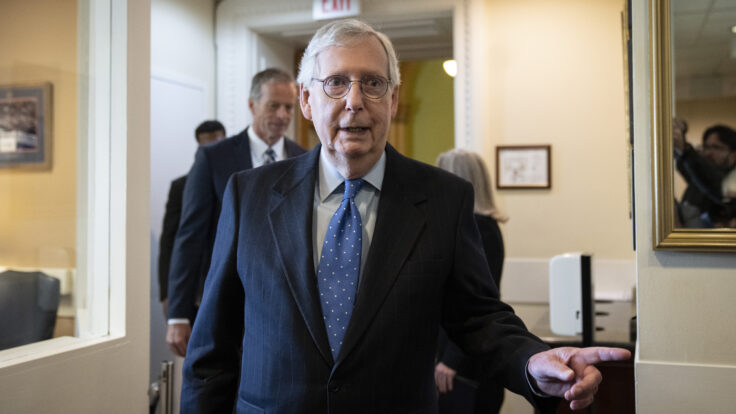