I’m going to begin with a disclosure: I am not a medical professional. I am not an epidemiologist, nor a virologist. I’m a person who has had to learn way more about all these things than I ever intended, so allow me to put on my fake epidemiologist hat and offer the perspective of a tired citizen who’s frustrated at just about everything and everyone associated with Covid.

The Omicron wave appears to have peaked in the United States, even as the death toll continues to climb, but the real turning point has been political and cultural, especially in urban enclaves where people continued outdoor masking long past the point when we knew that wasn’t gonna move the needle. Democratic leaders have acknowledged that Covid may be becoming endemic, even liberal parents have lost patience with school closures, and bars and restaurants remained open despite the pleading of overwhelmed emergency-room doctors and nurses to help “flatten the curve.” We’re a long way from the early days of the pandemic, when we didn’t yet have a life-saving vaccine, banging pots and pans for our healthcare heroes.

And yet, I have to admit, I’m as burned out and frustrated as almost anyone. I’ve softened in my own Covid protocols. About half the people I know, responsibly multi-vaxxed and all, have gotten Omicron and most of them had test results that failed to detect their status multiple times.

We got sold a “hot vax summer” that was lukewarm at best. We’ve been getting contradictory information from the C.D.C. this entire time. When they recently announced that N95s were better than cloth masks, my friend texted me, “Next they’ll tell us whiskey gets you drunk faster than beer.” The virus itself keeps shifting, but that’s also not a surprise given the “novel” nature of this novel coronavirus so the idea that we would be fully back to normal by now was a false promise. I think the Biden team was lulled into a simple vax-only approach and wanted to believe the mere fact of his election would end a global pandemic. Turns out global pandemics don’t really care who the president of one nation is.

Meanwhile my friends who are parents have experienced a level of stress, frustration, and gray hairs that is truly astonishing. So I seriously offer my sympathy to parents out there. If you live near LA or Palm Springs, bourbon is on me.

Here’s a brief list of what I’d like to see. First, we still need smarter collection, sharing, and use of data to drive decisions. Sometimes I feel like the U.S. is the kid in class who didn’t fully prepare for the test so we sneak a peek at the other students’ answers. In this case those students are Israel and the U.K., whose healthcare systems offer much more comprehensive support and data-sharing than our vastly more expensive but clearly less competent system. When we’re not copying Israel’s answers, it seems like we’re just doing what Pfizer wants us to do.

I want to see us making decisions based on data that differentiates across ages and risk levels. I want to see us go beyond deploying heavy brute force to stop Covid to understanding immunity and how it’s different based on different vaccine shots and those who’ve been infected. Boosters for everyone every six months forever is not a solid plan.

I want to see us offer meaningful support to healthcare workers who we’ve thrown under the bus and dragged for almost two years. I recently complained to an emergency medical doctor friend about I.C.U. capacity, and he told me, “Oh we always run I.C.U.s near capacity.” Our hospitals have become so focused on business performance that many have deemed it unprofitable to be able to handle surges. Long term, we need a healthcare system that actually prioritizes human care. Near term, we need relief for the people who’ve stayed on the front lines all this time with almost no break. Biden might even be able to get parts of the Build Back Better program enacted if it included health worker support and increased hospital capacity. Even red state folks want the ability to have a heart attack and not wait eight hours.

I want our leaders to stop treating us like we can’t handle the truth and just acknowledge when changing circumstances lead to changing guidelines or when they mess up. Just don’t pretend you’ve just been crushing it this entire time. Recently I screamed at my TV seeing Dr. Anthony Fauci on Rachel Maddow (I scream at my TV a lot when watching Maddow, which is why I only do so in small doses and rarely at night—it ruins my sleep). When asked about rising childhood Covid hospitalizations, he explained that there’s a difference between being hospitalized with Covid and being hospitalized because of Covid. He added that lots of kids are admitted for broken bones or appendicitis, but because everyone gets tested, if they are positive, they get counted as a Covid admission. Pardon me, but I do believe that’s the same story I heard from the former president and lots of conservative Americans claiming the Covid hospital numbers were inflated. But Fauci didn’t acknowledge that. He just said it as if it were an obvious truth that public health officials hadn’t been denying and calling crazy for more than a year.

Oh, and can we stop using fax machines? Seriously, how are we spending over $4 trillion in healthcare every year and still faxing documents. Stop it, America. As divided as we are, I believe we could unite around finally ditching faxes.

The Dan Bongino-ization of Digital Media

Earlier this month, Parag Agrawal, Twitter’s new C.E.O., inaugurated his tenure by permanently suspending Rep. Marjorie Taylor Greene’s personal account for spreading Covid misinformation. That’s Twitter’s right (and, arguably, its responsibility) as a private sector company. But it got me thinking about the growing stratification of our social media ecosystems and other online communities. Greene, like many deplatformed conspiracy theorists before her, urged her supporters to follow her on “free speech” platforms like Gettr, Parler, and Gab instead. I’m sure she’ll create one of the first accounts on Donald Trump’s social media app, too.

None of these right-wing safe spaces have yet to achieve anything close to the commercial success of Twitter, despite conservative threats to abandon the company once and for all. But I suspect our understanding of this dynamic will have to evolve as consumers begin to abandon centralized platforms for smaller, interest-based communities and experiences.

The definition of success in digital media, after all, is already very different from what it used to be. Gettr doesn’t have to be as big as Twitter to be successful. And I should note that Twitter’s success is questionable. Its share price today is about what it was in March 2018, and still far below its I.P.O. value. We live in an increasing era of niche media and niche communities. A platform that caters well and deeply to a dedicated core audience has great value to them and potentially great business value. Hey, look at Puck!

I recently read a terrifying New Yorker piece (when did the New Yorker become my own personal horror publication?) focused on right wing media personality Dan Bongino. It’s a Long and Very Important Read, but what I found most ominous is how Bongino saw all the deplatforming of right wingers from social media, web hosting, even payment providers, and he committed to building an independent stack of tech resources for this community. The bans by mainstream platforms still have some effect in limiting the crossover and recruitment to extremism, but those who are banned now also get to sound off in a far less scrutinized environment. I don’t know what the net effect is. Much of the coordination for the Jan. 6 attack on the Capitol took place in smaller, more private communities.

The definition of a “successful” right-wing tech/media space depends entirely on how we define success. It’s hard to “own the libs” if there’s no libs on your platform to own, so if success depends on trolling and ideological combat, many of these platforms will fail. If, however, success is defined by monetizing emotional distress that’s further inflamed by racist superstition and conspiracy, then I bet Trump Media et al. will be wildly successful. There’s a lot of money to be made off people’s unchecked fears, and many people are willing to pay to be around people like them in an environment that meets their emotional needs. It’s the premise of every membership from Soho House to Xbox Game Pass.

Of course, it’s impossible to contextualize the polarization of internet business models and online communities without discussing an older tech platform almost completely dominated by the political right: talk radio. Conservatives have pretty much owned talk radio exclusively since the 1990s, and they’ve used it to mint personalities and policies that are very much successful if we’re measuring success by cultural, political, and economic impact.

Canceling someone from Twitter doesn’t necessarily mean they are canceled in our culture. Trump is out of the White House, off Facebook, and off Twitter, yet still runs the Republican Party. Rep. Marjorie Taylor Greene lost her personal Twitter account but that doesn’t mean she’s lost her ability to further poison our politics. After all, she’s still Representative Greene.

MSNBC in the Metaverse

We are losing our common spaces. As media follows the hyper-targeted and personalized market segmentation that internet advertising has wrought, we will increasingly live in siloed realities. I still remember writing about my data detox in 2018, when I tried to uncover the way the owners of the apps and social networks I used viewed me and how their advertising partners valued me. I saw how I was not “Baratunde Thurston: human being.” Instead I was cut up into hundreds of psychographic segments and then stalked around the internet as these incomplete and often inaccurate mirror images tried to sell me shit.

Take that digital micro-targeted ad-stalking and apply it to the information we need to collectively govern ourselves. We already live in a version of this. Fox thinks Hillary Clinton is a war criminal and Joe Arpaio is a hero. MSNBC thinks the opposite. But our biggest media outlets are doubling down. (See my colleague Dylan Byers’ smart take on the future of these networks in a streaming world for more context.) I think that means a concept like the “metaverse” is missing this reality check. There will be many metaverses, possibly catering to different political ideologies.

My hope is that these outlets also recognize the value of shared reality, of common and public spaces—like libraries!—and refrain from constructing fully mutually-exclusive digital realities. My hope is that if they don’t, someone else will, and that we will tire of seeing ourselves through these divided lenses. But my expectations are less ambitious than my hopes. 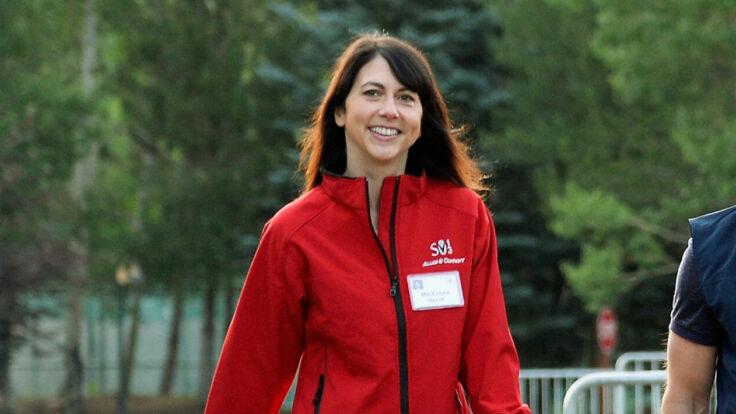 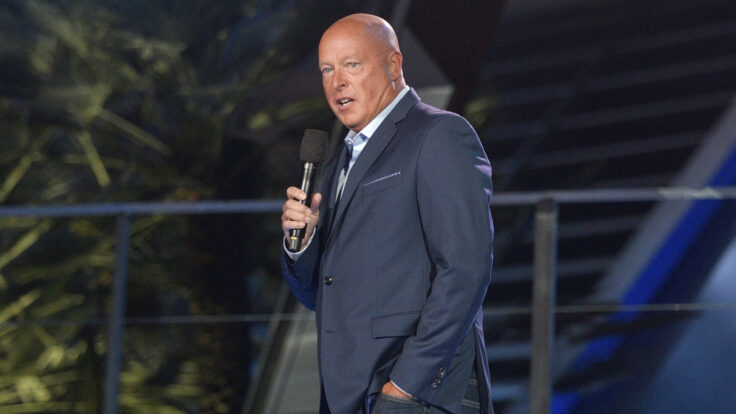 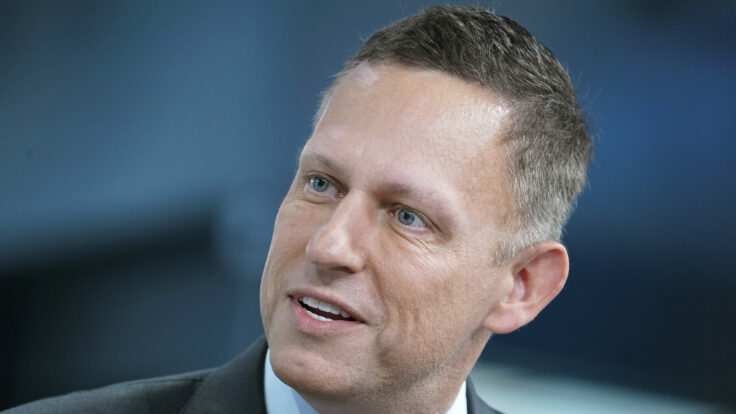