Despite being one half of Silicon Valley’s highest-profile couple for decades, Laurene Powell Jobs has always been somewhat of an enigma. Like her late husband Steve Jobs, she is known to be deeply private and to keep a tight circle, which includes heavyweight allies like Ron Conway and Marc Benioff; a handful of loyalists, such as Stacey Rubin; and family members who work at her Emerson Collective, including her son, Reed Jobs. Emerson—a for-profit entity that is part family office, part mega-philanthropy, and part political advocacy shop—was founded fairly modestly back in 2004. But over the last decade it has grown to become a colossus with enormous influence in civil society and stakes in very disparate businesses. I’ve long found Powell Jobs to be one of the industry’s most fascinating figures because of her unusually diverse interests: She is one of the world’s top art collectors and curators, an executive producer of films at Sundance, a majority stakeholder in The Atlantic, and co-owner of the Washington Wizards.

A mostly private person who is nevertheless omnipresent in public life, it can sometimes feel like everyone knows Powell Jobs, and that no one really knows her at all. Over the past week, however, she has been unusually in the news, the subject of pieces that reveal new aspects of Powell Jobs’ empire and power. (There’s more to come: A profile is in the works at Business Insider, I hear.)

I’ve gotten to know Jobs World over the years, speaking to Emerson insiders and close observers. And so here’s my notebook on the three headlines that thrust her into the spotlight this week.

“They Know He’s Not Good Business”

Powell Jobs has been a largely peripheral player in the media firestorm that has enveloped Ozy since Sunday night, when Ben Smith published a column suggesting that the media company has misled investors about the size of its audience. Emerson is an investor in Ozy, and Powell Jobs has been close with Ozy C.E.O. Carlos Watson for decades—the two co-founded College Track, her first philanthropic initiative, back in East Palo Alto in 1997. Now, her old friend and fellow tutor has become a liability: On Tuesday, the Ozy board announced it had hired the law firm Paul, Weiss to investigate its “business activities” under Watson’s watch, including an incident in which Ozy’s C.O.O. impersonated a YouTube executive during a conference call with Goldman Sachs.

None of this should be surprising to Emerson. In fact, in recent days I have learned that Emerson had grown alarmed with Ozy for some time, so much so that around 2018, the firm encouraged Watson to sell the company. Emerson tried various tactics to impose discipline, I am told, such as pairing new funding with requirements to hire a C.F.O., hit revenue targets, or pursue other course corrections. “[Emerson] has been trying to extricate [itself] from Carlos for a long time,” said one person familiar with their relationship. “They know he’s not good business.”

But Emerson had limited leverage and couldn’t get Watson to sell, nor could it get him to whip the company into shape. “My reading of the tea leaves is that Laurene [was] torn,” the source opined, referring to Powell Jobs’ thinking at the time. “She [wanted] to support her friend Carlos but … Ozy’s brand sucks and the business guys are all telling her to dump him.”

By late 2018, it was clear that the Emerson-Ozy relationship was frayed. A small, but telling example: Emerson Collective and Ozy used to co-host a Christmas Party together until the 2018 season, when Ozy was subbed out for the celebrity chef Jose Andres, I’m told. Emerson continued to participate in fundraising through 2019, but has said that it stopped after that.

About a year ago, I came across tax filings for a little-known charitable foundation that Powell Jobs had set up called the Emerson Collective Foundation. The outfit was a mystery to me—and, I was told, to some rank-and-file Emerson employees, who were curious about what their colleagues were working on. All I and they knew was that Powell Jobs was transferring billions into this new entity, which had been set up as a charitable foundation, not an LLC like Emerson. Earlier this year, we learned that it had been rechristened the Waverley Street Foundation and was a “family foundation.” Emerson said little else at the time, except that “it exists as an entity” and “there isn’t much in terms of a mission.”

Well, seven months later, there is a mission, and the mystery is solved. This week we learned that the Waverley Street Foundation is at the center of a new $3.5 billion initiative focused on climate change. In true progressive fashion, Powell Jobs is explicitly targeting environmental justice: “initiatives and ideas that will aid underserved communities who are most impacted by climate change.”

What’s most interesting to me, besides the sum—$3.5 billion is a non-trivial portion of her $23 billion net worth—is that Powell Jobs felt the need to spin up a new organization and structure to disburse the money, when Emerson Collective already does plenty of environmental work across its sprawling network. Why set this up at all? One strong possibility is that this is about the legacy of the Jobs family, and not Powell Jobs herself—unlike the Emerson Collective, three of her family members sit on the foundation’s board. One of America’s most iconic families now has a separate, marquee foundation dedicated solely to protecting the planet—as a family unit, not intermixed with the 100-plus Emerson employees who answer to Powell Jobs. And just like Jeff Bezos, who has pledged $10 billion on climate-action projects, she has given the Waverley Street Foundation a 10-year timeline to get it done.

As her big-ticket philanthropy suggests, Powell Jobs has said that she plans to leave very little to her three children, ensuring the end of their dynastic wealth. So I was intrigued to see Powell Jobs getting her turn in the ProPublica tax-leak barrel, with the Emerson Collective founder (and ProPublica donor) serving as a primary character in a report about the “exploitation” of an estate tax loophole.

To some extent, this isn’t “exploitation” but a story as old as time: Of course wealthy people use every trick in the books to minimize their bills. Their lawyers and tax consultants and estate planners are paid millions to guide them towards various loopholes, in part, to ensure (and under the justification) that they have $3.5 billion to dedicate to saving humanity, even if it leaves the U.S. government poorer. But the power of the ProPublica stories, at least to me, comes down to their specificity—putting real names and numbers to tactics we understand in the abstract. Yes, you knew that trusts provide wealthy people the ability to circumvent the estate tax, but did you know that Powell Jobs has avoided about $200 million in tax by sending a half-billion through a GRAT?

GRATs, or grantor retained annuity trusts, are a huge part of the tax-minimization, asset-preservation, legacy-solidification industry. They’re wildly popular with wealthy families as a way to avoid the estate tax, for one. But they can also serve less controversial aims. According to her attorney Larry Sonsini, Powell Jobs set up a series of GRATs to ensure that her heirs can pay any estate taxes they owe with cash, rather than having to sell stock that could go to charity. In short, she’s fronting the money to her kids now so they’re not in the red later. In the pantheon of arguments I’ve heard in defense of various tax hacks, I find that reasonable, at least if you’d care to accept the underlying logic that the Jobs fortune is better left to philanthropy than the Treasury Department.

GRATs are among the many arcane loopholes now in the crosshairs of Democrats looking to finance their own spending plans. One leading Senate tax proposal threatens to retroactively tax money set aside in GRATs as part of a broader crackdown on estate-tax avoidance. As is true with any retroactive tax proposal, many wealthy people will object that such a move would be patently unfair. The issue is salient in Silicon Valley, where, I am told, some donors have been making their displeasure known to Democrats in Washington. Many wealthy people set up GRATs to function as charitable trusts, and so there is some anger that these do-gooder set-asides could be targeted ex post facto. We’ll see where the dust settles, but the tech billionaire set is paying attention.

None of this is fun for the Emerson team, which has generally avoided the spotlight. But sometimes the spotlight finds you. And as Emerson grows more sophisticated and expands its portfolio to encompass a broader range of businesses, it’s inevitable that it will have to muddle through the headline risks and mini-crises that the Blackstones and White Houses of the world confront every single day. That’s just table stakes when you are as powerful as Emerson has become.

This piece has been updated. 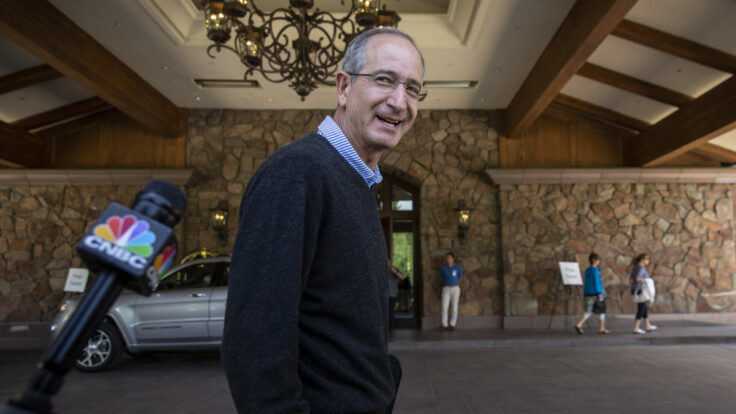 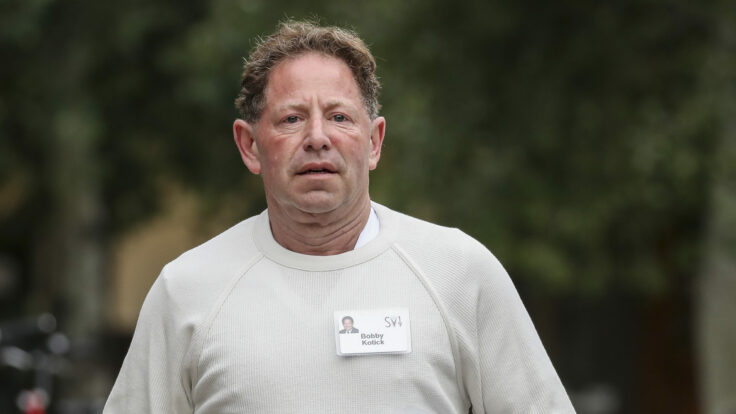 The Real Story Behind the Kotick-Nadella Deal 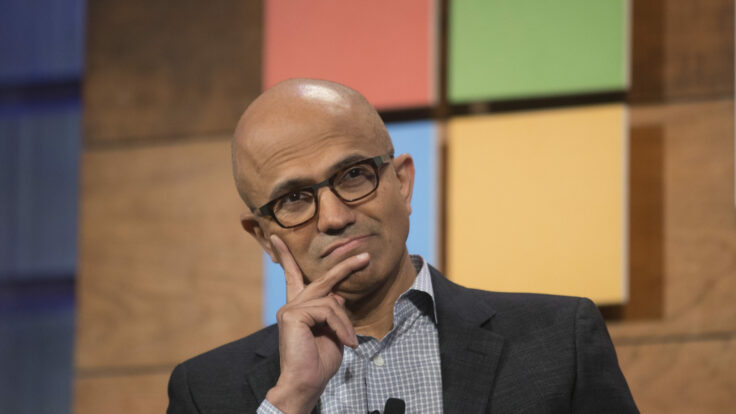 Will Biden Crush the Microsoft-Activision Deal?