Last fall, when Rupert Murdoch first proposed merging the two wings of his media empire—the more controversial and high-flying Fox Corp. and the more staid News Corp.—the ostensible rationale was the opportunity to integrate, synergize, and potentially expand a footprint into newer businesses, like sports betting, all while allowing the 91-year-old mogul to seamlessly give his favored son, Lachlan, reign over what remained of his kingdom. And, indeed, the Murdoch media assets are still voluminous: Fox, Fox News, Fox Sports, a slate of local TV stations, Tubi, Dow Jones and The Wall Street Journal, myriad U.K. and Australia news organizations, and HarperCollins, among others. Over time, this would also, of course, position Lachlan to sell the combined roll-up in one fell swoop. It seemed like a replica of the Shari Redstone estate planning handbook.

Naturally, of course, Wall Street had reservations about the deal: Was there actually a commercial rationale to merging these companies? How would ownership be divided among shareholders? And would it undervalue News Corp.? Did these businesses even belong under one roof? Did the simplified governance bestow any downstream benefits to shareholders?

Such concerns may have been allayed had Fox Corp. and News Corp. ever made it far enough to put forward an official proposal to shareholders, or not. Alas, before they even got to that point, the Murdochs decided to act on another offer: selling News Corp’s stake in Move, the parent company of real estate listing site Realtor.com, to CoStar Group, for what sources familiar with the deal say will net them north of $3 billion. Both sides have agreed to this deal in principle and are awaiting approval from the National Association of Realtors, after which they will need approval from regulators.

Barring any hiccups, the deal could close in 12 to 18 months and almost certainly generate greater value for shareholders. In the meantime, the Murdochs have withdrawn the merger proposal, noting that such a deal is “not optimal for shareholders of News Corp and Fox at this time.” They got their bag elsewhere, and will be able to reassess M&A opportunities after the recession.

The “at this time” clause is doing a lot of work here, though you wouldn’t know it from much of the press coverage. The Murdochs announced the merger withdrawal on Tuesday with no mention of the Move deal, leading most media outlets to suggest or imply that the deal had been scuttled because Rupert and Lachlan had caved to investor concern. It was only after news broke about the CoStar Group’s offer that outlets inserted the Move deal into their stories, Frankenstein-style, while keeping their original headlines about a scuttled merger intact. It was the latest example, Murdoch sympathizers might note, of the media bias against the family.

Now, to be fair, the activist investor Irenic Capital Management had pushed for the Murdochs to pursue a Move sale instead of a merger, though it’s unclear whether that was the catalyst for the Murdochs actions. Nevertheless, reports of the Fox Corp.-News Corp. merger’s death, and Lachlan’s dashed dreams, have been greatly exaggerated, as I’m told the Murdochs are likely to reconsider a merger once the Move deal closes.

“These layoffs did not need to happen,” the Washington Post Guild declared on Tuesday, after Post publisher Fred Ryan moved forward with his previously announced plan to implement staff cuts. Every layoff is tragic, of course, insofar as it represents an income lost, a family affected, a career sidetracked. Still, from the coldhearted vantage point of the corner office, the Post layoffs were relatively mild in the grand scheme of things: 20 positions were eliminated—around 2 percent of the newsroom—and 30 positions that had been open will not be filled. The Guild itself conceded that it could have been ten times worse. Layoffs have been taking place across the media in recent months—at CNN, NBC News and MSNBC, Vox Media, and so on—and often with far more casualties (CNN eliminated hundreds of positions).

Media layoffs often become collective grieving sessions on Twitter, and perhaps rightfully so. Still, the tone often betrays a fundamental disconnect between the rank-and-file and the front office—particularly when the layoffs occur at a privately held operation like the Post or The Atlantic, which are backed by wealthy owners like Bezos or Laurene Powell Jobs. When the trend of billionaires buying mediacos accelerated, within the last decade, journalists assuaged themselves with the notion that these mega-successful economic animals would view their work product like a piece of art or an heirloom. Alas, media is a business, and legacy operating companies must be profitable. The Post stopped being profitable—ergo the layoffs.

Indeed, the Guild’s assertion that the layoffs “did not need to happen,” or that “any job loss remains unacceptable,” betrays a belief that Bezos should be a benefactor who treats journalism like a philanthropic endeavor, when in fact he has been clear from day one that the business should be run like a business—which is to say sustainably profitable. If there are journalists or investments that are not advancing the Post’s business, the Post is not obligated to keep them around. Saying “the layoffs did not need to happen” is like saying the Los Angeles Rams don’t need to overhaul their offensive line.

The bigger challenge for these privately-held media companies may be one that Semafor’s Ben Smith identified earlier this week: Owners like Bezos, L.P.J., Marc Benioff at Time, Pierre Omidyar at First Look and Patrick Soon-Shiong at The Los Angeles Times usually took on their assets promising not just to support the journalism but to help revolutionize the business models. “The billionaires have mostly kept half of that promise, protecting journalists’ jobs and meddling little,” Smith writes. “But the other half of the plan—to find new models—has remained largely unfulfilled, as the money-losing outlets all continue to rely on their owners’ goodwill for survival.”

Finally, after one the lowest-rated years in its history, CNN’s woes are continuing apace in the New Year, a fact that was brought into particularly sharp relief with last week’s ratings. The network averaged a mere 444,000 viewers in primetime last week, with just 93,000 in the 25-to-54-year-old demo, and just 417,000 in total day, with 80,000 in the demo. These are some of the lowest numbers CNN has seen in almost a decade. Meanwhile, Chris Licht’s sole signature programming move to date—the Don Lemon–Poppy Harlow–Kaitlan Collins-helmed morning show—had its lowest-rated week since its launch last November.

The competition isn’t faring much better: While MSNBC more than doubled CNN’s total primetime audience last week, it nevertheless averaged just 91,000 viewers in the demo in primetime and a mere 69,000 in the demo in total day—numbers that underscore how a declining industry is fast approaching an existential crisis. Both networks’ performances in the demo are roughly equivalent to those of VH1, or TVLAND.

There was some positive news out of Hudson Yards this week, however: CNN Films, the original series and documentaries unit helmed by Amy Entelis, notched its second Oscar nomination for Navalny, a documentary about the famous Russian opposition leader. Of course, it is likely to be CNN Films’ last Oscar nomination as well, as Licht made the decision to effectively neuter that unit by halting all acquisitions of films and original series as part of his larger cost cutting effort. 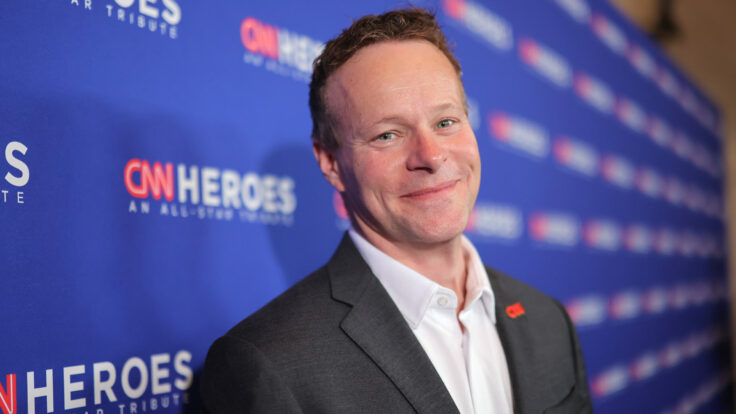 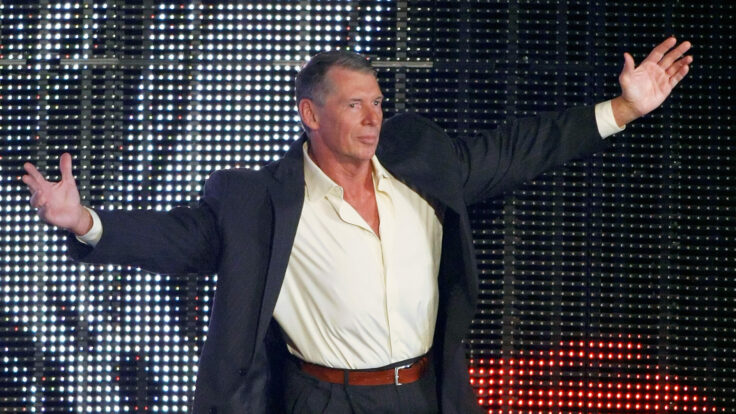