In May, Cyrus Vance, the Manhattan district attorney, convened a grand jury to consider whether the Trump Organization and any of its dozen or so employees, including Donald Trump and Alan Weisselberg, the company’s chief financial officer, should be indicted. At the time, Vance said the grand jury would meet three times a week for six months. Of course, that six-month clock ends next month, and Vance will be leaving office at the end of the year, replaced, most likely, by Alvin Bragg, the winner of Democratic primary race for Vance’s vacant seat. And so it seems like a fortuitous moment to consider the remarkable prospect of criminal charges being brought against Trump—and whether Bragg would actually decide to prosecute the case should the grand jury hand up an indictment of the former president.

At the turn of the millennium, I spent a month on a Manhattan grand jury. I was elected secretary, meaning that I was the one who tallied the votes of my fellow 23 jurists after each prosecutor’s presentation and the one who conveyed the votes to the Manhattan district attorney’s office. I learned more than a little something about the way people vote on a grand jury. And I am here to tell you that the old saw about a grand jury being willing to indict a ham sandwich is true, even if the actual expression is “a grand jury would indict a ham sandwich in the death of a pig,” which, as one district attorney told me, provides the expression an entirely different context. In any event, it is the rare grand jury that does not indict, just as it is the rare scorpion that doesn’t sting.

So, if one of Vance’s assistant district attorneys actually asks a Manhattan grand jury to consider the indictment of Donald J. Trump, it appears a virtual certainty that Trump will be indicted. That’s just what grand juries do, by and large. What exactly the indictment would say is anyone’s guess at this moment, and those who know what it might contain aren’t talking, for obvious reasons. But there have been plenty of rumors circulating around town about what Vance has been investigating. (Vance, a longtime friend, has, understandably, always declined to discuss the case. He declined to comment for this article.)

The case against Trump, should it come to pass, presumably unfolds along one of several paths. One theory holds that, before he became president, Trump and the Trump Organization intentionally inflated the financial projections on various buildings and golf-course projects shared with Deutsche Bank, in particular, in order to secure loans, including for the Trump International Hotel & Tower, in Chicago. Another theory has it that while Trump was inflating his financial projections to get building loans, he was representing to the Internal Revenue Service that the value of his assets was less than everyone thinks—less than how he used to boast about them publicly, anyway—in order to reduce his tax bite.

Both theories were famously offered up by Trump’s former lawyer and fixer, Michael Cohen, who alleged during his testimony before Congress in 2019 that Trump “inflated his total assets when it served his purposes and deflated his assets to reduce his real estate taxes.” The general contours of that story were seemingly confirmed by ProPublica, which later obtained property tax documents that underscore how Trump’s businesses presented different figures to lenders and to New York City tax authorities.

For resistance Democrats everywhere, it seemed prosecutors had their smoking gun. Obviously, if either such allegations were true, or were proved to be true, or a jury of Trump’s peers found them to be true, we would not have to give too much more thought to whether Trump would be running for president again in 2024 because he would be watching the Republican primaries from some white-collar prison in Florida.

But hold on a minute. Before anyone gets too exercised by the possibility of Trump in an orange jumpsuit, certain additional facts must be considered—facts that may yet complicate Bragg’s decision about whether to prosecute Trump, if he is indicted at all. First, by all accounts, we know that Trump rarely used email, which means the chance of finding his contemporaneous thoughts as he was seeking loans from Deutsche Bank or representing the value of his assets to the Internal Revenue Service will be a major challenge. There could be notes, or various other documents, that show Trump’s mens rea—his knowledge of criminal intent—but without them or contemporaneous emails, it will be very hard to prove just what Trump was thinking if and when he did these things. That’s an important strike one.

Strike two is the complicated reality of how someone like Trump, or a corporate borrower generally, actually obtains a loan from a Wall Street bank. The truth is that there is always a bit of a cat and mouse game when it comes to getting a loan, especially for a project that doesn’t yet exist, like a hotel and condominium building. It almost goes without saying that the underlying financial projections are pie in the sky. That doesn’t mean they aren’t, or shouldn’t be, based in reality, using genuine expected sales for the condos and genuine expected revenue from hotel stays, less genuine costs, such as construction, staffing, and maintenance, among others. But banks know these initial projections are basically fiction. That’s why there are  credit committees that make it their business not to be deceived by borrowers into making a bigger loan than can be reasonably expected to be paid back. Credit committees also are not shy about saying no. If there is any suspicion that the borrower has created unrealistic projections or might be disreputable or had already shown a pattern of default—as Trump certainly had by the time of the Chicago project, around 2004—credit committees know how to reject loan applications without offering much of an explanation, if any. They do it all the time.

The fact that Trump received loans from Deutsche Bank means that there are documents aplenty—which the bank has reportedly turned over to Vance—that would no doubt show Trump’s original projections and how the bank’s credit committee and bankers came to their decision. Those documents presumably include the Trump Organization’s potentially misleading “statements of financial condition,” which Cohen gave to Congress after his testimony. But such documents are not rigorously audited. The full version of Trump’s “statements of financial condition,” obtained by the Washington Post, include lengthy disclaimers warning that the figures therein are incomplete and not in compliance with normal accounting standards. Caveat emptor.

All we know for sure is that Deutsche Bank repeatedly made loans to Trump when few others on Wall Street would. One can hardly blame Trump if the bank, for whatever reasons, decided to take that risk. But chances are that the evidence will show that Deutsche Bank made him hundreds of millions of dollars worth of loans for a simple reason: the bank was comfortable that the money would be paid back. Unless Trump deceived the bank about how the money would be paid back, it seems unlikely there’s a crime embedded in Trump’s dealings with Deutsche Bank on the borrowings front. To me, it sounds more like the regular give-and-take that occurs between a borrower and a lender on the road to receiving a loan.

The potential strike three comes, believe it or not, from the IRS, which I am reliably told also has its own version of a credit committee, so to speak, that is responsible for doing detailed due diligence when there’s a hint that a taxpayer may be lowballing. Given Trump’s long history of disputes with the government, as documented magnificently by the New York Times, it does not seem the least bit crazy that the IRS would take a hard look at whether Trump was allegedly trying to pay less tax than otherwise required based on a more accurate valuation of his assets. (Trump has repeatedly claimed to have been under audit for years.)

If that “hard look” did indeed happen, as I suspect it did, then, as with Deutsche Bank, there would be a lengthy paper trail between Trump and the IRS, perhaps revealing that they came to some agreement about the values of his assets and the taxes that he owed, or owes, on them. That kind of back and forth, if it in fact occurred, would make a criminal case for allegedly deceiving the IRS very difficult to prove, too. (The IRS did not respond to a question about its internal machinations.)

I am the first to admit that all this is nothing more than informed speculation. I haven’t a clue what’s in the millions of documents that Vance has obtained from the Trump Organization, from Deutsche Bank, from Mazars, Trump’s accounting firm, or from the IRS (if in fact he has obtained documents from the IRS). I only know that Trump doesn’t use email; that banks have credit committees that produce lots of paper about the seemingly endless negotiations between lender and borrower, especially when the borrower, like Trump, has a spotty track record of repayment; and that the IRS, like a bank credit committee, doesn’t necessarily take a taxpayer’s word for the value of his or her assets when deciding how much tax a citizen owes.

Of course, getting the empaneled Manhattan grand jury to indict Trump or the Trump Organization could be easy. I suspect that will happen, and soon. The real challenge is what to do after Trump is indicted. That would be Alvin Bragg’s problem, and it’s a big one. Prosecuting Trump and failing to win a conviction would make the ex-president even more of a hero to his fanatical base than he already is, virtually ensuring his nomination in 2024 and greasing his return path to the White House.

You can probably count on one hand the number of cases you know in which someone was indicted for a crime but never prosecuted. That’s what happened in the Duke lacrosse case—the subject of my 2014 book, The Price of Silence—when three players were indicted by a grand jury for rape and sexual assault but there was no trial, only a secret investigation by then state attorney general (and now governor) Roy Cooper, who eventually exonerated the boys and declared them innocent.

That kind of thing is very rare. Usually what happens is that after there is an indictment, there is a guilty plea or a trial, allowing for a jury to decide a defendant’s fate, after evidence and arguments on both sides are presented and hopefully presided over fairly by a judge. But the more I think about it, the more I am coming to believe that the best course of action for Alvin Bragg, or whomever ends up succeeding Cy Vance as the Manhattan D.A., is to complete a careful and detailed review of the evidence against Trump and then to drop the case, unless the evidence is very different from what I suspect is sitting in the D.A.’s files. The consequences for martyring Trump might well exceed the failure to win a conviction at a criminal trial. 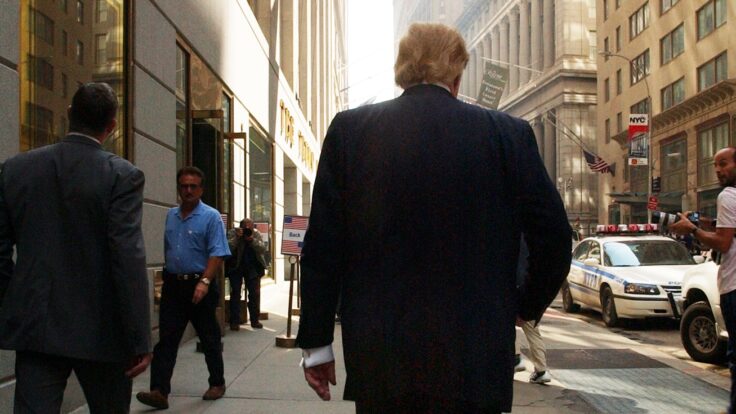