It was only a week ago that Sam Bankman-Fried, the 30-year-old M.I.T. grad who founded crypto exchange FTX, was flying high. Once said to be worth some $25 billion, S.B.F. made himself into the poster boy for high-concept philanthropic and political causes, as my partner Teddy Schleifer has documented. He sports a much different look today, of course, following a liquidity crisis that sparked a digital bank run and reports that S.B.F. may have let Alameda Research, his associated hedge fund, borrow billions from FTX’s asset pool. FTX has since filed for Chapter 11 bankruptcy, authorities are pursuing possible civil or criminal charges, and S.B.F. has resigned, handing power to John J. Ray III, who oversaw the liquidation of Enron, to manage the fallout. (Bankman-Fried profusely apologized this week, shortly after deleting a tweet in which he claimed, “We don’t invest client assets.” Whoops.)

What happens next to S.B.F.? I’m skeptical that jail time is really in the cards, as white collar fraud—if that’s what this is—is infamously tough to prosecute. Virtually nobody went to prison following the 2008 financial crisis. Then again, it’s impossible to assess S.B.F.’s criminal exposure without knowing more details, and from Bernie Madoff to Martin Shkreli, there are certainly those who do wind up behind bars. That S.B.F. is allegedly bunkered down in the Bahamas, and not on U.S. soil, is an ominous sign and likely won’t look good to those investigating him. (He has denied reports that he fled to Argentina.)

As for the bankruptcy, this one was clearly rushed. Usually, debtors file a bunch of what’s called “first day motions” to navigate an emergency situation, but here, FTX attorney Adam Landis submitted the bare minimum in Delaware Bankruptcy Court. “A telltale sign of pandemonium,” Brian Davidoff at Greenberg Glusker tells me. “They obviously scrambled to get the benefit of the automatic stay.”

FTX anticipated an avalanche of lawsuits and wanted to delay the impact, but this peace of mind will only last so long. Landis now has 14 days to provide a fuller picture of the company’s finances (although he could ask the judge for an extension). And as we’ve seen from other bankruptcies in the crypto space, from Celsius Network to Voyager Digital, there’s about to be a big brawl over who is entitled to what.

That’s partly because these deposits are not F.D.I.C. insured, and partly due to another unfortunate feature of the crypto economy: funds from customer accounts aren’t necessarily segregated. Instead, they are often pooled, susceptible to being lumped together with the trading exchange’s total liabilities, which, according to a spreadsheet seen by the Financial Times, was as much as $8 billion. Making matters worse, the recent volatility in the crypto market makes customer holdings even tougher to value.

Watching all of this will be a U.S. Trustee, who Davidoff expects to be particularly active here. Eventually, we could see litigation directed at S.B.F. himself over his transfers of money and culpability in whatever happened. With a criminal probe in the background, S.B.F. will need to maneuver all this quite carefully, although at the moment, he seems unwilling to avail himself of the Fifth Amendment right to shut up.

The other day, I rewatched FTX’s Super Bowl commercial. It’s really funny. Larry David plays versions of himself through history, expressing skepticism at inventions like the wheel, democracy, and the light bulb before the advertisement’s coup de grace. The FTX app is introduced—“the safe and easy way to get crypto”—and David replies, “Nyeeeeh, I don’t think so. And I’m never wrong about this stuff. Never!”

The blockchain may indeed be a great technological advance, but there was bound to be repercussions given the billions of dollars that speculators poured into the market with close to zero government oversight. In this way, the shifting face of S.B.F. as a symbol of sin is potentially the most significant aspect of what’s occurred in the past week. As one insider put it to me, “I think this sets back any pro regulatory efforts for crypto that the industry has made, and has given a major talking point to people like Elizabeth Warren, and others, for the need for greater consumer protection. It’s also hard to disagree with that.”

It’s true that many in the crypto community have sought the benefits of regulatory certainty—preferably of the light-touch variety overseen by an agency like the Commodities Future Trading Commission, rather than the S.E.C. As Reuters aptly put it nearly a year ago, when crypto executives appeared on Capitol Hill to discuss the possibility of regulation of digital assets, these figures wanted “bespoke rules rather than forcing the industry to comply with existing regulations” that would recognize crypto tokens as securities. (Until the FTX drama, the biggest legal news for crypto last week was a New Hampshire federal judge’s ruling for the S.E.C. in case against LBRY, a blockchain-based content distribution service.)

It’s ironic, of course, that S.B.F. was among those who testified before Congress. During his appearance, he patted his nascent industry on the back by favorably contrasting crypto with Wall Street’s misdeeds leading up to the financial crisis. “No one knew how much risk was in that system until it all fell apart,” he preached at the time. “If you compare that to what happens on FTX or other major crypto currency venues today, there’s complete transparency about the positions that are held.”

Now comes the aftermath, and it’s an ugly reckoning. FTX itself had some illustrious backers—Sequoia Capital, Softbank, BlackRock, Tiger Global, etc.—and it’s unlikely they’ll ever see crypto the same way. Nick Ducoff, a former securities attorney turned venture capitalist, told me, “I think V.C.s will need to have more oversight over how these companies are managing risk. It’s tricky because we want the oversight but then of course if on the board or treasury, [we] would also have the liability as a fiduciary and the regulatory frameworks are still very murky.”

One thing seems clear. It looks like Larry David was right after all. 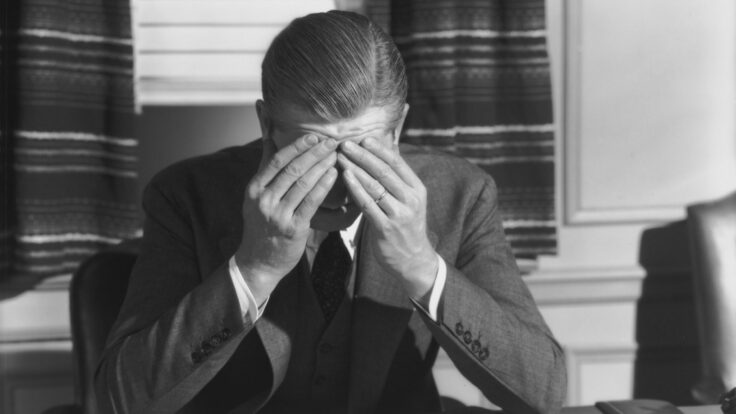 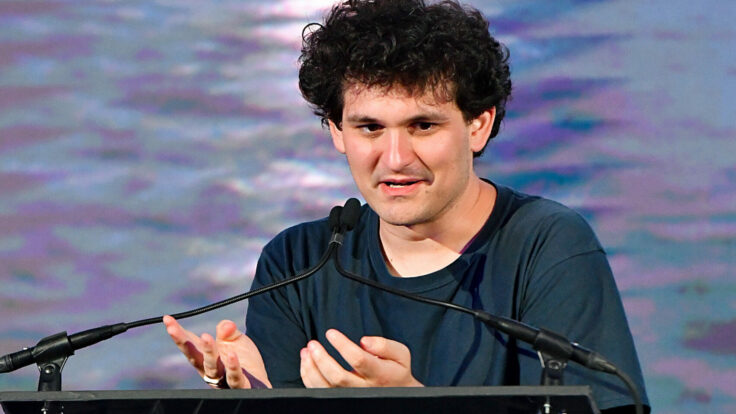