The bull-market bonanza has done more than just make the wealthy wealthier over the last decade. It has also supercharged the asset value of many Silicon Valley charities, which often invest their endowments in their founders’ company stock. There is no better exemplar of this trend than Elon Musk, whose personal foundation assets—much of which is likely Tesla stock—almost quintupled in value from summer 2019 to summer 2020, from $207 million to $930 million. Foundations invest in asset classes of all types, and if a donor makes a contribution in their company stock, foundations don’t have any obligation to diversify. I hear Tesla has been doing pretty well.

The soaring value of charitable endowments challenges the critics of the billionaire class. It’s true that Musk, for instance, hasn’t focused much on philanthropy, historically. But isn’t it better for a founder’s long-term ability to fund good works to single-mindedly maximize the value of his or her company? That’s an argument I hear all the time, although it strikes me as an all-too-convenient, ex post facto rationalization. Why not both? Would Tesla stock really suffer if Musk spent more time building out his foundation’s laughably-nonexistent website or adding to his staff, which currently has zero full-time employees? (Clearly he has plenty of time for Twitter.)

Musk has already made a remarkable transformation over the past year with how he talks about his charitable work, which is that he’s talking about it at all. After insisting for his entire public life that his philanthropic work was none of the public’s business, Musk is now almost boastful about his acts of generosity, however large or small. Ever since he first became the world’s wealthiest person, at the beginning of 2021, Musk has unveiled donations in replies to tweets ($50 million to St. Jude’s last month) and in press junkets ($100 million to the XPrize) while barefoot. One cannot help wonder if the increasingly-public posture is an attempt to preempt the sort of criticism that is inevitable now that his net worth has soared past a quarter-trillion dollars, leaving Jeff Bezos in second place.

Of course, the money in the Musk foundation coffers is just one rather quaint part of the story. More than 99 percent of the Tesla shares owned by Musk are still held by him personally, not by his charity. Which brings me to…

Uncle Sam Comes for the Billionaires

It would be a dizzying and extraordinary turn of events if it was Kyrsten Sinema, the obstinate Arizona moderate, who ended up paving the way for the United States Senate to pass a quasi-wealth tax. And yet there is a tantalizing possibility that Sinema could side with Elizabeth Warren to make progressives’ eat-the-rich fantasies come true. Democrats are trying to finalize a deal to fund their big spending bill, and Sinema is so hostile to raising taxes on corporations or high earners that she is reportedly talking with Warren about an alternate proposal that would target the 700 or so billionaire families in the United States.

You wouldn’t be at fault if your eyes had glazed over the last six months of breathless incremental reporting on Washington’s tax-and-spending fight. In the last few days, however, there seems to be real momentum: Sinema has not said anything publicly about supporting the plan, but Democrats are sufficiently optimistic about the possibility that they plan on including the measure in their compromise package. The billionaires tax, as proposed by Ron Wyden, should raise $200 billion or so over the next decade by assessing the fortune of these billionaires and then imposing a one-time tax on their total wealth; then in future years, they would pay a tax on any increase in value of their assets, or receive a deduction if they decline.

Many aspects of the plan are wildly controversial: a tax on unrealized capital gains would introduce an entirely new type of tax regime, and one that is sure to have a host of unintended consequences—logistical, constitutional, and otherwise. But in other ways it is wildly uncontroversial. A wealth tax on the ultra-rich—billionaires especially, not just your standard centi-millionaire—is consistently one of America’s highest-polling policy ideas, with broad support from both conservatives and liberals. And so while it is a long way from becoming law, the billionaire wealth tax appears to have a popular constituency in a way that other, already-killed proposals to tax the ultra-rich, like eliminating the step-up in basis, do not.

Finally, a few other odds and ends…

— Did you know that Mark Zuckerberg is no longer on the board of FWD.US, the advocacy organization he launched as its public face to much fanfare, back in 2013, in the op-ed pages of The Washington Post? I didn’t, and so I imagine you might not either. It was never announced, and public disclosures can significantly lag behind reality. According to a new-ish tax filing for the group, Zuckerberg stepped down from the board in mid-2019. His philanthropy, the Chan Zuckerberg Initiative, is still a major backer of FWD, which pushes for criminal-justice reform and an overhaul of the immigration system, and David Plouffe now chairs its board on CZI’s behalf. But the group so often labeled as “Zuckerberg’s” is now operating without him in a formal role.

— Did you know that your college reunion can also be a lucrative fundraising opportunity? I’m told that Cory Booker, who was in town this past weekend for his 30th reunion at Stanford, also hosted finance events on the side. Graduating from Stanford in 1991 has been a boon for Booker over the course of his career; “the internet happened—and it happened where he went to college at the time he went to college,” one of Booker’s college friends told me a few years back. Fellow Stanford alums in the former college tight end’s cohort include people like Reid Hoffman (’90) and Peter Thiel (’89).

— Speaking of Valley fundraising this weekend, did you know that venture capitalist and PayPal Mafia member David Sacks—another Stanford graduate (class of ’94)—had Florida Governor Ron DeSantis over to his Pacific Heights mansion? OK, I already tweeted about this one, but it’s worth watching this space. DeSantis is among the most popular 2024 presidential aspirants after Donald Trump, and he hasn’t been shy about cultivating potential donors ahead of the Republican primary. Sacks, who helped bankroll last month’s failed effort to recall Governor Gavin Newsom, hasn’t been shy about becoming a bigger player in GOP fundraising. 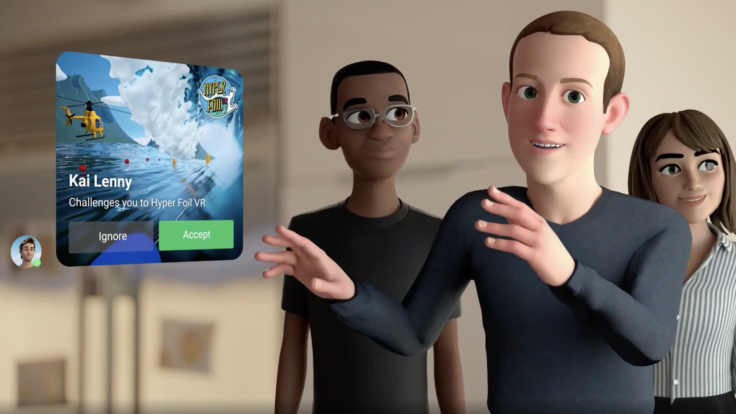 Facebook and Hollywood: A Match Made in the Metaverse?